Sarah Palin and the Media 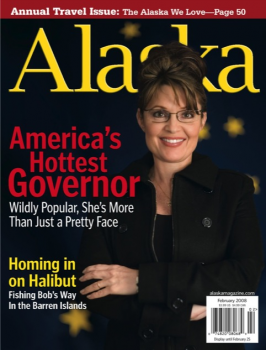 Governor Palin on cover of Alaska

In keeping with the FlowTV’s ability to publish timely pieces, we are excited to welcome you to this special issue addressing the media’s coverage of Republican vice presidential candidate Sarah Palin. In light of the overwhelming surge of discourse following John McCain’s selection of Alaskan Governor Sarah Palin as his running mate, the editors of FlowTV sent out a call for submissions which dealt with the media treatment, reaction, and handling of Sarah Palin – as a politician, a woman, a “Hockey Mom,” a wife, an Alaskan, and a Conservative. We received numerous submissions and have chosen a selection of articles that we hope provide a wide array of discourse and analysis of both Governor Palin and the media.

As always, Flow aims to facilitate dialog among our readers and it is our hope that these articles provide jumping off points for further conversation and debate. Our intent is to present critical examinations which encourage our readers to continue to think critically about our current media and political landscapes.