Back to the Future?: Television in the 1980s
Karen Lury / University of Glasgow 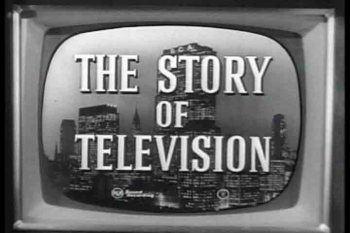 How to teach television’s history?

In my last column for Flow, I would like to offer – in the spirit of similar Flow columns in which writers have shared their experiences and frustrations of teaching and researching television – a brief descriptor and some rationale for an introductory television studies course I am about to start teaching here at Glasgow University. I have taught a version of this course for around fourteen years (both with other colleagues and sometimes on my own). However, having recently had a short break from teaching this particular course, I returned to the idea of an ‘introduction to television studies’ with some concern, having become increasingly aware that aside from the usual antipathy I previously encountered (from students who were primarily interested in film and had to be persuaded to become interested in television) there was now, additionally, a sense that as television itself was rapidly changing, and because I too had changed (particularly in my television viewing practices) that there was increasingly little common ground on which I might engage the students.

For our students, television is a comfortable and amorphous machine. Television does and will increasingly offer a range of different kinds of experience – passive viewing, interactive ‘entertainments’ – and whilst, in times of crisis or at major public events, it will still potentially address millions of people, at other times, it directs itself to an ‘audience’ of one. Now, more than ever, it becomes difficult to think about what television ‘is’ and to remember what it may once have been, or meant. We therefore decided to detach television from its own tendency to ‘chase the future’ and re-title the course making it entirely historical rather than offering our previous mix of older and more contemporary material. And it would be history – most of the students we will be teaching were born in 1990. Rewinding the course back to the 1980s (when many of the changes to television as an industry and as an audio-visual form originate) may seem like a radical decision but, in fact, it offers an opportunity to evaluate and think about ‘television as television.’ The course presents an opportunity to explore the particular pleasures and the strangeness of television in a way that can be informed but not overwhelmed by the students’ current and hugely diverse viewing practices. I’ve therefore attached a (shortened) summary of our course outline. I’m sure that some of the content and approach overlaps with the way in which many Flow readers have taught – or are teaching – their own classes. So I’m not presenting this as a model, rather as part of an ongoing dialogue with what I have found to be the central concerns in television studies: What was television? How should we study television in a way that takes politics and pleasure seriously? How do we manage the rapid changes within television as an industry and to television as a series of audio-visual texts? And how do we address the increasingly diverse viewing experiences of our students? Finally, how do we value, use and interpret ‘television as history’ and the ‘history of television?’

So, why television in the 1980s?
Could this be a horror story? An attempt to resurrect or reanimate sounds, images, performances and the kind of television that is better dead and buried? 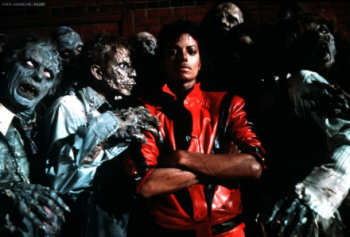 In some ways the course will be an encounter with the ‘living dead’, a spooky and uncomfortable experience. This is, in part, intentional: one of my ambitions as a lecturer and tutor is to make that very familiar medium – television – strange. We are not particularly interested in whether the students ‘like’ television, although we hope they will enjoy many of the screenings we offer. Instead I want to use the course to remind students just what a strange or uncanny medium television is. Television is an apparently parasitic form and Thriller, of course, is visually cannibalising the Hollywood musical and the zombie film. And like Michael Jackson, television has a contradictory and complex personality. The music video was one of the key audio-visual texts of the 1980s – a textual form and marketing tool that became increasingly cinematic – at least visually. In employing Thriller as our jokey point of entry, the question becomes: is television (as Jackson appears in this video), a friend, a monster or both? 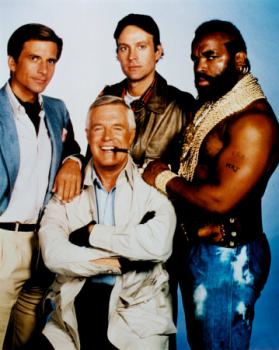 The A-Team, popular show from the 80s

As an introductory course a reasonable question might be why we are apparently restricting our study to this decade. We need to be careful that it does not become a nostalgic exercise and the course does not mutate into a version of the ‘I love the 1980s’ programmes so popular on British television. In these programmes, cheesey clips and inane talking heads are cobbled together and z-list celebrities make inspired observations such as how the ‘Snickers’ chocolate bar used to be called ‘Marathon’; or how ‘Boy George’ once said that he would prefer ‘a cup of tea’ to sex. It needs to be clear that the 1980s has been chosen as a key period in which we will (as in the name of a film from that period) take students ‘back to the future’ of television. How? Uniquely and co-incidentally it was a period marked by political revolutions both in the UK under Thatcher, and in the US, under Ronald Reagan. Mrs. Thatcher came into power in 1979 and was deposed in 1990. President Reagan was elected in 1981 and ended his second term in office in 1989. In both the US and the UK their periods of government serve as convenient markers which point to the end of a particular version (and vision) of society and to the economic foundations of that society. Both leaders and the changes they wrought throughout the 1980s provide the context for the individualised, consumer-led economy and society that we live in today. Television as an industry, as a public communicator, as a producer of images and fictions, participated in and reflected these changes. 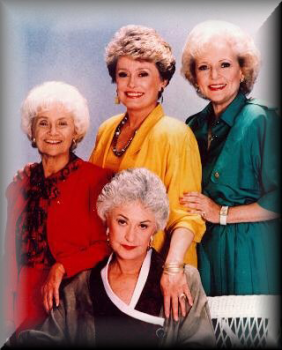 The Golden Girls – an example of a popular 80s show.

This is not an original idea: Jane Feuer, in her book, Seeing through the eighties: television and Reaganism, elegantly worked through some of the ideas and history that we will revisit throughout the course. And I think it worth establishing, as she does, that the course will not promote a ‘unidirectional’ model of television and society. From her introduction:

I will argue that just as TV images could not be said to have caused the eighties, neither could the eighties be said to have produced the images as a simple reflection of the times. Rather, I hope to complicate a base/superstructure model according to which Reaganomics produced, say, the TV series Dynasty in a unidirectional manner with a more complex and bidirectional model in which Reaganomics and Dynasty are viewed as mutually causing and mutually effecting each other. (p.2)

Finally, one of the reasons that we were able to go ahead with the course is due to the increasing accessibility and relative ease of video recording during the 1980s. Specifically, the domestic use of video tape and the VCR allows us now to access the everyday ‘noise’ of television then – its idents, the adverts and the ‘run of the mill’ programmes that made up the day to day of television. Previous to this period we are almost exclusively reliant on companies’ and broadcasters’ archives or on specially produced and packaged DVDs. Ironically, an example of this phenomenon and its inherent limitations is represented by the first screening of the course – Live Aid. In the booklet for the DVD box set (conveniently produced to commemorate the programme twenty years later) the producer explains how difficult it was to reassemble even this ‘landmark’ programme. We know that television history is a particular kind of archaeology. Although YouTube presents us with an abundance of clips, fragments and montages it can’t ‘recreate’ television as it was experienced. On the one hand, the ambition is to examine a period of television and an experience of television that is reflective of the past and to establish (or reconvene) a common ground for students (and their tutors) to explore and discuss issues central to television studies. On the other hand, although we will explore only television both from and of the past we believe that it will set the stage for an understanding of television now and in the future.