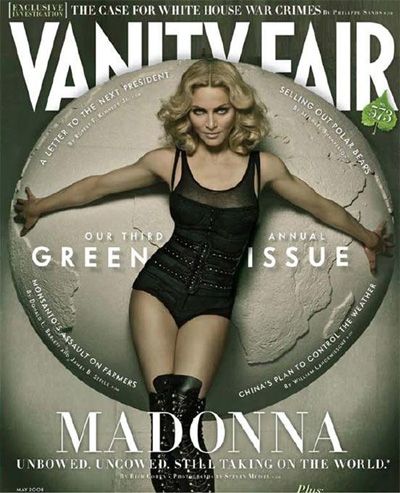 When it comes to saving the planet, there’s more than one kind of green.
—Annabelle Gurwitch, Wa$ted

The past two years has seen the explosive growth of green lifestyle media across the spectrum of the media industries: an entire literature has appeared almost overnight explaining how to “go green,” requiring bookstores to expand or create new “Environmental” sections to accommodate the plethora of new publications; the torrent of advice continues on newsstands, with magazines such as Vanity Fair or Elle producing  their own “Green Issue;” on the internet, portal sites such as Treehugger.com and innumerable blogs promote energy efficiency and the new environmental citizenship. Small wonder that the past year has seen growing concerns about “green fatigue,” a potential or actual backlash against sustainable living practices paradoxically produced by the media tsunami promoting them.

The reasons for the greening of lifestyle media are complex, but undoubtedly one of its key underlying causes is the emergence of sustainability as a new form of competitive advantage, triggering new forms of entrepreneurism seeking to capitalize upon it and the rapid emergence in recent years of a new green economy.1 The media industries have played a key role both in popularizing the discourse of sustainability and in turning it to their own economic advantage, and nowhere is this more true than in the case of television. The BBC series It’s Not Easy Being Green (2006) documented a family’s efforts to adopt an ecologically-friendly lifestyle on a newly-acquired farm; the New Zealand show Wa$ted offered a new kind of makeover show by instructing its participants in how to reduce their carbon footprint; The Sundance Channel’s Big Ideas for A Small Planet showcased environmentally-friendly design products and technological initiatives; the BBC’s reality mini-series Dumped outdid Survivor by depositing a team of unsuspecting non-environmentalists on a landfill site for three weeks and forcing them to survive by building a shelter from recycled refuse and scavenging waste food. Television’s green makeover culminated in June of this year with the re-branding of the Discovery Home channel as Planet Green, billed as “the first all-green TV network”. Ostensibly the first cable network devoted exclusively to sustainability issues, it features an American clone of Wa$ted and green versions of formats familiar from HGTV or E! Entertainment, while its recruitment of the Food Network’s top celebrity chef, Emeril Lagasse, has consolidated the network’s brand identity. Neighboring lifestyle channels such as the Food Network or Travel Network have been quick to incorporate green programming into their schedules.

Video: Have you seen the new green?

Rather than television’s latest exercise in mind control, I’m inclined to see its recent environmental turn as a typically opportunistic move by media executives who know a new market niche when they see one. The rise of green entrepreneurism and the rapid expansion of the new green economy have not been lost on television, as network executives continue to seek new ways to ensure the relevance of their brand in an increasingly crowded marketplace. From this perspective, lifestyle television’s green makeover can be seen as a savvy attempt to tap into the emerging green economy and its affluent, cosmopolitan consumers. For all its rhetoric of “saving the planet,” however, green lifestyle TV remains committed to reshaping individual conduct in accordance with the agendas of green business, and to delivering its target market: the new green citizen-consumer.

At first sight, today’s green lifestyle programming has much in common with existing forms of lifestyle television and employs similar strategies: lifestyle TV’s tongue-in-cheek cop-show format, for example, familiar to viewers of What Not To Wear or Garden Police, is reproduced in Planet Green’s Wa$ted, where hardened “eco-criminals” are placed under surveillance and branded as “guilty” of environmental abuse before being taught how to reduce their ecological footprint. Whereas earlier forms of lifestyle television worked on remodeling the self in discrete areas of everyday life (home decorating, fashion, diet, cleaning, the garden), however, the new environmental citizenship significantly extends this project, encompassing the totality of everyday conduct and monitoring previously unregulated micro-practices, from taking a shower in the morning (4 minutes is enough) to turning off the (CFL) lights at night. Green lifestyle programming accordingly extends across the spectrum of existing formats, including green news, green renovation and real-estate shows, green fashion, green food, green travel, and green celebrities. 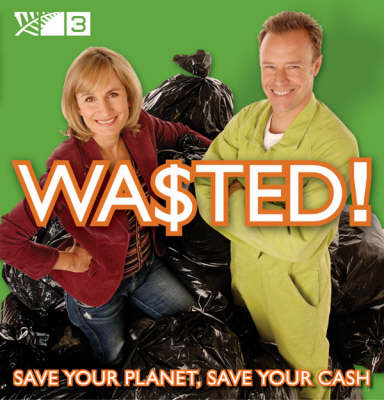 Lifestyle television is typically seen as an instrument of economic neoliberalism in its promotion of models of citizenship predicated upon consumption and its insistence on participation in markets, whether as buyer or seller. At first sight, green lifestyle TV appears to mark a departure from this model in its critique of unregulated consumption and promotion of sustainability and efficiency. Finally, it might seem, the toaster-with-pictures is making itself useful, teaching a progressive social agenda rather than the finer points of wine pairing. It is only when we consider the green entrepreneurs, designers, and their products who monopolize green airtime, and the boosterish treatment they receive, that a nagging anxiety sets in. Far from entailing a break with the neoliberal consumer culture championed by earlier forms of lifestyle television, green lifestyle programming arguably represents its latest frontier: green consumption. As one entrepreneur smugly explains in an episode of Big Ideas for a Small Planet, the promise of the new eco-capitalism is guilt-free consumption, the fantasy of consumption without waste—everything is recycled! Waste in all its forms—energy, water, garbage, and most important of all, money—is the central fixation of green lifestyle television, but its elimination only initiates a further cycle of consumption in the form of energy-efficient appliances, blown-in wall insulation, solar panels, smart lighting systems, recycled building materials, fuel-efficient vehicles, composting systems, and eco-furniture, not to mention the expert services of those who design and install them. These products and services do not come cheap, and often seem available only to affluent green entrepreneurs themselves. Green lifestyle TV presents us, in fact, with what Jean Baudrillard might have called a new system of green objects—not a critique of neoliberal political economy and its culture of consumption, but a recycled, eco-friendly version of it.

Green lifestyle television’s championing of an environmentally responsible citizenship ostensibly departs from conventional forms of lifestyle television in privileging cosmopolitanism over narcissism, altruism over individualism, as principles of social action. While “saving the planet” is invoked with mantra-like insistence, however, the focus of attention remains the individual self: “carbon-neutral,” “no-impact” or “off-grid” lifestyles offer new forms of social distinction (for those able to afford them), while the real reason why we should go green is signaled by the ubiquitous dollar sign in the title of Wa$ted itself and the trashcan of dollar bills dispensed to happy families at the end of every show of the projected annual savings generated by their new green lifestyle. “The planet” remains almost incidental to the real business of generating income by saving on energy costs, an ideological screen for the projection of an imaginary cosmopolitan citizenship.

Media studies’ attention to environmental issues has to date focused almost entirely on the problem of electronic waste, the mass dumping of television receivers and computer hardware in landfills in Asia or Africa.2 While this is clearly a serious issue, the developments I have described suggest that the question of how media studies relates to environmental issues is no longer—if it ever was—just a question of waste management. Green lifestyle programming also problematizes existing approaches to lifestyle television, which until now have focused primarily on sociological questions of connoisseurship and the naturalization of bourgeois taste. Aside from the conceptual emptiness of the “green” signifier itself, something has clearly been going on in lifestyle television. What that is, and whether green programming represents a progressive new direction for television, or simply business as usual, is a discussion we urgently need to begin.