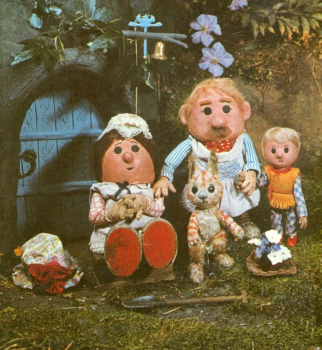 In the last class for a course I taught on children’s television, I decided to use the theme of nostalgia. It seemed appropriate as the class was largely made up of final year students, some of whom I had taught for four years. I set readings from Henry Jenkins (on the various television series of Lassie),1 one of Adam Philips’ essays in The Beast in the Nursery2 and a chapter from Stuart Jeffries’ childhood memoir, Mrs. Slocombe’s Pussy.3 For the screening, I chose one programme, Pogle’s Wood, shown on the BBC in 1966-1968 and some of the students’ choices, which included a children’s pre-school show Playdays, an animated series The Animals of Farthing Wood, as well as a 1980s BBC adaptation of Five Children and It (obviously most of the class had been children in the 1980s). The screenings had been selected via a poll of favourite children’s programmes that ran throughout the eight weeks of the course, on a shared website. At the beginning of this last class I asked them to write a few thoughts about why they had chosen the programmes and what they had felt about seeing them now – as adults and in a non-domestic context. This column is a response to their and my own thoughts about our memories of children’s television.

Nostalgia is a sadness without an object, a sadness which creates a longing that of necessity is inauthentic because it does not take part in lived experience…Nostalgia, like any form of narrative, is always ideological: the past it seeks has never existed except as narrative, and hence, always absent, that past continually threatens to reproduce itself as a felt lack.((Susan Stewart, On Longing: Narratives of the miniature, the gigantic, the souvenir, the collection4

Speech leaves no mark in space; like gesture, it exists in its immediate context and can reappear only in another’s voice, another’s body, even if that other is the same speaker transformed by history. But writing contaminates; writing leaves its trace, a trace beyond the life of the body.5

As Roger Silverstone suggested, it may be that television acts as a transitional object.6 That is, it bridges the interior world of the self, which is, in infancy, without words but nonetheless strongly felt, to an exterior world, full of symbols which refer and conceptualise meaning and emotion and which allow us to communicate with one another. Indeed, the channels of exchange in children’s television are often concerned explicitly with the passage of sounds into words, and words into explanations. Equally, many shows conceptualise emotions but also allow space for the free range of those emotions, although tears are surprisingly far less common than you might remember. 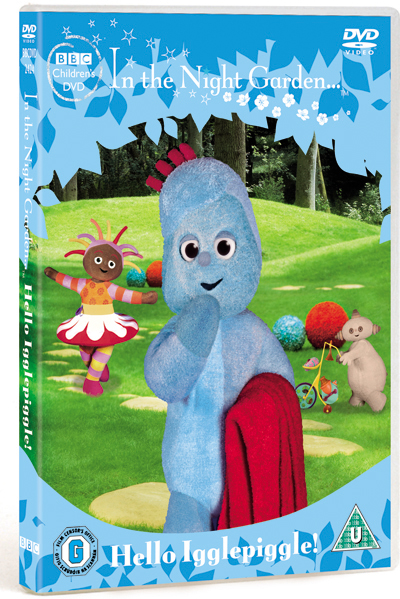 ‘the irregular…the oddity, the unpredictability of what each person makes of what is given; the singularity borne of each person’s distinctive history.’7

In the end, nostalgia always frustrates the desires that fuel its search for a more perfect past. We can’t trust our feelings, memories, or myths. Things are not the same. They never were.8