Uncle Stevie vs. Aca-Fan: What CopyBlogger can teach us about Popular Scholarship 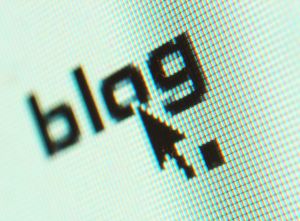 7 Ways to expose your scholarship to the world.

As someone who writes and teachers about popular culture, I’m always playing catch-up with full season marathons of television shows. Right now I’m watching The Tudors. Like SF & F, I love period pieces for their imaginative wardrobe possibilities. When The Tudors is on, I want to be able to look up every minute or so to see what new exquisite costume they will display next. Unfortunately, I can’t read Henry Jenkins’ Confessions of an Aca-Fan blog and keep up with the wardrobe! Although it is “bloggy” it is still very “academicy” as well (ie, a lengthy, constructed scholarly effort that demands I stay focused on the blog at hand). 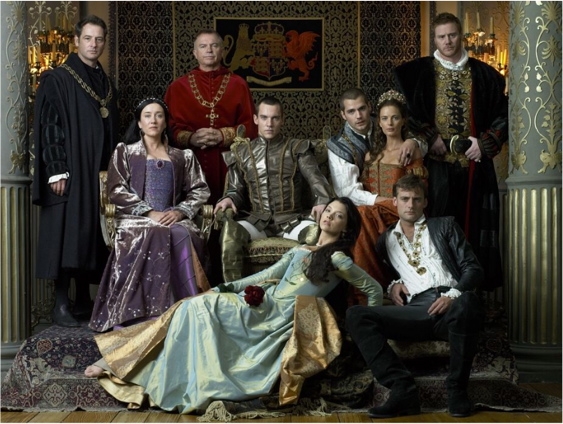 The cast of Showtime’s The Tudors in all of their finery.

But my efforts to combine my popular culture interests with my academic pursuits are not the point here. Instead, in a time when the academy is increasingly being considered irrelevant or out of touch with the real world (especially “those” researchers who seem to shy away from practical application at the end of a research project) shouldn’t we be making an effort to invite “real world” readers into our scholarship? And with the 1.2.3. easy publication capabilities of web 2.0 technologies, why aren’t researchers being more transparent, making themselves accessible to the “real” world? Oh, wait, they are! Henry Jenkins is blogging; and those blogs are easier reads than his scholarly articles and books. But I still can’t watch The Tudors and read Jenkins’ blog. I can, however, read Uncle Stevie (Stephen King’s “The Pop of King” column in Entertainment Weekly), along with various technology blogs that keep me up on cool new techie-tools and toys I might incorporate into my teaching (LifeHacker, ReadWriteWeb, and Web Worker Daily to name a few). 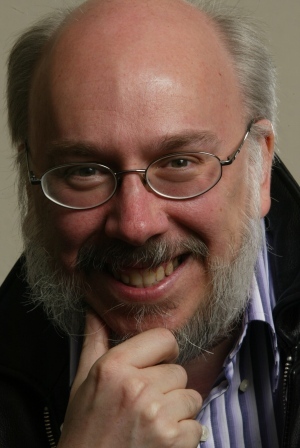 Henry Jenkins, the scholar behind Confessions of an Aca-Fan.

So how is Uncle Stevie different from Henry Jenkins and other academic bloggers? Copyblogger, another one of those techie blogs I like to read, has some features that might help put this into light.

Lists
Lists are what first “got” me with Uncle Stevie. How can you turn down the list of the king of horror’s top movie or reading picks for the year? After reading one of his top music lists, I tracked down, downloaded, and made a 2006 Stephen King mix on my iTunes (I’m late on catching up with 2007). But more importantly, lists are engaging and easy to read (especially while glancing up at what King Henry VIII or Anne Boleyn, are – or aren’t – wearing). Not only am I making Stephen King playlists for my iPod, I use King’s various lists to start discussion at family gatherings. But, as always, “too much of a good thing is a bad thing” and Uncle Stevie doesn’t use lists all the time.

Brevity
Brevity is what keeps bringing me back to Uncle Stevie. I know I can consume an entire article during a commercial break. But who watches live television anymore? King’s articles are only one to two digital “pages.” Although King’s articles aren’t only made up of the bulleted lists and highlighted key words that are supposed to support how people read on the web, he does get the idea that one idea per paragraph and a focused topic for the article allows the reader to move quickly, and break away for quick glimpse of a broach or necklace as needed. 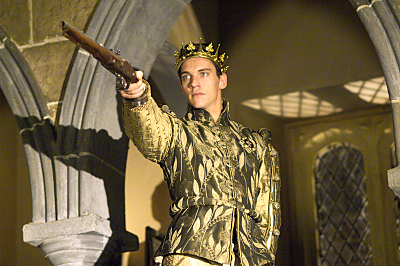 Improvisation
King knows he’s juggling multiple audiences: EW readers, EW editors, and himself. “The Pop of King” is published in EW; these readers want to know what is hip, in, and cool to consume. But they don’t just want the list, or suggestion, they want the short story that’s going to make it stick as well. So, for example, we get his listing of what actors are cool, which begins with a grammatical mini-lecture about the word cool. The writing teacher in me loves it. King also appeases his editors with the annual top 10 lists. But ultimately, I think King also “keeps it real” by writing about things that matter to him. And in a column that is mostly irreverently upbeat about popular culture, his reflection on Anna Nicole clearly came from a heartfelt, slight self-identification with the harsh reality of America’s celebrity factory.

Cosmo Headlines
Or sub-headlines…I’m still giggling about “pop dope” since I first read it. Popular culture is addictive and I can’t wait to see Anne’s wedding dress next season! King headlines many of his articles with movie titles. Like Clark’s CopyBlogger article says, these titles draw me in with the question “how will he connect the movie to the content this week?”

Generating Comments
Chartrand at CopyBlogger says wrapping up the text into a nice little package doesn’t invite the reader to participate. In the academy we are trained to point out problems, have a thesis as a solution, support the solution, address objections, make refutations and call it good. In this article about Amazon’s Kindle, King asks lots of questions, providing some of his own answers and leaving lots of space for readers to comment, and they did! 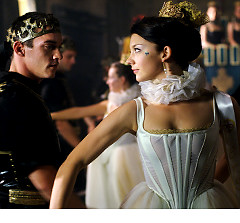 Go Big or Go Home
Who the hell is Stephen King to rank music? He’s a writer by god! But hey, he’s the King of Pop, right? You can balance taking a stand and leaving space for your readers to engage. Being bold makes people want to engage with you. Not to mention you might receive some great provocative and generative comments.

Academic Writing is Bad!
Do I really need to explain this? If these tips are designed to make your scholarship accessible to a “popular” audience, your tone and style needs to be appropriate. Even in his serious piece, after the tragedy at Virginia Tech, about predicting violence through writing, King still uses a conversational tone and style.

One last costume change before concluding.

I’m not saying we should “dumb down” academics. Instead, I’m proposing we take advantage of web 2.0 technologies. Of course, Flow is an example of what I’m suggesting: a great forum for popular scholarship, i.e. a rhetorical repurposing of our regular scholarship for a broader audience. Notice, these CopyBlogger tips are not necessarily getting you tenure; they’re not supposed to. But heck, they might increase the number of people outside of the academy who purchase your next “serious” book. Hopefully one of the characteristics of scholarship in the 21st century will be the academic coming out of the white tower and calling all the kids around the campfire for a few stories, just like Uncle Stevie.

What steps have you taken to make your scholarship available to a general audience?
How might you use your pop dope addictions as transitions to connect general readers with your scholarship?
What pop dope are you currently addicted to (maybe I should be too)?

1. 7 Ways to expose your scholarship to the world.

2. The cast of Showtime’s The Tudors in all of their finery.

3. Henry Jenkins, the scholar behind Confessions of an Aca-Fan.

6. One last costume change before concluding.