Confessions of a Television Academic in a Post-TV World 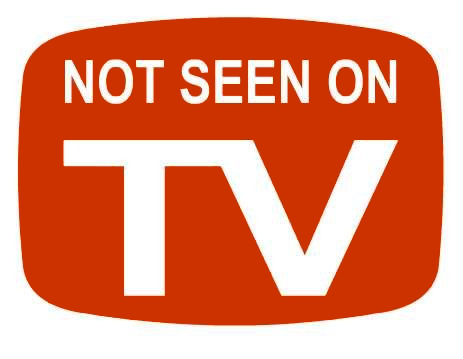 The recent translation of Pierre Bayard’s book How to Talk about Books You Haven’t Read (Granta, 2008) caused a little stir in the review pages of various newspapers in the UK. The book’s basic premise was to suggest that we should stop being anxious about the books we haven’t read and accept that it was of similar value to ‘know something’ about the book – its ‘place in the culture’ – and that we should feel free to discuss books we hadn’t read, and instead make informed observations from the reviews and the opinions of others.

Like many Flow readers (I suspect) as an academic I have already been doing this for years, though since I teach film and (and mostly) television studies, this is more often in relation to films and television programmes I haven’t seen. In fact as time passes I know that I talk, though I don’t write, in what I hope appears to be an informed manner about entire television series I haven’t seen. (This would include The Sopranos, Curb your Enthusiasm and Desperate Housewives.) For instance, I could tell you about Desperate Housewives’ intriguing generic mix that borrows from Twin Peaks and the suburban sitcom, or about Teri Hatcher’s life story and her use of botox, but I couldn’t tell you what her character is called.

Perhaps I should come straight out with it – and I’m not proud about this – I don’t watch television very much at all. In fact, I don’t watch TV (much) anymore. It might seem that I’m in good company here; after all, it seems that some of the coolest people don’t either. On closer examination however, what they actually mean is that:

1) They don’t watch ‘mainstream’ television – network television in the U.S, or the ‘terrestrial channels’ in the UK – but niche cable or digital channels (HBO, BBC4).

2) They don’t watch the ‘TV’ anymore but use a screen to access television programmes when they want. In the UK they might set up personalised schedules via Sky+ (or in the US via Tivo) or they ‘gorge’ on box-sets of programmes (in the UK this is often American series such as Dexter or Heroes)

3) They watch audio-visual content but on a computer screen via sites like YouTube, or ‘best bits of’ sites, or news channel sites but they no longer watch television on the television screen.

This is, for some, television viewing in a post-TV world. Unfortunately, I don’t do this either. At least I almost do, I saw four episodes of Dexter (after the recommendation by a ‘Flow’ columnist) but I couldn’t be bothered to watch the rest. Luckily my husband did, so I know who the ‘ice truck killer’ is, although I didn’t watch the episode where he’s first introduced.

So, what do I do? Read a book, fall asleep, do the washing up, you know, ‘stuff’. Why don’t I watch television anymore? – I used to, maybe four or five hours a night and in the mornings too. Of course, there are obvious social and domestic reasons why I would watch less than I used to – I work full time, I have three small kids, I’m getting older and I fall asleep earlier than I used to. And, as time passes, the novelty of watching television ‘as my job’ has dissipated and it now feels like work. Equally, perhaps, as I’ve aged, I’ve become more wary, more vulnerable and less robust – I resent it when television ‘sucks me in’ as E.R. can still do. I have a muted but increasingly stubborn resistance to being pulled in to a narrative trajectory I’ve seen before, that creates an emotional charge that seems like a waste, getting trapped into a sentimental tango with characters that will die off or leave, who will be replaced by others that might drag me back to the dance floor all over again. And, although I do hover over the television when its watched by other members of my household and I still occasionally hang around for the punch lines in Scrubs and The Simpsons and I am intrigued and pleased by the absurd aesthetics of In the Night Garden, I no longer feel like watching, I no longer regularly watch, I actively choose not to watch.

So what? I’ve been watching television since I could sit up on my own – haven’t I watched enough?

No, of course I haven’t. It is my job, and I recall my early irritation with more senior colleagues who used to laugh politely about how they ‘didn’t watch television’ (mostly film colleagues, but sometimes they taught television too.) I remember my amazement when sub-letting an apartment from a film studies lecturer in my department that the television didn’t have an aerial (which meant they couldn’t have watched broadcast television). I also remember cheekily pointing out that John Ellis, in the preface to Visible Fictions, ‘outs’ himself as a ‘cinephile’ and that by admitting that he watched only certain genres of television he would necessarily limit his view of television itself. And I felt wholly supportive of the way in which television studies became increasingly informed by feminist-led research that addressed how television was watched by people (women) other than male academics and thereby uncovered new genres and pleasures for analysis as a result. Now the current generation of television scholars are led by male and female ‘fans’ – academics who are frequent and heavily invested viewers – who have encyclopaedic knowledge of their favourite series, who watch and enjoy television across a variety of different genres, who are generally indifferent or gleeful about enjoying and critiquing a mix of highbrow and lowbrow programming.

I’m getting left behind; and I can’t afford to do this because I know that television is inherently about ‘keeping up’ – a pressure driven by the ‘this-is-next-ness’ of television’s narrative dynamic. And I passionately believe that understanding television is about understanding context, about mood, about the groove that television makes within and between private and public lives. I need to get back on the dance floor. That I haven’t, is partly because so many popular programmes now rely on public humiliation (I’ve always been a wimp about this) and partly because as there is more space – more channels, more scheduled time – the programmes have got longer and longer yet paradoxically shorter and shorter. I feel disoriented by the time warp of ‘Discovery’-ised documentaries with fifteen minutes of content and a sixty minutes running time and overwhelmed by the increasing dominance of the US series with twenty or more episodes (where each episode has the same narrative arc). The dominance of the format in contemporary television simply increases my feeling that, after all, I really have seen enough, or at least that I have seen it all before.

Certainly, this is my problem, but my disenfranchisement from television is also related to a larger concern: television is not a book, or even a canon of ‘approved’ books. What you used to get from television was not intellectual capital (the kind Bayard describes), or a fan’s acquisition of high intensity insider knowledge. It has, or used to have, a public role that was not just about ‘knowing something’ but feeling. Television engaged the private me – us – with public life, with a ‘structure of feeling’, to use Raymond Williams’ well-worn phrase. Not just with what was happening in the news, but by gauging the emotional temperature of the mass audience who, whether they liked it or not, watched many of the same programmes at the same time and in which we sometimes recognised ourselves and, more often, recognised other people. Television used to mediate – however imperfectly – between private and public selves. As production and reception are privatised and tailored increasingly to individuals, that sense of the audience as a ‘public’, rather than a heavily invested community of fans or as a ‘demographic’, has eroded. The common culture of ‘public concern’ and ‘public sentiment’ articulated by ‘old TV’ tried to secure ‘public opinion’ and in reality this was often met by a healthy mixture of participation, resistance and scorn; nonetheless it meant that ‘we’ had something in common. In a post-TV world I no longer need to watch television that is ‘not for me’ and is no longer about ‘we’: in fact I might just as well read a book.