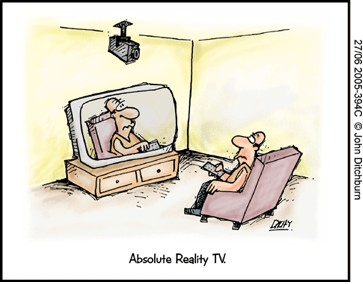 In pursuit of authenticity, novel forms of reality television serve to reify the self as the only genuine formulation. Suspicion of, discontentment with, skepticism of, and mistrust for scripted and fictionalized content has rendered the popularity of individuated accounts of “reality.” Absolute reality television, is not simply what Jean Baudrillard (1995) describes as a simulacrum but also an actively-conceived idea that reality both exists and is the frequent subject of distortion. Therefore, responses by an engaged media-savvy public highlight the clear incongruencies between this public’s milieu and that which is depicted in mainstream media.

By juxtaposing media power and audience resistance as contending axioms, he puts the onus on audiences to respond to media. “[F]or some scholars, audience oppositions to the ideologies inscribed in media—critical interpretations, lack of interest, and so on—constitute a form of resistance against ruling power” (p.15). For others, the ruling power assimilates resistance narratives instead allowing them to vent while maintaining the status quo, pseudo-resistance. Hunt then tries to identify the nature of “real” resistance and questions whether we would even know it if we saw it (p. 16).

However, where Hunt leaves off is where a novel form of audience resistance begins, one that goes beyond the interpretive realm of decoding and the sociological contextual reading of media texts. Instead, it exists in the realm of paradigmatic transformation whereby authorship is reevaluated. While I am trying to avoid the characterization of such processes, the blurring of lines between audiences and authors, readers and creators, consumers and distributors becomes the integral characteristic of this new form. This can be seen as upheld by the audience polysemy and manifested through unique and often disjoint forms of mediated intertextuality. So forms of audience resistance embed intertextuality to reduce or coerce the decoding. Some are infused with hyper-inscribed intertextual signification so as to become inundating. These and other characteristics often show the possibility of such audience narratives becoming an inchoate part of the “cacophony of resistance” of hyper-inscribed media texts

In my last column, I tried to zero in on the increasingly visible, although long-standing, phenomenon of racializing Arabs in the American televisual media as an example of such a problematic. While this is too pervasive a condition to chart comprehensively, the few basic exemplars I provided suffice to illustrate it. Beyond what appears to be a holistic and all-consuming rhetoric of demonization, there is an apparent ferment among Arab audiences and publics who have sought alternative modes of communication to both register their dismay at this repertoire of redundant portrayals and to devise an oppositional rhetoric to contest it. These novel forms of mediated audience resistance blur the lines between audiences and media, between message-construction and reception, between encoders and decoders, and between mainstream and alternative media content.

The first form of mediated resistance is performed when an interlocutor confronts the media narrative itself not just the subject matter up for debate. This often incorporates the mainstream discourse itself but is characterized by a de-shrouding of the underlying logic of the medium’s ideological notions. These moments are interruptions of what would otherwise be a contiguous and continuous rational discourse. One example of this is an appearance by British Member of Parliament George Holloway on SkyNews where the politician breaks the stylistic broadcasting mold by shattering the formatting “façade” of the news report, accusing the anchor or bias and collusion, and offering a corrective view of the news event—the summer 2006 Israel-Lebanon (Hezbollah) war.

Besides these critical interventions, which utilize the mainstream medium itself to express dissent, the second form of resistance narratives seeks alternative venues for self-expression. While appropriating elements of discursive construction from mainstream media, the objective of these is focused on the institutions that uphold the political, economic or cultural establishments in their holistic or particular expressions. Nonetheless, these continue to exist within the domain of discursive interpretation.

Take for instance the Palestinian (Israeli Arab) rap group DAM (which spells the word ‘blood’ in Arabic). The group’s first popular track and video, Meen Irhabe? (Who is the terrorist?), where posted on the Internet to popular viewership and referral. The group became an instant sensation among Palestinians and Arabs online with the YouTube video drawing much attention. While DAM may not be the first Arab rap group and hardly innovators in the genre, the visual imagery in the video is unique as it is an edited composite collage of actual mainstream news footage of the Palestinian-Israeli conflict. The song and the video’s dissident nature are embedded in the discursive argument, which negates the conventional depictions of Palestinians and their conflict with the Israeli state in the Western media. While the band has since become a success among Palestinians and Arabs in the region and the diaspora, they have higher end production value. Nonetheless, the group’s beginnings were firmly rooted in a language and aesthetic of mediated resistance. 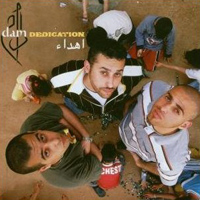 A third category of mediated resistance falls under the traditional alternative/radical media definitions as described by Downing (2000), Atton (2002) and Couldry & Curran (2007). This is media programming that is entrenched in a political perspective and attempts to construct itself as contrasting to mainstream media. The channel itself prescribes to such a counter-hegemonic discourse and is a center for antagonistic dissident resistance, which at its root is critical not only to the political status quo but accuses the popular media of alignment with it. An example of this vis-à-vis the Arab public is Lebanese Islamic political movement, Hezbollah (‘Party of God’), whose television station Al-Manar is emblematic of such a service. Offering an alternative view of the conflict in the region and representing the often neglected concerns of the country’s significant Shiite population, (Norton, 2007) the station presents an alternative account of news events from the Arab world generally, and Lebanon specifically, offering an alternative account on most regional occurrences.

Aside for its role as a news provider, Al-Manar is also the official voice of Hezbollah’s political and military arms. Various video clearing houses such as YouTube contain simple videos which are edited by Hezbollah supporters with English translations to energize their base, memorialize the summer 2006 war with Israel, and shift mainstream Western media attention from their characterization as terrorist organization to that of a liberation movement. One such video incorporates components from American cable television news as well as Al-Jazeera and Al-Manar footage, the film utilizes mainstream media content to repackage and oppositional narrative to act as a corrective to the source.

The movement and the political party have also recently directed its attention to other media technology to express its ideological and dissident views, recruit adherents, and contest mainstream narratives. One of these is in the area of video gaming where Hezbollah’s computer department designed games for computers and consoles, which emulate and resemble popular warring games.

Hezbollah video game Special Force which was soon followed by a sequel Special Force 2, and two other games including W3DTEK: Al-Wa3d Al Sadek (The Honest Promise). Both allow players to confront Israeli military regiments in both traditional and guerilla warfare. The trailer for Special Forces 2 is complete with actual media components documenting the realities of an ongoing conflict with Israel and listing actual battle sites, original audio from Hezbollah Secretary General Hassan Nasrallah’s speeches. 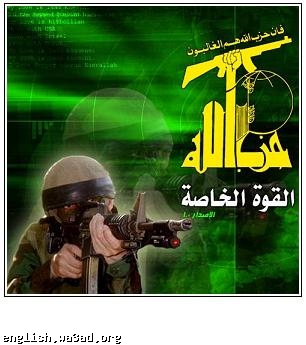 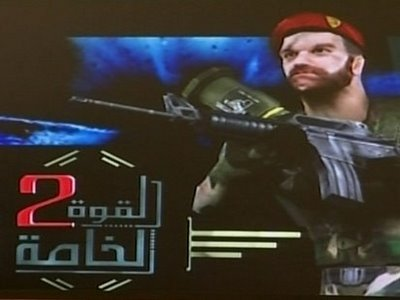 Another company based in Syria designs and produces similar games with plots revolving around the Palestinian Intifada such as Under Siege where Palestinian popular resistance confront Israeli occupation. The caption at the beginning of the trailer, which is set against a backdrop of extensive dehumanizing action by the Israeli Defense Forces (IDF), reads: “When aggression knows no limits. When the arrogance of power suffocates the life in your chest. Then you do not surrender…….you explode!” The dissident message is self-evident and highly affective.

Beyond the prevailing narratives of Orientalism, which cast Arabs and Muslims in a fixed repertory of representations, mediated audience resistance illustrates oppositional narratives, which contest these discourses. These take three predominant forms; interruptive antagonism on mainstream media, constructed messages incorporating elements of conventional media production, and resistance media networks aligned with social movements. From YouTube clips to video game technology, mediated resistance has become an integral aspect of self-identification for many Arabs and Muslims (Hafez, 2006).