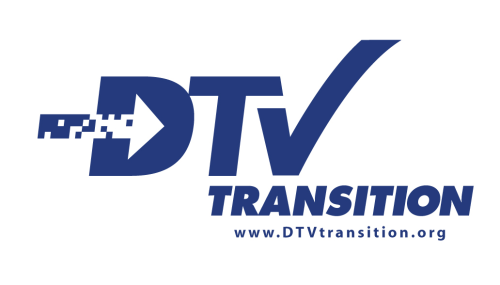 On Wednesday, February 18, 2009, all analog over-the-air TV broadcasting in the United States ceases, and will be replaced with an all-digital broadcasting setup. The ostensible reason for this conversion to digital television (DTV) is to improve television. With freed television spectrum resulting from the conversion, public safety communications can be increased and improved, more TV channels can be created, and picture quality can improve.

But for current TV viewers, this means that if you use an antenna to get television, you will need a new TV set, or some other digital television source (like cable or satellite), or a digital converter box — or your TV set goes dark, permanently.

The number of people potentially affected is considerable. Estimates say about 17% of Americans (roughly 51 million people) still get television through over-the-air analog signals. In Chicago, where I live, the number is about 21% of Chicago residents, according to a 2003 profile in the journal Media Week – roughly 630,000 people in a city of nearly 3 million people.

It stands to reason that many of those who still use analog TV can’t subscribe to a cable or satellite service simply because they are among the American poor or are on fixed or stagnating incomes, and understandably can’t afford to subscribe. For that same reason, they probably can’t afford to buy a new digital-ready TV set.

The remaining option is to get a digital converter box. And indeed some efforts to help are crystallizing. Congress has allotted about $1 billion to provide vouchers redeemable for converter boxes. Each American household can claim up to two $40 vouchers to offset the costs for converter boxes, which can be purchased in retail stores.

For the moment, it appears the vouchers will not cover the cost of converter boxes. Digital Streams, the manufacturer of the first government-approved converter boxes, has announced a suggested retail price of $69.99 per box. Granted, improved technology may over time lower the prices of converter boxes enough before DTV Doomsday to improve the likelihood of converter box affordability. But many questions arise: What assurances are there that retailers won’t take advantage of a guaranteed market and raise the price of converter boxes? Or even if prices remain low, are retailers prepared for what could be a marked upsurge of millions of potentially desperate customers?

The questions continue. Are people who need digital converter boxes prepared to deal with many folks in similarly dire straits, like taking time off from work to wait in massive lines? In the case of infirm or elderly individuals who can’t leave their homes, or rural communities who may not live near by any big name retailers, or Americans who don’t speak English, or people without any technical skills — what provisions are being made for them?

In urban communities like Chicago, there have been serious examples of local public policy failures, like the infamous 1995 Chicago heat wave. As chronicled in Eric Klinenberg’s book Heat Wave, neglectful public policy decisions exacerbated that disaster in which some 800 people died. For the DTV transition, it’s unclear what local provisions are being set up, or how federal and local authorities would cooperate, or whether or not authorities at all levels can coordinate matters before DTV Doomsday. The end result could be a lot of after-the-fact fingerpointing with little in the way to actually help people.

All of this of course assumes that people learn about the conversion in time and can act with ample time. But levels of public awareness about the DTV transition are dismal – surveys say that anywhere from 60% to 90% of Americans, depending on the survey, have no awareness of the DTV transition. 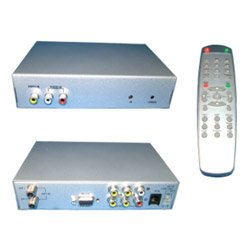 The National Association of Broadcasters (NAB), the main trade lobby of U.S. commercial broadcasters, has promised to devote some $700 million dollars worth of broadcast airtime to public service announcements to inform Americans of the DTV transition.

Magnanimous though this might sound, the NAB has simultaneously been fiercely resisting efforts in Congress to pass laws which would mandate specific educational requirements from TV broadcasters. But promises are one thing; policies are another. And considering that U.S. media companies garner some $70 billion annually from ads, this promised-but-as-yet-undelivered effort amounts to a one-time sacrifice of about one percent of commercial broadcasters’ revenue.

Nevertheless, the NAB has been losing the fight; support is strong in Congress for a law with more precise mandates, though such laws can and have been watered down and sometimes avoided. Even if a law passes and is effective, could it be a matter of too little too late?

To say the least, everything I’ve described drips with pessimism. Small wonder that FCC Commissioner Michael Copps described the DTV transition as a forthcoming “train wreck”, while his FCC colleague Jonathan Adelstein has termed it a “tsunami”.

But it’s entirely possible that it could all end up just fine. Everyone could find out in time, even who needs help gets it, and a presumed DTV Doomsday — complete with long lines and street riots and looting and other images of unrest — could be averted. But a lot would have to happen before February 18, 2009 to avert this disaster, or a manifold compounding of disasters, of which February 18, 2009 could be just the beginning.

For example, Deaf communities have petitioned the FCC complaining that “reports of significant technical difficulties with the pass through and display of closed captioning [in DTV] are becoming rampant”, according to an August 2007 FCC filing by the Coalition of Organizations for Accessible Technology.

Then there’s Puerto Rico, where the situation is worse still. More than half of all of Puerto Rican TV viewers use analog over-the-air signals, with fewer options available for accommodations than in the States, according to Puerto Rico’s Telecommunications Regulatory Board.

Some cynics might say: With the dismal state of TV, many people may benefit without their TVs. But despite the ascendancy of the internet as a source of news and information, most Americans still use television and newspapers for their news and information. But with millions, perhaps tens of millions, affected in the wake of a possible fiasco, DTV Doomsday and its ongoing aftermath could consign millions of Americans into a media black hole, perhaps abandoned with little additional relief. We could see the digital divide skyrocket, and escalate ongoing trends where the U.S. is becoming a Third World country, and where having a TV set would be a sign that you’re part of the privileged classes.

Echoes of Hurricane Katrina come to mind. The effective destruction of an American city was bad enough, but a half million displaced persons still sit with little aid and are unable to return to the Gulf Coast more than two years after the hurricanes, as chronicled by the International Tribunal on Hurricanes Katrina and Rita. Poor people in the future might remember the time when they too had TV. 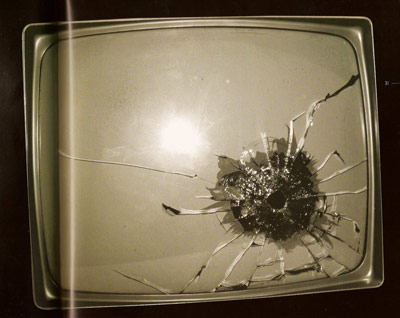 If there is a silver lining to the DTV conversion, it is that the potential for awareness and popular involvement on media-related issues could dramatically increase. In recent years, more Americans have entered the media policy arena, and they’ve been making a difference. Where three million people commented to the FCC on its controversial media ownership rewrite in 2003 (which successfully blocked an FCC vote), we could be seeing more than ten times that number possibly enter the arena. Will it be enough? Can it make a difference? The greater the involvement and the earlier people get involved, the better the chances in the end.