“Without doubt the practical establishment of this world of struggle would not succeed so completely without the complicity of all the precarious arrangements that produce insecurity and the existence of a reserve army of employees rendered docile by these social processes that make this situation precarious as well as the permanent threat of unemployment” (Bourdieu, 1998). 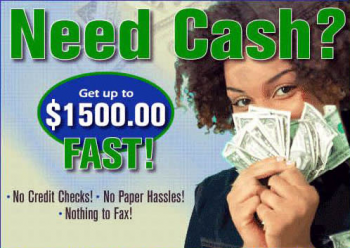 In the UK home-ownership is at the centre of national identity. Since the Tory governments of the 1980s allowed council tenants to buy their properties, owning one’s own home has become a crucial badge of much sought-after middle-classness. Much of lifestyle television is given over to both promoting and maintaining this dream. However, home-ownership is a precarious thing, as the recent collapse of the Northern Rock building society has revealed. A more telling indicator of the fragility of middle-class membership is the millions of people who take out loans. The explosion of consumer credit that began in the 1980s grows apace. Recent estimates suggest that “13 million people take out loans to consolidate their existing debts, of whom more than 8 million go on to build up further debts, and more than five million believe they will always be in debt” (Inman, 2007). But we are unlikely to discover this in the prim confines of Lifestyle television. This genre has no time for those whose can ill-afford the latest in curtains, cars or shrubbery. However, there is a form of television perfectly designed for those struggling to keep up with their neighbours. I write, of course, of the myriad advertisements for loan companies that are a staple of daytime television.

Loan ads come in two categories – the mini-soap opera and the crudely symbolic. In the latter we see people moving from red spaces (“debt” – even marked as such on the floor) into black spaces (marked as “debt-free”). This is very simple indeed but done in this fashion to catch the attention of the daytime audience who may have the television on while attending to other chores. More complex scenarios are presented in the mini-soaps which make getting a loan look like child’s play. In one typical playlet, a housewife wanders around the house requesting a mere £25,000 ($50,000) loan while picking up toys and laughing with her kids. Of course this all takes place in a pristine home. The message is clear – nice middle-class people deal with their problems like this, so why shouldn’t you?

One reason might be the psychological cost of personal debt. Research on consumer psychology indicates that the “increase in psychological distress is greatest when outstanding credit is measured at the individual as opposed to the household level” (2005, Brown, S, Taylor, K and Price, S.W). Not a few surveys have concluded that working longer hours and going deeper into debt to satisfy the ever-increasing “needs” people have is deepening the mental health crisis in the UK (James, 1998; Hamilton, 2003).

But never mind all that: the loan ads suggest that transferring all of your debts into one “consolidated” loan is not a measure of desperation but a representation of shrewd financial sense. The individual taking this step is an enterprising one. Here then are subjects active in their own government. Loans are not the responsibility of the state – it is entirely down to the individual to sort out their own situation. Thus scenarios representing phoned-in loans normalize debt. Handsome friendly people are waiting to talk to you right now! Thanks to them and the kindly folks at the bank, all your problems will soon be a faded memory. Alas…

“Debt advisors say that many of the people who fall behind with repayments from a secured debt consolidation loan just didn’t realise that their home was in jeopardy” (Inman, 2007).

It’s telling that these ads are often sandwiched between lifestyle television programmes while on daytime. The principal audiences comprise domestic engineers (home-makers with an intimate understanding of where the money goes), students (with lower real money and greater debts than ever) and the elderly – a cross-section of our culture that has been educated into familiarity with the world of debt. Despite having lower incomes and a more precarious economic situation, keeping a nice stylish home has to be a priority. A counterweight is provided by “threat TV.” In programmes like Cheaters or talk shows like Maury, domestic violence and imminent collapse are only misjudgements away. The loan ads that fill the commercial breaks serve as warnings: take out a loan now or you too could be plunged into the darkness of a life without lifestyle!

A perfect symbiosis has now emerged in the shadows of lifestyle — audiences are being sold anxiety. Trusted TV personalities (who may also be part of the lifestyle schedule) trade on their reputation to sell loans to people who don’t always understand them. Some economists believe that debt behaviour is part of the dynamics of capitalism and that “problem debtors may be created to satisfy the needs of an inherently unstable macro-economic system” (Camra, 2005). And so the insecurity then goes all the way down – from the caller wondering whether to “magic away” their problems out to an economic system built on the individual’s willingness to see themselves as rational cost units maximising their choices.

The home that we are encouraged to love and cherish more than ever has shaky foundations.