Getting the Big Picture on Television on the Internet

Each week news stories appear which recount a new shift or maneuver by a telecommunications company, web developer or broadcaster. For example, NBC withdrew its shows from iTunes, Adblock which strips out sponsored advertising is growing in popularity and controversy, and ICANN begins testing the use of non-Roman languages for web addresses. These news items seem important and interrelated to the future of television, but also small, obvious, and disconnected steps by their respective parties. If they are interrelated, then what kinds of frameworks can be used to understand the landscape on a macro-scale?

In his working paper, Making Connections, Kevin Werbach introduces the use of network formation theory, as a tool for describing the forces that propel the evolution of the Internet. He explains how, by design, the Internet is a dynamic system that has forces on the network, which are simultaneously decentralizing and centrifugal. Google’s search successfully acts as a centrifugal force, as it “pulls” together the Internet, by providing an access point to billions of web pages. However, it is able to do this, because of the decentralizing standards including HTTP and HTML which allow Google to find, cache, filter, and link to web pages. While the decentralizing aspects of the Internet are more widely discussed, he notes that the centrifugal forces are equally important. These kinds of models are important because they provide a big-picture perspective in explaining single events.

The striking thing that comes out of Werbach’s analysis is that the decentralizing and centrifugal forces work on all scales. He systematically describes how they occur in all four of the basic conceptual layers of the Internet: physical (e.g. servers, routers and wires,) logical (e.g. addressing “schemes”), application (e.g. browsers), content (e.g. streamed episodes of Heroes). 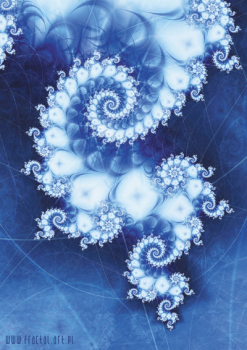 Although Werbach does not explicitly describe it this way, the Internet is fractal. Wolfram MathWorld defines a fractal as “an object or quantity that displays self-similarity, in a somewhat technical sense, on all scales. The object need not exhibit exactly the same structure at all scales, but the same “type” of structures must appear on all scales.” In this regard, the fractal interpretation of the Internet is not solely linked to viewing from Werbach’s lens, but as something inherent to the Internet itself.

Identifying fractal behaviors of the Internet can lead to understanding the overarching principles on the Internet and the media landscape within it evolve, because they provide contextual insight that was mentioned at the beginning of this column. We have levers which can guide this expansion of the Internet, through regulation and other market incentives. Because the effects that Werbach describe operate within and across layers of the Internet, how to best use them is not always clear. However, the actual effects and the intended effects can be easily different. Limited intellect property regulation intended to “free” media on the content layer may have the ripple effect of encouraging the creation of private servers on the physical layer or DRM built into media players on the application layers to lock that content down.

Analyses therefore must also include consideration of the Internet on a more macro level in order to incorporate “crossover” layer effects, especially with the continual vertical integration of the telecommunications and media. When a single company such as AT&T and Time Warner owns pipes, applications and content, they can have incentives to break off from the Internet at large. 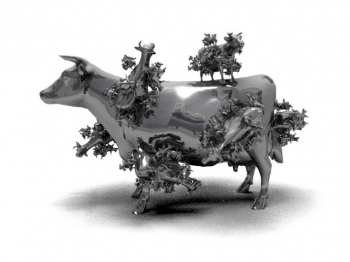 Often, we decry the walled gardens of Internet content as essentially bad, as a thrown back to the early days of the commercial Internet. Werbach cites the classic example when AOL, CompuServe, and Prodigy corralled their users into proprietary networks. This expansion and contraction from walled gardens to the more open World Wide Web can also be viewed as a natural process of a dynamic network. That is, the network can be viewed as a complex system, which over time grows together and breaks apart. When NBC withdrew this programming from Apple’s iTunes store, many people compared it to a child taking his ball home, after a dispute on the playground. Home, in the case, is their own new video site, Hulu.com. However, it can also be described as a natural process at work, even if that process leads to a fracture of the network.

Mandated interoperability and sharing is another important lever. The FCC gave preferential treatment of the incumbent network television broadcasters by forcing new cable companies to carry over the air signals on the cable wires. It could likewise, force the various backbones do not separate from each other. This is making the children play together, in the playground analogy. Although to date, they have allowed the backbone owners to make their peering agreement on their own.

As television continues its transfer over to the digital and networked existence, clearly, the Internet will be playing an essential part of that process. However, the end points are still uncertain. Ensuring fair and equitable access will require understanding the nature of the Internet. Werbach introduces an important and new way of looking at it, but others surely exist. Taking into account the fractal aspects of the Internet is important because it will highlight inconsistencies in policy decisions on the various layers of the Internet, rather than dealing with issues on an isolated case by case basis. From these models, regulators can have a more informed approach to the use of the regulatory levers of telecommunication and the media industry.