It has been four years since the Dixie Chicks were unceremoniously bounced from country radio and vilified for speaking aloud their opposition to the Iraq War. (Actually, lead singer Natalie Maines merely said she was ashamed that President Bush was a fellow Texan—a sentiment no doubt widely shared these days in the Lone Star State). 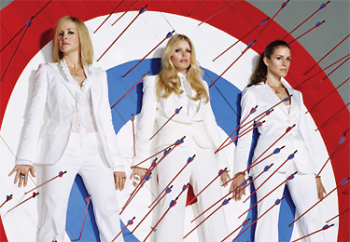 But we’ve moved way past those bad old days, right? You know, the “you’re with us, or you’re with the terrorists” days—the days when country DJs drove steamrollers over Dixie Chick disks and when, in a Primetime interview, Diane Sawyer repeatedly, and unsuccessfully, badgered Maines to recant her criticism of His Majesty King George. (“But ashamed, Natalie?” chided Sawyer with her usual mock outrage. “Ashamed?”)[1]

After all, things have changed. Bush’s approval ratings are now in historic, Nixon-during-Watergate territory, and fully two-thirds of Americans want to bring the war to a swift and sudden end.[2] You’d think there’d be space on television for a little, well, public dissent.

Not so fast. It appears that the boundaries of the permissible on network television have not expanded to match the public’s ill-mood about the war. And the latest proof of this comes in the most unexpected place of all—So You Think You Can Dance [SYTYCD], Fox-TV’s copycat dance competition show. 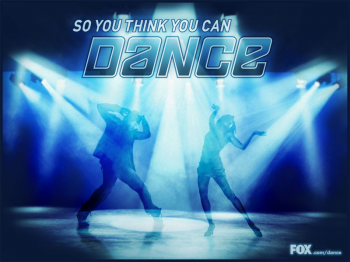 So You Think You Can Dance?

The show itself is standard issue reality TV. Each year, hundreds of dancers audition for the show. The selected few then compete against each other two nights a week. On Wednesdays, they dance in solos and pairs, and on Thursdays the weak are eliminated by a panel of judges (including the show’s executive producer and obligatory Brit, Nigel Lythgoe) and the votes of viewers at home.

So there I was watching a recent Thursday night results show (July 27th) when all at once I was hit with that most distressing of media spectacles—the tail-between-the-legs, PR-inspired public apology.

It turned out that the previous night’s show had transgressed not due to a wardrobe malfunction of some kind (as one might expect in a dance show), but rather by stretching its toes ever-so-gently into the debate over the Iraq War.

What I learned was that, on the previous night, each of the ten remaining dancers had performed the same routine, choreographed by Wade Robson. Speaking to the assembled dancers in a pre-taped clip, Robson described the routine’s message. “It’s about peace,” he said. “It’s about the war—anti-war.”[3]

To this end, Robson dressed each contestant in white, painted a black peace sign across their fronts, and stenciled various peace-related words on their backs (such as love, humility, communication, and so on). Then, during the live portion of the show, each dancer performed the routine, set predictably to John Mayer’s gentle antiwar anthem, “Waiting for the World to Change.” 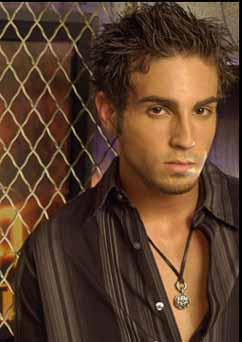 Let it be said that, as far as political statements go, Robson’s was as mild as it gets. By way of contrast, imagine for the moment a more aggressive message. Instead of Mayer’s passive “Waiting,” Edwin Starr’s soul classic “War (What is it Good For?)” throbs on the sound system. Dancers move across the stage, with “bring them home” stenciled on their shirts. And, finally, the coup de grâce: a scrolling background of iconic images from the war—everything from Abu Ghraib to flag-draped coffins to innocent civilian casualties. Now that would be a statement.

Alas, even Robson’s saccharine tribute to peace proved too confrontational for primetime.

As the complaints piled up on the show’s message boards Wednesday night (though a quick scan of the board revealed as many defenders as critics), at least one conservative blogger picked up the thread and posted a critical review of Robson’s routine.[4] By the next day, US magazine posted a short write-up of the conservative blowback on its website, including at the end a statement from one of the judges that the “controversy”—now only hours old—would be addressed on that night’s results show.[5]

And so, right off the top, viewers on Thursday were treated to the following exchange:

Cat Deeley[host]: …and Nigel, you had some complaints about Wade’s routine, too, right?

Nigel Lythgoe: Yes. Wade did an anti-war routine. And I certainly don’t want to fuel the flames, or get myself into trouble regarding this at a time that is difficult with both our countries. You know, we’re still at war. But it’s important that I don’t know—even though it may be argued that some wars are necessary—I don’t know anybody who’s pro-war. Who wants a war? So to say you’re anti-war doesn’t necessarily mean to say that you are not patriotic and that you are not supporting the troops in difficult situations [applause]. It’s really important to separate the two things. And who would’ve dreamt, in truth, who would have dreamt—the dancers were using words like humility, love, passion—that I would be defending a television show at this time that uses words like that. And it upsets me a little bit to think that–art should be allowed to make statements. And until we find a way of living with people we disagree with wholeheartedly, and even their way of life, we’re never going to find a peace [applause]. So, we’ve got to work at this. And I know Wade didn’t mean to upset anybody. He had no intention of upsetting anybody. So our apologies, and Wade’s apologies, for anybody who was upset by that routine. To be frank, I was bored by it the fifth time I saw it! [Cat Deeley: We saw it ten times!]. We saw it ten times! But we truly are sorry. There was no intention of that, and, and, we’re wholly supportive of what’s going on.

Cat Deeley: And we send all our best wishes to the troops. [Nigel Lythgoe: Indeed, indeed]. Very much so.[6] 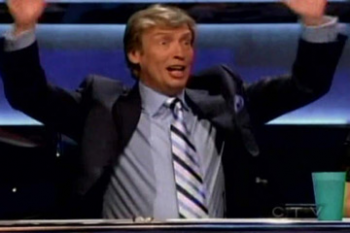 I was immediately rankled by this apology. Of course, I knew I should have expected nothing less. Two decades ago, Todd Gitlin pointed out that network programmers have a built-in bias for LOP—least offensive programming.[7]

The economic logic of LOP is straightforward. Why give viewers a reason not to tune in? Why get advertisers jumpy with rumors of angry audience boycotts? Instead, stay away from controversial matters that sub-divide your audience into smaller ideological clusters. And, for goodness sake, when one of your shows steps in it, go into crisis PR mode: issue the (faux) heartfelt apology and get on with the selling of eyeballs to advertisers.

In this way, the economic logic of ad-supported television exerts pressure against the expression of dissenting views. Indeed, the fact that Lythgoe himself is the executive producer of the show (and wishes, no doubt, for it to remain a darling of advertisers) surely played a big role in his shameful kowtow. Ultimately, it seems clear that substantially widening the boundaries of the permissible on American television will require us to wrestle control of the medium from Wall Street and Madison Avenue.

Yet, however helpful an alternative institutional structure might be, public dissent also requires personal courage. And this was precisely what was lacking that night on the SYTYCD stage.

To be fair, Lythgoe’s apology raised important points about artistic expression, and he’s right that we should separate support for the war from support for American soldiers. This said, what was most remarkable about Lythgoe’s apology was how completely it undermined even the tepid political statement of the previous night’s show.

In short, if Robson’s routine had any bite at all, it was because its target was transparently the Iraq War—not, as Lythgoe would have it, war in general. The conservative bloggers were right on the money in this regard: an antiwar statement produced at the exact moment your nation is at war is not merely “antiwar” but anti-that war.

Thus by framing the routine as nothing more than a tribute to peace and harmony—much like a second-grade pageant on Martin Luther King Day—Lythgoe deftly cut the heart right out of Robson’s message, which perhaps explains why the young choreographer was MIA during the results show.

(At this point it was only fitting that Lythgoe end his comments by pandering to the show’s critics: “and, and, we’re wholly supportive of what’s going on.” The irony is that this last statement puts Lythgoe on the wrong side of a 65/35 public opinion divide. Given these numbers, it’s not even clear if, today, an antiwar statement should even qualify as “dissent”).

Lythgoe should take a lesson from the Dixie Chicks. In the midst of a massive comeback after the release of their unrepentant single “Not Ready to Make Nice,” the Chicks have a new Grammy under their belt and legions of new fans.[8] In fact, in a recent interview, Natalie Maines said her only regret about her off-the-cuff remarks was that, in the frightening early days, she offered a public apology—not for her distaste for Bush but rather for “disrespecting” the Office of the President. “I don’t feel that way anymore,” she told Time magazine. “I don’t feel he is owed any respect whatsoever.”[9]

In the end, building a vital public sphere requires that we speak our minds and our values, without excuses or apologies—and the experience of the Chicks suggests that there is a wide constituency for artists who speak truth to power.

What’s distressing is that contributing (however mildly) to such a vital public debate is an opportunity that doesn’t come every day to televised dance competitions. I was sorry to see SYTYCD squander this opportunity by apologizing all over it.

2. So You Think You Can Dance

[2]For the latest poll numbers on the war, see http://www.pollingreport.com/iraq.htm