Although video on demand has been predicted, discussed, lamented and attempted for years, services are finally being deployed and accessed on a large scale. Not surprisingly, we are beginning to see effects that were unanticipated. Much as been discussed about YouTube, from its sale for US$1.65 billion to copy right suits. While these are important events for obvious reasons, we are also seeing a radical change that YouTube has encouraged and less widely discussed. Other forms of VOD services, from the broadcast network and cable services, as well as, the rise in popularity of Netflix, television series DVDs and bit-torrent (which have some VOD-like features) are also influencing how we watch television. However because YouTube has the low barrier for watching, its sheer volume of video delivered allows us to see the changes in production and viewing behavior first. In that, YouTube and these other means of watching television is freeing of the constraints of traditional programming and distribution. These changes allow for new means of control and access.

Video on demand is liberating the form of television from traditional program structures. A television program can now be created to match the idea, whether it is a 60 second idea, a 120 minute idea or a five season idea. Being freed from the constraints of typical half hours segments and twenty-two episode seasons offer benefits for those behind the screen as well as in front of the screen. To be fair, HBO has also experimented with the number of episodes per season and the timing of new episodes, because they are free from the usual advertising selling and buying cycle. Previous shows such as the Sopranos and Sex and the City, had limited episodes a season, which were released off the typical autumn schedule.

As more of my personal television watching follows a trend of switching from traditional sets to the computer, an entire approach to viewing is changing. Watching television tends to occur in batches of episodes, through services such as abc.com. The sweet spot is about 90 minutes to two hours, which translates into about three half hour episodes or two hour long episodes. Now, instead of trying (and failing) to watch a single weekly episode, I watch a few episodes of Grey’s Anatomy to catch up on a series, which I have not watched in a few years. Interestingly, having access to multiple shows encourages shows with shifting casts and complicated story lines. Where before I might not have bothered watching a show because there are too many new characters and plot lines, I and other viewers have the opportunity to get up to speed, which is much harder in single weekly episodes.

Similarly, I constantly hear people say that they discovered “24” years into the series. They report watching an entire season on DVD over one weekend. Likewise, Tivo and competing DVR services allow for the extended viewing sessions as well.

Of course, content is still the key to everything. To that point, the just launched Minisodes offers an interesting case. For the uninitiated, Minisodes is a joint venture between Sony and MySpace, and provides episodes of classic and failed sitcoms, such as “Facts of Life” and “What’s Happening” which have been edited down to three to five minute clips and can be viewed via the Internet. If people are critical of the dumbing down of content on YouTube, they are most certainly going to cringe at Minisodes. However, is the site initial buzz solely based on the fact that episodes are shortened? How many people would watch the entire episode because, they enjoy (free) lost television from their youth or so bad it’s good failed shows? In other words, it isn’t clear yet that people are more interested in control and access than on short clips. 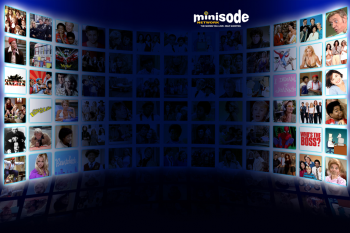 With an audience used to short video clips, sustained viewing will demand higher quality. Today, people absorb a constant stream of media in ways that would be unimaginable to be people at the mass spreading of televisions in the 1950s. The popularity of sharing short clips on YouTube at the office obviously limits how long the videos will be. With new distribution services, television producers and viewers will both benefit from increases in control and access. Creators will be able to fit the form and length to their idea. Some shows may be only worth one season, in which case, straight to DVD or streamed delivery may make more sense than being shown on major networks who look for multi-season hits. Future episodic television may have varying episode lengths and occasional production schedules, dictated by creative rather than institutional decisions. 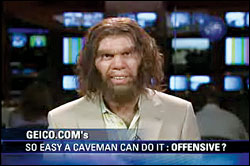 Although, these traditions are by nature difficult to change. The upcoming series, Caveman is a good example. The original Geico commercials with cavemen interacting in the modern world to sell insurance were mildly amusing. I will be shocked if this concept will successfully expand to an entire television series, but one never knows. Regardless of its success or failure, it reveals how that the television industry still thinking in terms of 30 second advertising clips and 30 minute programming segments. Granted that there are complicated systems in places that rely on these structures, such as advertising which was previously mentioned. It is a promising sign to see that, even if traditional broadcasters are still tied to older programming formats, they are finally experimenting with new delivery methods, such as VOD. The hope, then, is that new content format will follow.