by: Sonja Baumer / University of California-Berkeley 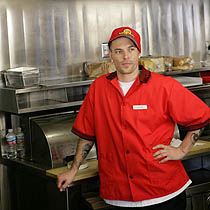 In my daily observations of activities on YouTube I noticed a rather strong presence of texts produced by the main stream media (MSM), mainly TV. This feature seems to be quite prominent especially on “the most viewed” page and contradicts some predictions that were made during the big YouTube ascend (i.e., Summer/Fall 2006.). During that period both MSM journalists and some bloggers have suggested that YouTube would displace or even replace MSM. That was the time when CNN and BBC started to show user-generated videos during their regular news broadcasts. For example in July 2006, as part of its coverage of the war in Lebanon, CNN showed some YouTube videos that were taken by Lebanese citizens. Furthermore, a very influential blog on social networking, Mashable has recently supported the “displacement” theory by reporting that 32% of frequent YouTube users say they watch less TV due to their youtubing activity.

However, just from looking the list of the most popular videos, TV watching even among heavy users seems to be still “alive and well.” The most viewed video today [January 31, 2007] is the video that features Kevin Federline's rapping for a commercial. Federline is some kind of versatile celebrity, a musician, a model, a dancer and a wrestler (!) and also (or even better) known as the former husband of the pop superstar Britney Spears.

Next to Federline on the most viewed list are two videos, both “grabs” from the Daily Show with Jon Stewart. The first video features Stewart's interview with Bill Gates promoting his new product “Windows Vista.”1 The second video is taken from the sequel that follows Bill Gates' interview.2 The sequel features Stewart's comment on how and why (!) B. Gates had left the show on the other day so abruptly. In addition to those two I found more Bill Gates videos that are also grabs from various news broadcasts and talk shows.

Finally, on the most viewed list I also notice two videos featuring Tyra Banks, an ex model whose “not flattering at all” bathing suit photo has been recently published in a certain magazine. The two videos were uploaded by TyraBanksShow, apparently an entity created by Tyra and/or her agents. The videos are in fact trailers for her upcoming TV show in which she allegedly wears the same bathing suit and confronts “haters” of all kinds. 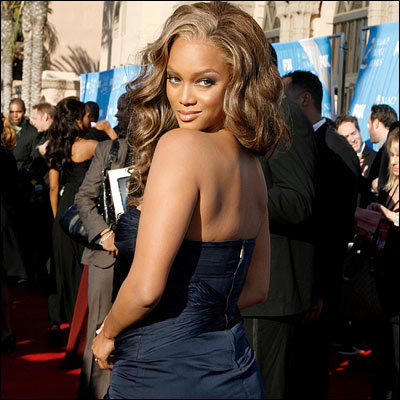 In the continuation of my essay I am going further my argument against the “displacement” theory and explore the dialogic relationship between texts created on MSM and YouTube. I will rely on my analyses of YouTube videos, comments, and interviews with some YouTubers. My data collection is still in progress and below are just my preliminary thoughts.

It seems to me that however trivial the above discussed pieces of information may sound (especially to readers who are used to more academic contents), they might prove relevant for facilitating youth's participation in public discourses. YouTube serves as a massive public space, populated by people of many ages and diverse cultural, ethnic and educational backgrounds. By uploading certain content (even if it is just a “grab” from a TV broadcast), a user creates a statement of what is relevant, interesting or funny for him/her, and invites others to comment and respond to that. In that way, what used to be a solitary activity of TV viewing, confined within private spaces of one's apartment, becomes on YouTube a collective activity of reading and interpretation.

I would also like to argue that the above examples of “grabs” from TV broadcasts are to be considered as a version of a cultural practice of “clipping” described by Marshall and Bly (2004). Marshall & Bly have looked closer into the practice of extraction, preservation and sharing of information, which they termed “clipping.” A classic example of “clipping” is cutting out an article from a newspaper, copying it and sending it to a friend or family member. More recent version of this practice is emailing interesting URL's, or downloaded materials. YouTube version of clipping entails distribution of information broadcast to a massive and unspecified audience. Clipping practice allows for inclusion of knowledge and competencies of others, as featured in the following excerpt from one of my interviews:

I am surprised to see sometimes what people put there…. I watched that same game, but I did not see the hand touching the ball, I mean really, I don't think anybody saw it, but that guy saw it and post it on youtube…. The guy is unbelievable, that level of detail, I think he must be a professional or something…. I mean a soccer player. He made me watch the game again.
-M, 20, unemployed designer

And, yes, knowing about celebrities and their lives is important for gaining access to participation and membership in youth peer culture(s). The following quote from another interviewee well illustrates this point:

I go to the most viewed page…. Mostly I want to know whatz up whatz cool, like what was funny on the Colbert Report yesterday, and it is just there, you can browse and look for stuff. Awesome!
-M, 18, sales associate 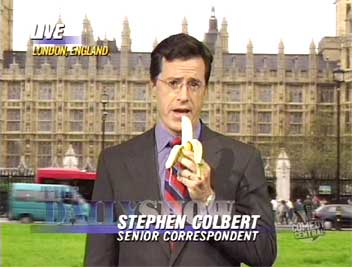 Through practices of collective consumption and production of media, YouTubers are engaged in a constant dialogue with others. The same is true from the lenses of text analysis. No video on YouTube can stand by itself, since it has been motivated and framed by other texts produced on YouTube or elsewhere. Each video is a response to another text that the viewer has seen/read/heard on YouTube or elsewhere, and its interpretation thus requires the viewers to seek additional texts related to the particular video.

Bakhtin's concept of addressivity is useful in capturing this dialogic nature of YouTube. According to Bakhtin, addressivity is the idea that an utterance “is always oriented toward an addressee, toward who that addressee might be … each person's inner world and thought has its stabilized social audience that comprises the environment in which reasons, motives, values, and so on” (Bakhtin and Emerson, 1999).

Below are some comments of YouTubers that illustrate the dialogicity of YouTube:

When I start watching YouTube, I cannot stop. Each video takes me to another video…. It takes me to the author's profile page…. I like to click on related videos that YouTube gives you on the side, you know what I mean…. There are always pointers to other videos.
-F, 19, student

I often see more videos than I wanted…. Let's say I saw that blasphemy video and then I looked the responses and then I looked those people … like their MySpace pages and subscriptions and their favorites … it takes a lot of time to understand what their true motives are…. Like I watched that video about a girl who is incredibly skinny and she worries she is fat, but she decides to take a shot of her body…. And [u] wonder what's going on there. And then I see the responses and all those girls who responded they all have some kind of eating disorder, I think it's called BDD … like there is one girl who films the stuff she eats, loads of food, of everything and then she takes a binge… I mean they are total sickos, but u really need to look around to understand what is going on there.
-F, 20, media arts student

These excerpts illustrate the viewer's strategy for gaining understanding of the context within which the particular video has been produced and for identifying the targeted audience. They also express the interviewees' ability to critically evaluate and reflect about information they gather.

Related to the practice of clipping is “remixing.” Remixing entails creative appropriation, reshaping, and evaluation of mass media texts (music, comic, animation, machinima, video clips) through their productive recombination and rearrangement (Davis, 1997; Manovich, 2001). Remix media are inherently dialogic and intertextual (Barthes, 1977; Kristeva, 1980). The most common form of intertextuality on YouTube is parody.

Below is a video produced and uploaded on YouTube by “fatalshade” (F, 19, college student) in 2006. Fatalshade remixed scenes from a “My Little Pony” DVD with the song “I am too sexy” by the British pop band “Right Said Fred” (1992). The text appears as a parody because of the contrasting elements of early childhood innocence and openly discussed sexuality in the song.

Henry Jenkins' idea of convergence (Jenkins, 2006; 2007) is very useful in understanding the relationship between YouTube and other media. YouTube is highly unlikely to displace other media including the main-stream-media. Through convergence of media formats, contents, and personas, YouTube changes the pattern of television viewing, enabling a higher degree of audience participation, multi-directional flow of information and collective sharing and knowledge building. As my notes also suggest navigating YouTube requires critical thinking, evaluation and intertextuality. I am not sure about the long term consequences of youth 's engagement with new media such as YouTube. There is a growing sense of unfinalizability of knowledge which seems to be a creative and motivating force. Yet it may also produce a sense of fragmentation and distrust. In many ways we are still at the beginning of fully understanding what YouTube and similar new media are and how they impact on our lives.

Kristeva, Julia (1980). Desire in Language: A Semiotic Approach to Literature and Art. New York: Columbia UP.