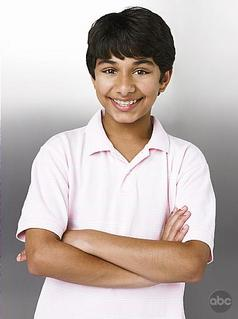 Just type in “Justin” and “Ugly Betty” into a search engine and you will find hundreds of digital spaces where this secondary character is being discussed by a range of communities that include general fans of the show, Latinos, the press, and queer communities. Although America Ferrara is the unquestioned star of the show, Mark Indelicato’s performance as Justin has become a point of conversation and a growing reason to watch the show, establishing the possibility for fandom across communities. If Ugly Betty bet its success on the possibility of ethnic and racial crossovers (Latinos, African Americans, Asian Americans and Anglos are all invited and represented), Justin’s character is also delivering a sexual crossover. He is special. And he is visible.

Justin is perhaps the most radical Latino representation in television today. He is a young brown boy, growing up working-class in Queens, NY, who performs his gender in a disruptive, excessive, intertextual fashion. Take this scene from Season 1, Episode 5

The Halloween episode begins with Justin coming down from his room, dressed as a sailor and quite ready to perform as Gene Kelly in On the Town (1949, Stanley Donen and Gene Kelly). Justin’s exuberant rendition of Kelly’s tap dance is gender bending at its best. Not surprisingly, the debates on the blogsphere are about whether he is queer, gay, or simply happy to love fashion, musicals, and the theatre. Considering the narrow ways in which Latino masculinity is constructed in America-if I hear the term Latino and macho in the same sentence again I shall faint-Justin’s disruption of gender norms is a refreshing reminder of the possibility to narrativize Latino males in both entertaining and complex ways. I am a fan.

As a scholar, one thing fascinates me: most of the discussions that are going on about Justin, which include declarations by producer Silvio Horta, chatter in television and queer communities, interviews with Indelicato himself, point to the careful way in which Justin’s sexuality is being managed. The problem is this: Justin is twelve, and at that age he would be the youngest gay character in television. In addition, because gayness has been discursively constructed as a sexual identity that implies sexual activity, if gay, Justin would have to be one of the youngest sexual actors in television (outside of narratives of abuse). The issue of Justin’s sexual identity is tricky. How to manage it? 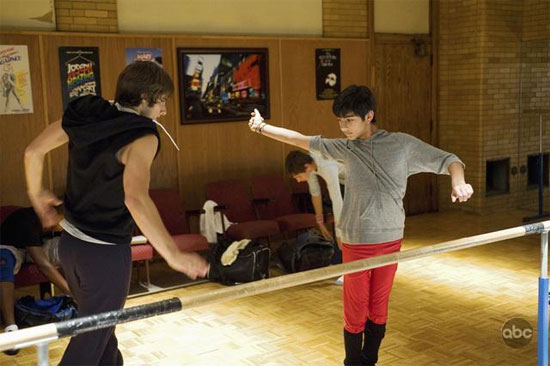 Horta, the Cuban-American-gay executive producer, is careful to point out that Justin, at twelve, is a pre-pubescent boy whose behavior should be interpreted as gender, not sexual, performance . Thus, Justin’s infatuation with musicals and fashion should not be read as sexual behavior, which, Horta proposes, should be linked to hormones. Absent hormones, viewers ought to see Justin’s behavior as evidence of gender bending. Although this approach by the producer should not be surprising, given the potential risks for flack associated with portraying an openly gay 12-year old boy, similar explanations of Justin’s behavior can be found in the blogsphere, where fans have debated whether Justin should be call gay or simply “different.” Some side with Horta, and believe that he is not gay because he is too young. Others think that Justin is gay, thus crossing the line between gender and sex. Even in these cases, Horta’s style of biologically defining gayness is part of the discourse around Justin. Fans may acknowledge that Justin is gay, but they recognize that this ascription is at the moment based on gender, not sex. However, it remains a matter of time. These fans tend to see Justin’s biological homosexuality as practically inevitable. Many are discussing when the coming-out story will happen, taking for granted Justin’s evolution as a sexual being attracted to other boys.

What fascinates me is how through both the official explanation of Justin’s behavior and taste (exemplified in Horta’s position) and the queering of his future, Justin’s present is understood as asexualized because of biology. He is either not gay because he is not pubescent (Horta), or he is not yet gay because we are yet to witness his sexual attraction toward other boys (most fans’ position). In these instances, sexuality is understood narrowly as sexual behavior directed toward others, or sexuality is understood as behavior regulated by reproductive biology, with biology circumscribed to the pubescent hormonal rush. These ways of thinking about sexuality can serve dangerous purposes. One, they deny children’s sexuality, a position contrary to knowledge coming from medicine, biology, and developmental psychology. Most famously, the work of Freud and Kinsey sustain that sexuality and desire are normal elements of childhood. Second, by linking sexual behavior to pubescent gland activity, they vindicate the notion that heterosexuality and homosexuality should be understood in relationship to procreation. This in turn reproduces the notion that desire is hormones, a boorish position that belies the important insight that desire is always socially constructed. Lastly, the many commentators on Justin’s development err on assuming a person his age is pre-pubescent, most research placing it between ten and eleven. 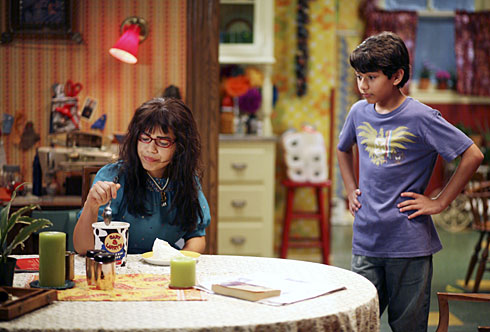 All of these little errors of fact are not coincidental. They are culturally constructed and do their part at reconstituting our current system of sex and gender. They are part of the mental schemas that we use to think sexuality and gender and are clearly limited. These schemas tell us that masculinity and femininity are the product of biological determinants. As many researchers of sexuality have pointed out, this has led to the common assumption that because sexuality is linked to biology, it is thus not cultural. Accordingly, male behavior, including violence, rape, competitiveness, and promiscuity, are often explained in relationship to testosterone, thus exonerating patriarchy. This same hormonal schema informs the supposition that most children in television are heterosexual, although we never see them acting as sexual beings. All we see, or want to see, is gendered behavior. This is the same schema used by fans who think that Justin is not yet gay, but will become gay. Curiously, this assumption rests on Justin having exhibited cultural stereotypes about queerness. At this point, the schema shows its ugliest head, for sex and gender become interlinked only through rigid stereotypes, and whatever fluidity gender and sex may have as culture and as biology (which is also culturally constructed) is lost.