Kings, Queens, and Jackasses: Playing With Gender in Online Poker

by: Joanna Slimmer / University of Texas 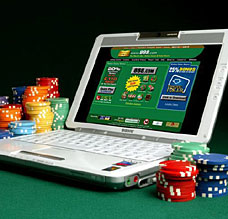 Listen up, ladies – if you want to play online poker, pretend you're a guy. Put the name of a sports team or a poker term in your username, or maybe just use a random word from the dictionary. Just don't identify yourself as female unless you like being regularly propositioned and harassed. Poker, particularly the online kind, remains a boy's club, and after playing hundreds of thousands of hands under many kinds of usernames, I just don't think outing myself as female is worth the trouble anymore.

I've been playing online poker for real money stakes since August, 2005, and last summer began earning a decent (for a grad student, anyway) monthly income from part-time, small-stakes play. During this time I have played on over twenty different poker sites, spent countless hours reading poker forums, and have learned much about the game and myself. If you let it, the game of poker will teach you lessons which will serve you well in other areas of life–I know it has taught me much about, among other things, discipline, money management, and dealing with situations which are out of my control (i.e., runs of bad luck.) Unfortunately it has also shown me that both at and away from the tables, the world of online poker is one where women's participation is welcomed only with lascivious arms, and I've had some difficult experiences working within this uncomfortable embrace.

First, a few words on how gender identity is expressed in online poker rooms. Players' options for visual identity formation are fairly limited; on most sites players have no choice of representative image at all, though some sites do allow an avatar to be selected from a pre-constituted set and a few even allow users to upload and present an image of their choosing. The avatars provided by the sites overwhelmingly trade in visual stereotypes, so those not blonde or buxom will find few relatable choices.

That said, this representational lack is not entirely a problem given that deception is an intrinsic part of poker. Also, players do have some choice in identity construction via usernames, which with text chat are the only ways of fashioning an identity on many poker rooms. When I first started playing online I hopped from room to room building my bankroll using the ignominiously-named technique of “bonus whoring” (sign up at a new poker room, play a set number of hands to receive a sign-up bonus [usually $50-100], withdraw all funds, then sign up at the next room…). While I mainly did this to amass money faster, along the way I began experimenting with various usernames and accompanying personas.

Altogether I have played under three kinds of usernames: a) female-identified usernames constructed using an obvious suffix, (e.g., crazylady; b) male-identified usernames constructed in the same manner and also those that include a male name (e.g., albertgetsaround); c) usernames with poker or media terms that do not contain any gender identifiers (e.g., flopmaster). (Note: For privacy reasons, these username examples are similar but not identical to those I've actually used.) Under some usernames I intentionally used chat to interact with other players and to try to create a persona, while under others I only interacted with the table when prompted by other players. Some of the usernames were created solely for their possible entertainment value, as poker can get quite boring sometimes. I had no formal research goals in mind when registering such names, yet I must admit that I was curious to see how players might react to them. For the most part my basic suspicions were confirmed; I was treated much differently when playing under female-identified usernames.

For one, whenever I was playing as a “girl,” other players would initiate chat with me at least once a session. Poker was rarely, if ever, a topic of initial conversation; instead I was almost always asked personal questions–was I a student? Did I have a boyfriend? And let's not forget the most frequently asked question of all, and one I still see so often in poker room chat: “Are you hot?” My self-fashioning was also used against me; after drawing out on others (i.e., the last card dealt gave me the best hand), I would often be called a bitch or a cunt. This sort of chat communication simply did not occur when I played under male-identified or neutral usernames. Under those names, other players would rarely initiate chat with me, and when they did the topic of discussion was usually the game at hand. Occasionally I was asked about UT sports on sites where my location was displayed, and I had quite a good laugh once when I was playing as male and someone asked me about the betting line on a UT football game. (I know nothing about sports betting.)

Some of the more entertaining and troubling poker chat occurred on a site with no avatars where I played under a female-identified username that also explicitly referenced alcohol. Along with the other questions mentioned above, other players would reveal themselves as inebriated in some way and use that as an entry point into conversation. I was repeatedly asked to chat on IM instead of within the poker software. In one case a player spent almost an hour asking me to talk to him on the telephone. I continued to respond to him via chat every so often because he was donating his money to the entire table, but obviously I'm not going to talk to some stranger on the telephone simply because he asks me to! 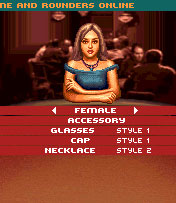 The most disturbing incident happened while playing at a small room about a year ago. On this site, random male or female avatars are displayed depending on where one is sitting and what gender box is marked upon registration. Thus, players have control over which gender they present but not which image. I had only signed up on the site to play through a bonus, and was playing on one of the few limit hold 'em tables offered. I beat another player a few times and he fumed in the chat box for a number of hands thereafter. After awhile I left that table but was still playing on another one on the same site. The angry player sat in on the second table solely to continue to harass me (he did not sit in to play) and then stated that he didn't believe I was female and was going to “report” me. What unnerved me was not so much the text vitriol or his quizzical disbelief over my gender registration, but that this player was following me from table to table to verbally abuse me.

Whether physical or virtual, being stalked is a harrowing experience, and this incident caused me to rethink my choice to identify as female when playing online poker. When first playing under female-identified names, I would often respond to the chat initiation and engage in conversation, as I thought that distracting other players might prove to be an advantage. Over time, however, the regular pickup lines and haranguing simply grew tiresome and annoyed me to the point that I began to register neutral usernames on new poker rooms to avoid the attention. I don't regret it; now that I play for income as much as, if not moreso than for entertainment, the last thing I want is to be harassed while at work.

The public demographics of sites and online poker forums indicate that the majority of online poker players are male, so I am confident in my use of masculine pronouns to discuss other players. I am also well aware that some of the players that I assume are male could very well be masquerading just as I do now. Increasing numbers of women are playing online poker, and I am certain that I am not the first one to conclude that playing as male is easier. Yet it should be noted that even when an online identity is fabricated, slippages may occur, as Sherry Turkle [1] among others has observed.

In one confusing moment, I was playing as male and involved in a hand with a player who was doubly identified as female–the username included the word “girl” and the player had uploaded an image of an attractive woman to serve as an avatar. When one of the four cards that would give her the best hand fell on the river and she won the large pot, a litany of sexist vulgarities formed in my head and I had to step away from the computer to keep from typing them all in. Once the initial rage subsided, I was floored by how quickly such phrases–some of which had been directed towards me and others that were certainly more hurtful than any man could come up with–had come to mind. I am still wrestling with how much of this impulse stemmed from my own cultural assumptions about how men behave (or how I think they think they should behave) and how much may have stemmed from subconscious identifications with such invective. I must also acknowledge the possibility that the harassment I received while playing as female could have originated from others' gender play, though I'm not sure that lets cyberstalking (or my own horrible thoughts) off the hook. 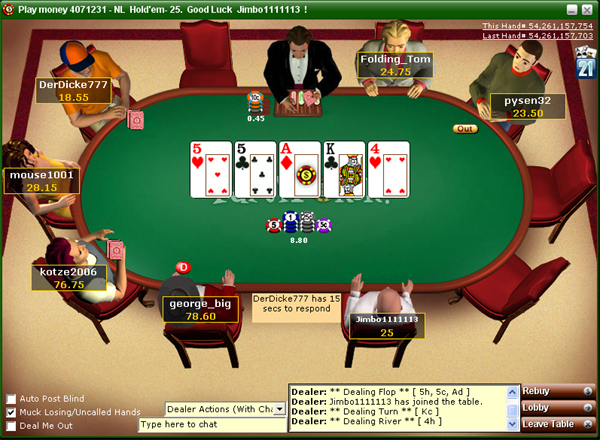 Ultimately, this and the other incidents I've mentioned above demonstrate that online poker is merely another site within which patriarchal repetitions continue to influence behavioral practices. Women remain targets of sexual objectification and scorn despite the facts that skillful card play knows no gender and that online identities are malleable and messy. Gender egalitarianism is not a battle but a war. Am I conceding some ground by avoiding the use of obviously female names at the tables and not exposing each instance of sexist behavior in real time? Perhaps. But my time sure seems better spent improving my game, mentoring other women who want to play, and bearing witness such as with this piece than on thinking up new ways to respond to “are u hot?!” Let the cards fall where they may.