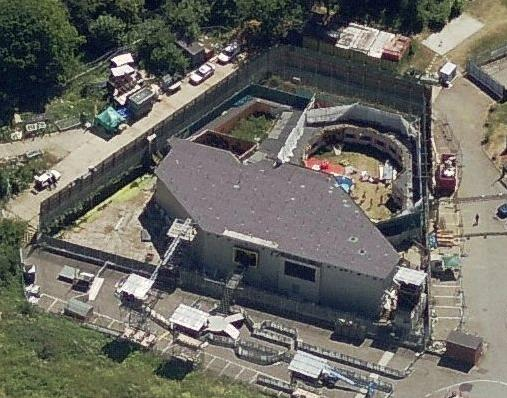 It is perhaps no accident that the camp has become a prominent image for recent political and cultural theory. Giorgio Agamben's work on states of exception seems especially relevant in an age of refugee camps, tent cities, rendition zones, and Guantanamo/Camp X-ray. More than explaining these particular phenemona, Agamben's concepts seek to understand the foundation of modern sovereignty, which depends on the ability to create extra-legal spaces of exclusion. Beyond these state-sponsored zones, however, we need to account for what might be called “popular camps,” specifically their proliferation in reality TV.1 In doing so, I am extending what a number of critics have already noted regarding the parallels between Abu Ghraib and reality tv, and the general popularity of surveillance culture.

Some programs explicitly name their zones “camps” (Brat Camp, Biggest Loser, Celebrity Fit Club). Other spaces of exception and bare life include the island (Survivor, Forever Eden, Temptation Island, The Real Gilligan's Island) and the house arrest (Big Brother). In a forthcoming article, I note that one of the media antecedents for reality TV's makeovers is the boot camp trend in 1990s daytime talk shows. This past season of Survivor even saw a camp within a camp with the introduction of Exile Island (where solitary confinement is not just punishment, but a potential winning strategy, as was the case with Yul).

Sealed off from the “outside” world, the show creates a world in which the program's commands are the only external stimulation. In cases like Survivor and Contender, the program manages boundaries by controlling communication with family and friends via letters, videos, and personal appearances. 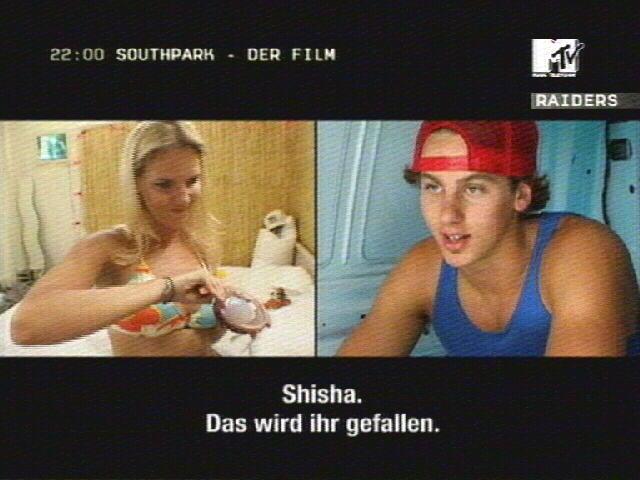 Beyond the spaces of exception, some of these programs exhibit other extra-legal and counterinsurgency tactics endemic to the camp. MTV's Room Raiders opens with the kidnapping (or extrication) and the seclusion of three contestants into a van, who then submit to watching their private spaces scrupulously examined and evaluated. MTV's Exposed employs hidden lie-detection technology to test unwitting date hopefuls. Big Brother All-Stars regularly had contestants on a slop-only diet, and one of its challenges involved sleep deprivation.

But the recent premiere of Apprentice LA has amped up the camp. This season's twist involves each week's losing team spending the night in “tent city” (which the contestants built when they arrived, unwittingly setting the conditions of their own future subjugation). The camp's deprivation (no electricity, poor drainage, periodic cold showers, fitful sleep) exists right next to the winners' opulent mansion, so close that those in the camp have visual access to the victors' poolside leisure life.

The premiere episode highlighted the camp's power and the precarious situation it puts all contestants in. To put it simply, minor differences can create vast distinctions. In the first episode the winners and losers had accumulated $2,463 and $2,345.54, respectively. They were within $120 of each other, but ended up in radically different living conditions. Here we see an excellent demonstration of the precarity of contemporary labor: one wrong move (losing one project challenge) drastically changes economic life. Recognizing this interchangeability with the impoverished further internalizes capitalist command: Be hypervigilant with your labor or else find yourself among the lumpen!2

The new labor camp is a flex-camp, dependent on the micro actions that change from week to week. Counter to Agamben's main thesis, the camp is not just a figure of juridical sovereignty–it is a material site of biopolitical production and capitalist control/command, one among many “New Enclosures” in what autonomists call the social factory. Trump, that increasingly wispy face (or hair) of capital, has become more authoritarian both on the show and off (to wit, his obsessive and shrill tirades against Rosie O'Donnell). His eerie pale glow this season is more than LA fake n' bake: it perfectly mirrors the luster of capital, while at the same time reminding us that command capitalism still requires the disciplining of labor. 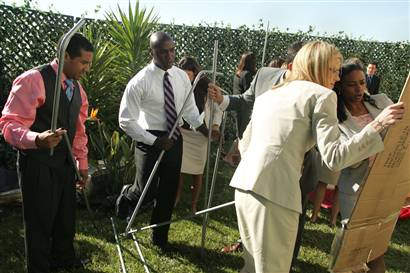 The first contestant booted off ALA was a direct victim of this new hyperexploitive regime. Martin, the attorney and professor from Atlanta, made his fatal error not during in challenge or the boardroom, but during his inauspicious introduction. During the greetings, Martin offered DT a hug in exchange for going to the bathroom. Not only did he interrupt the propriety of the line-up by asking to leave, he appropriated the exchange relation so central to Trump's being. DT initiates commands, renders judgments, and occasionally entertains suggestions (in real life, but especially on his own show). Contestants can try to convince him of their worth, begging and pleading for their continuation. But to initiate negotiations from the bottom up, especially during one's labor orientation? Beyond the pale. Martin was doomed from the outset. Trump's stated reasons for his ouster were flimsy (and as pompous-antagonist Martin would have made better TV had he stayed on), but recurrent references to his initial trade offer made it clear that Martin could not even be contained by the camp. He needed permanent exile.3

But rather than passively view the proliferation of camps, like citizen versions of Room Raiders contestants, we can ask how this spatial figure is more than a tool of domination. In the cramped space of this essay I can only hint at this.

Unlike political/military camps of detention and rendition, popular camps depend on the desire of inhabitants. This does not mean invoking the freedom of the participants, but we cannot ultimately equate these zones to the coercion of Terror-War camps. The contestants' desire for subjectification, with all of its ambiguities and tangles, allows us to move out of the sovereignty model and into the dimension of biopolitical affective production, from the figure of the camp to the figure of the crucible. On the terrain of desire and capacitation is where our analysis ought to begin, as a means of understanding the conditions of the possible, or better yet, the virtual.

Notes
1 A narrative program like Lost is worth mentioning here too, less for its traditional use of the island as site of concentrated self-transformation than for spawning Lost weekends, where people participate in simulated island seclusion scenarios.
2 This precarity belongs not only to ordinary people, but also to the formerly ordinary (aka celebrities). As the recent premiere of Surreal Life Fame Games demonstrated, a slight difference in fan attention and the element of chance can drop some celebs into B-list status, which caused egos to deflate and tears to flow. Celebprecarity resulted in the seclusion of the “bottom-feeders” into their own camp, a tackily decorated and amenity-poor B-List wing of the house.
3 Perhaps Martin has set the conditions for some class antagonism this season. In episode three, the program continued its de-compositional strategy by dividing the losing team into two competing teams while letting the victors have a week off. Michelle, the project manager for the losers-within-the-losers, sensed her impending exile and chose to quit in the boardroom. Michelle deprived Trump of his “you're fired” money-shot and reappropriated the conditions of her own departure (and she cited the camp's degradation as a factor).

Image Credits:
1. Bird’s eye view of the Big Brother house
2. Room Raiders participants
3. The Apprentice cast putting up the tent that will later house the losers