“We could have never built this without the community,” said YouTube spokesperson Julie Supan when fielding questions about Google’s $1.6 billion stock acquisition of YouTube. In their DYI style video message giddily announcing their new financial prosperity, YouTube founders Chad Hurley and Steve Chen also thanked “the community” for making them the “kings” of video sharing. In a press release Hurley commented that “our community has played a vital role in changing the way that people consume media, creating a new clip culture.” In a conference call Hurley said “we’ve listened to our community to create a stage where everyone’s voice could be heard,” where “users are now in control of what they want to watch and when they want to watch it” and where users “decide what rises to the top, what’s entertaining.” 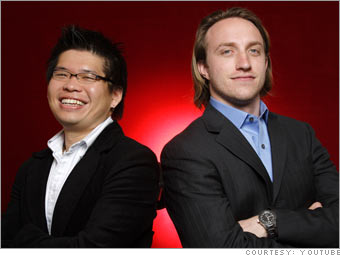 While this idealization of YouTube as a self-organizing, radically democratic community for sharing clip culture certainly helped to buffer what could be considered an act of selling “the community” as property to a corporate giant, the image of YouTube as a revolutionary alternative to corporate media culture has been a powerful one. Consider this YouTube description from The Independent in London:

“YouTube is profoundly democratic. There is no media tycoon determining what political line the clips should take. There are no banks of clever executives manipulating the emotions of their prey. There are no trendy art directors using their skills to sell products. Instead of the manipulated world of Hollywood or mainstream television, what you watch is what you choose to watch. The videos you put on to the system are the videos you want to put on to the system. There are no ‘hidden persuaders’.”[i]

The radical promises of new media have long been imagined in opposition to the corporate control of old media, especially among cultural critics who find little pleasure in popular commercial culture. Conceived as such the stakes of a corporate takeover by Google were profound according to this writer for The Toronto Star:

“But it is perhaps the grandest scale example of co-option of an independent, self-generating culture yet. Between juggernauts like MySpace and YouTube, users push well past the 100 million mark. With billions of dollars changing hands, the sense here is that much more is at stake: the last place on earth — or outside it — free of corporate priorities and profit motives.”[ii]

Between the millionaire founders who promised their continued allegiance to “the community” and the cultural commentators who lamented the loss of an idealized space outside the global totality of commercial culture were the millions of YouTube users who responded to the Google acquisition. In the five days after the YouTube founders uploaded their announcement video, users played the video 1,837,554 times, posted 6,989 written comments and uploaded 84 video responses to it. The comments ranged from those who worshiped the YouTube creators for their vision and entrepreneurship to those who feared that Google and commercialization would destroy YouTube. Users called the founders “filthy rich dorks,” asked to borrow money, and demanded they should get a piece of the pie — as user PrinceofGraves put it, “I’m still broke and miserable — so this is less than meaningless to me.” Others debated whether Google was evil or not, admonished the founders for illegally profiting from copyrighted material, and worried that advertisements would inundate the site. The video responses were equally varied. But unlike cultural critics who imagined YouTube as outside commercial popular culture, many used popular cultural references and icons to craft their commentaries, including a video of Darth Vader flipping them off (below).

Before the acquisition, YouTube’s standout personalities have pondered what it is they are doing and who they are as a community including video posts by Paul Robinett, a 39 year old resident of Canal Winchester, Ohio, who for many represents the grassroots ethos of YouTube. Robinett posts sincere videos about his family and often comments on other videos and the YouTube experience. He also has a YouTube persona, Renetto, which is a Happy Gilmore type character who talks in squeaky broken English. Most postings are simply a close up of Robinett or Renetto speaking directly into the camera. In a video posted August 2, 2006 titled “Who are you, Who, Who…Who, Who” Robinett asked just who were the users of YouTube after his friend suggested he was wasting too much time on YouTube and that it was just a trivial hobby. Robinett said he felt that users were “real people with real lives that take this seriously,” that “people are innately born with a desire to communicate and have fellowship and community with each other,” and that video offered viewers a more intimate and revealing way to “look right into the soul of the person who is talking.” A quick glance over some of the over 900 written responses revealed viewers who shared these sentiments, such as Uberware who wrote that “some videos makes me believe in mankind again…in real life, I rarely meet people that are this open with their feelings. Everyone just tend to think mostly of themselfs [sic] all the time. And to be honest, I feel refreshed coming here.” I saw responses that came from England, Australia and Norway but most from the US . Many thought YouTube was a space open to all, as jjdonebar stated, “From my experiences on YouTube, I would have to say we are everyone: young, old, black, white, yellow, male, female, straight, gay. To borrow from another song: We Are The World. Just like the rest of the world, we are good and bad, wise and foolish, encouraging and supportive, degrading and revolting.” 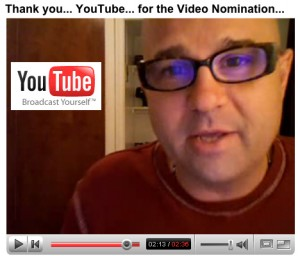 Despite these sentiments of inclusiveness, such a diversity was not demonstrated in the 341 video responses. Only two were noticeably from African Americans, and the written replies to furnifer‘s video contained overtly racists comments. Indeed, a glance at the top 100 rated, viewed and disused videos, and most subscribed channels reveals far less racial diversity than broadcast network television. Most were US uploads with some non-US sports and Japanese popular culture. Thus, rather than a “profoundly democratic” space, it is perhaps more revealing that YouTube commentary on “the community” has coalesced around musings from America’s heartland. In a follow up to his “Who are you” video, Robinett uploaded “The Community of YouTube” on August 7, 2006 where he held up his small Ohio town as an ideal template from which to measure the community value of YouTube. While sitting in his backyard by the fire pit where his family likes to gather, Robinett said it was the important “rules and regulations that make this a place where people like me and most of you would love to live. Its true community. We go walk down to the bank. There’s pizza places that we eat at all the time where we walk in and know the people there and we go to the grocery store.” Robinett contrasted this small town, wholesome portrait with YouTube which had become more like “walking into a bar… or an adult video store” that was unfit for “the mainstream.” So he advocated making YouTube a PG family space where the number of viewers could “explode.” Robinett comes across as a well-meaning and genuine guy who in one video climbed onto his roof to “standup” to end world poverty and has a quote from Martin Luther King, Jr. on his YouTube site. But in the discourse on community initiated by breakout YouTube personalities such as Robinett, the utopian references to radical democracy from critics, or the paternalistic promises of the founders to not forget “the community” that launched their fame and fortune, there was little space for the two pressing issues of community that have emerged concurrently with the rise of YouTube: The Katrina disaster that found the mainstream media and our country’s leader referring to black victims as “those people in that part of the country” and the immigrant rights movement that has been met with disdain from much mainstream media and legislative bills to remove noncitizens, especially those who wave anything but an American flag, from US borders. Sure, users can find videos of the Katrina disaster and immigrant rights marches on YouTube, but the idealized YouTube community is just as strained to include residents of poor city neighborhoods and migrant workers as old media is in representing ideals of the American community.

Concurrent with the announcement that Google acquired YouTube was another event that had to do with media, democracy and ownership but was nearly absent from YouTube community blogs — the FCC’s public hearings on media ownership in Los Angels. In a search for “FCC hearings Los Angeles” only one YouTube video came up that included a one minute opening speech by the less than charismatic FCC commissioner Michael Copps. As of this writing the video received 63 views with no written comments or video replies. No footage of any hearings participants at El Segundo High School or the USC campus had entered the YouTube community. 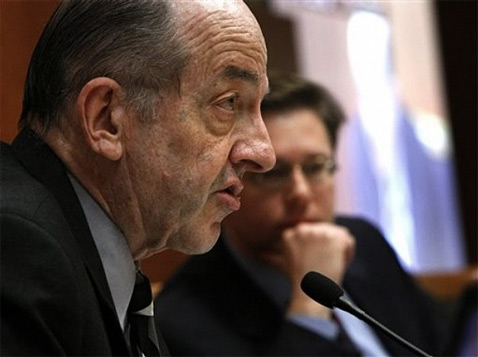 While Google’s acquisition of YouTube and its deals with old media corporations including CBS, Universal Music Group, Sony BMG Music Entertainment, NBC Universal and Warner Music Group have meant that, in the words of one active video maker, “the Wild West feel of YouTube is already slipping away,” we might also recognize that just as the democratic frontier myth of America’s Wild West has obfuscated the exploitations upon which the nation was born, the mythic idealizations of electronic frontiers such as YouTube also obfuscate the ways in which video culture has reproduced, or at least has failed to excite a concerted challenge to, the inequalities that persist in our American culture. Perhaps we might think about the difference between what it means to be a YouTube community and what it would take to use the YouTube video sharing technologies to help expand the movement for racial and economic justice. For this we can learn something from YouTube personas such as Robinett’s Renetto. In his “EXCLUSIVE YouTube Founder Chad Hurley interview!” video, Renetto, with his head covered with alien-proof tinfoil, interrupts a recorded interview with Hurley with commentary that both idolizes the founder for creating the space that gave Renetto life while also mocking the corporate language of “leveraged content” and “video platforms” that Hurley and the interviewer uses. It’s a format that is certainly more engaging than watching Michael Copps at an FCC hearing.