Recap Nation: Repetition and the TV Program as Commodity

I want to think about what internet program recaps suggests about the current state of television. Recaps are show summaries, some analytical, some humorous and others prosaic statements. They constitute an ever-expanding share of internet content–some are featured on websites devoted to a single show, others on sites covering television and pop culture, while sites like TVgasm and Television Without Pity consist almost entirely of scurrilous recaps. Increasingly, recaps can be found on non-television websites, testifying to their popularity (and that of TV). For example, Gothamist currently features weekly Project Runway recaps, even though its editor/writer Jen Chung admits she’s not sure they belong on a site about New York news and culture.

Recaps raise interesting questions about contemporary television. Their purpose, functions and pleasures are not as they seem. The form would appear most appropriate for more intricate and complicated dramas, but in effect (and with some key exceptions like 24 and Lost), bloggers/writers prefer narratively undemanding reality shows–perhaps because it’s easier to mock them. Recaps would seem to exist so that viewers could catch up with a show they’d missed (as with the soap opera recaps that used to appear in daily newspapers). Instead, they have proliferated in this era of TiVo, video-on-demand, broadband viewing, and iTunes downloads that make it easier than ever to keep up with favorite programs. There even appears to be a correlation between the greater availability of a show (like cable reality programs that are rerun several times) and the degree to which it is recapped–there are more recaps for Project Runway, The Real World/Road Rules Challenge and America’s Next Top Model than there are for network shows like You Think You Can Dance that are not rerun. While exceptions exist (like American Idol), this appears to be a trend. 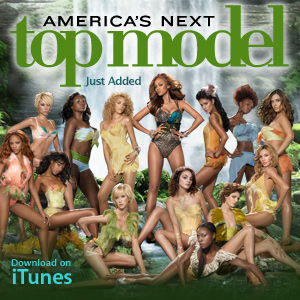 There are now so many recaps for some shows that reading all of them (which some viewers clearly do) can take up more time than watching the program itself. Still, this activity somehow seems more an extension of television than an immersion in something else. This isn’t just because the material is TV-centric, but because there is a fundamental connection between recaps and television–you have to see the show first. Indeed, audiences who miss a favorite show will likely not read recaps until after they have seen the episode in question.1 The pleasure of recaps, then, is not functional–they’re not primarily there to catch viewers up on what they missed, but to stretch the show’s pleasures until a new episode airs. Although other aspects of television blogs might explore what could happen next, often in conjunction with other media, recaps extend the show primarily through repetition. The sheer number of recaps suggests that some viewers want to read many different accounts of what happened even if (as is often the case) they barely differ.

Recaps testify to the pleasures of repetition in contemporary popular culture. As Derek Kompare has noted with regard to reruns, the pleasures of repetition are somehow intrinsic to modern America and its mass culture.2 Whereas reruns are a product of the television industries and are packaged in blocks that might limit textual individuality, recaps are essentially independent, and instead point to the significance of a single program. While recapper’s behavior resembles fandom and might constitute a form of it, it is clearly not the same: it is less engaged, more time-conscious (immediacy is key), and more ephemeral (only hardcore fans return to the recaps after a show has finished its run).3 It’s also not a new phenomenon: something similar happened in the mid-1910s with serial films, which were usually produced in conjunction with major press syndicates. Print versions of each week’s episode appeared in papers nationwide, not primarily to help people catch up, but to engage in the kind of pleasurable repetition that singles out a text as a unique commodity. 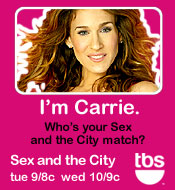 Sex and the City’s Carrie

Recaps suggest, then, that television has moved from flow to discrete text. Recaps and repetition focus attention on a show’s unique textuality, with even the most reverent sites chastising shows that violate their own rules, display inconsistency or feature misleading editing. Although there is some dualism between recaps that assert more middle-brow and conventional ideas about textual rules and integrity and those that take a more post-modern ironic stance, the phenomenon still suggest the primacy of text in contemporary television. Recaps also open up possibilities for new forms of television and broadband programming: TBS has recently started running Lets Talk AboutSex and the City, a show devoted to discussion and analysis of its syndicated version of Sex and the City. Similarly, MTV’s broadband channel, Overdrive, features its shows after their initial broadcast along with extra footage and recap-style After Shows.4 Taken together, these developments suggest that the future of television possibly involves more conservative moves–like a return to the text.

Notes
1 Another alternate possibility is that viewers will start watching a show so that they can enjoy the recap more. This is more likely the case if the writer is particularly funny and the show presents itself as a vehicle for scathing humor. Recaps also encourage people to watch a show as it airs, or soon after. In the case of cable shows that are rerun several times a week, this is important as it builds audiences for the all-important initial broadcast (improves the show’s visibility, increases the amount it can charge advertisers). Note most of this is accidental as recappers are largely independent bloggers.
2 Derek Kompare, Rerun Nation. New York: Routledge, 2004. See especially pp. 1-18.
3 Unlike reruns, recaps are immediate or nearly so. A week after a show airs is too late—often need to be up within 24 or 48 hours in order to get readers. In the case of official network sites, often need to be up immediately after the show airs (or at least after it has aired on pacific time).
4 The internet recap does have television antecedents including the repurposing of network reality shows (believed not to syndicate or rerun well) on affiliated cable networks. For instance, ABC repurposed The Bachelor, complete with each bachelor’s commentary, on ABC Family as The Bachelor: Special Edition.

Spigel, Lynn, and Jan Olsson, eds. Television After TV: Essays on a Medium in Transition. Durham, NC: Duke UP, 2004.