Darkness and Light: The Changing Mood of the CSI Franchise 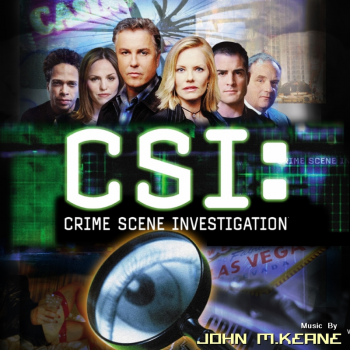 As the success of the CSI: Crime Scene Investigation franchise continues, so too does the surrounding discussion, in both the academic and public domains. While much of the debate has centred on the effect the franchise has had on audiences and on the processes of law and order (Melissa Crawley, Flow Volume 4, issue 5), I have previously written on the effect the franchise has had on the development of the television crime fiction genre. I would like to revisit part of this here due to changes in the franchise which need to be addressed as well as the affect the audience is having on the shows.

One of the key areas in my previous discussion was the way in which CSI: Crime Scene Investigation is able to innovate within the conventions of crime fiction, as defined by the shows which came before (my focus was on the ground breaking Hill Street Blues). The commission of the crime, the crime solving process and resolution are all represented as well as the carefully defined narrative space of the police station and the city. However the franchise has marked out its difference from previous shows, taking the generic conventions and altering them by shifting the emphasis to the crime solving process through the use of evidence. This is displayed via a strict narrative device of crime scene discovery, analysis, questioning suspects, and supporting evidence, which is used throughout the series.

The franchise utilises 'blockbuster' quality special effects to visually and very graphically examine the evidence, and often replay elements of the crime. These are innovative developments in the television crime fiction genre as few earlier shows were so graphic, or had the budgets to provide the effects. Quincy ME (1976-83) similarly focused on the importance of forensics to solve the case but was never shown in so much detail. The CSI shows also feature music accompanied montage and flashbacks to show the audience the commission and result of the crime.

With each show utilising the narrative structure, use of effects, and montage devices, the audience experiences the CSI brand which is reinforced throughout the franchise, and indeed enables it to succeed. As the audience becomes more accustomed to these new conventions, their expectations of the genre changes. It is their acceptance of these changes which, according to Neale (1990), is vital in genre progression and development and determines the importance of the audience.

The conformity to the franchise structure, displayed in all three shows creates a generic verisimilitude within the franchise, separate to the generic conventions of television crime fiction. Within the verisimilitude, however, there are slight differences which enable the audience to differentiate between CSI, CSI: Miami, and CSI: NY. The use of a different song by The Who for each show's opening credits is, along with the cast and location an obvious difference. The area which interested me most in my earlier essay was the thematic difference between the shows and it is this which I feel needs further attention now.

The different actors clearly distinguish the series from each other but I have previously suggested that the moral differences in the lead characters contribute to larger thematic differences in the franchise. In the original CSI: Crime Scene Investigation, Dr Gil Grissom's matter of fact scientist is far more accepting of criminality than the heroic, moralistic posturing of CSI: Miami's Horatio Caine. However it was CSI: NY which I found most interesting as there seemed to be an ambiguity in the character of Det. Mac Taylor. Taylor's character was introduced as a grieving widower who had lost his wife in 9/11 and while he fought to uphold the law he knew the limits of evidence and accepted the occasional lack of resolution. He was portrayed as serious, fiercely patriotic and often seemed conflicted in himself as he tried to serve his city.

The ambiguity was emphasized in season one in the darkness of the shots and claustrophobic nature of the city scenes as the narrative space. This marked the series out as quite different from the other two, especially the brightly lit CSI: Miami. [1] The narrative space used is an important part of identifying the tone. This is demonstrated in the styles of offices occupied in each show and the amount of time spent indoors, outdoors and between day and night time. 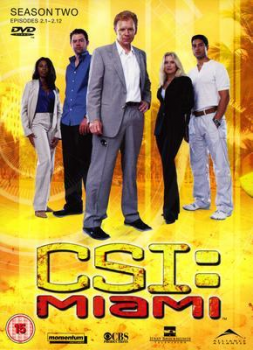 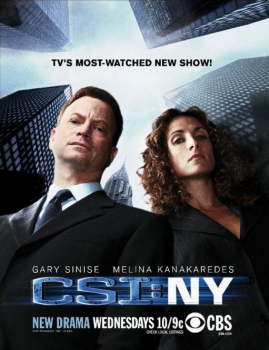 Another key indicator of the shows themes, indeed of any television series, is in the opening credits. In season one of CSI: NY the images of the cast were dark and serious with many exterior nighttime shots informing the audience. These credits demonstrate how serious and gritty this show is, particularly when compared to the bright credits of CSI: Miami. My previous examination coincided with the end of CSI: NY season one by which time there were suggestions that audiences did not appreciate the 'dark ambiguity'. Now that the show has reached the end of season two it requires re-examination.

The importance of the audience and its affect became apparent as the first episode of season two of CSI: NY opened bathed in glorious sunlight. The offices were modernised, the labs and morgue had moved out of the basement (and the cast were wearing very tight clothes, perhaps a coincidence). The opening credits were also altered to include new images of the cast in brighter environments and some of them actually smiling!

The season continued in this style, even removing the character, (the very gloomy) Aiden in the second episode and replacing her with a younger more 'upbeat' female character. Aiden was shown about to tamper with evidence at the end of episode one, season two, but by episode two it was revealed that in the end she 'did the right thing'. When Mac was about to fire her, she agreed to leave, as she was unhappy with the darkness of the job. This seemed to be a poor resolution to the interesting dilemma which would have had serious consequences for the character and all of her previous cases. The story was wrapped up too casually and seemed to be swept aside.[2].

The season continued with bright outdoor daytime scenes and plots featuring models, female roller derby teams and dancers. Halfway through the season a darker storyline was included in which one of the CSI's, Danny, is locked in a panic room with very little light and air (episode 11, “Trapped”). However the dark lighting and claustrophobic atmosphere were lightened considerably in the second plot featuring the murder of a stripper, complete with 'glamorous' shots of dancing and hot oil wrestling.

This type of episode, focusing on the bright and glamorous side of New York, as opposed to the darker street life exemplified in season one, has become the prevalent style. There has also been an increasing use of montage and music, (perhaps at the expense of plot?) and more positive outcomes and resolutions. The lead character Mac, has 'lightened' up and was even seen performing in a band in a recent episode (episode 14, “Stuck on You”), revealing a 'fun' side which was previously hidden from the audience.

By responding to viewer (and network) criticism and lightening CSI: NY, the limits to innovation are evident. This reinforces Neale's notion of the importance of audience acceptance. Perhaps innovation and genre progression has to be a gradual process. The brand's success then relies on the audience engaging with, and accepting the rules within the franchise and not diverting too far from them.

However this suggests that it is the spin-offs which are open to most criticism. While CSI: NY has gotten thematically lighter due to audience demand, CSI: Crime Scene Investigation has become darker (and it was already fairly dark). As the original series in the franchise, it has established the conventions and so far seems to be able to divert from them with less concern from the audience. The new opening credits for season six contain more graphic, violent images than in any previous season.

CSI: Crime Scene Investigation has always managed to balance humour with serious, and often dark storylines (the humour was lacking in CSI: NY), but in season six there was a distinct increase in the “darker” shows. In a two part story (“A Bullet Runs Through it” episode 7 and 8), Captain Brass is involved in a politically charged plot which involves the shooting of a fellow police officer. The evidence reveals in the conclusion that it was Brass who was responsible for the death, the consequences of which carry on through later episodes. There were also storylines involving sadomasochism, (a follow up to a previous season), a serial rapist, voyeurism and a suicide cult. It is interesting then that while the audience will accept darker, more gruesome stories in the original show (just don't split up the team), they are less accepting of it elsewhere in the franchise?

Personally I don't like the changes in CSI: NY and preferred the darkness, with its potentially interesting storylines. The show seems to have lost its edge and is now a fairly silly version of an interesting original concept. Perhaps Gill Grissom was right when he said “There are too many forensic shows on television”.[3] (Episode 17 ” I Like to Watch” season 6).

[1] I won't discuss CSI: Miami here as the latest season has not been shown on British television yet (they wait until the slower summer months and the channel which carries it retains ratings).

[2] In the first season (episode 21 “On the Job”) when CSI Danny seems to have shot a fellow officer he is thoroughly investigated until they discover his innocence. Though he is cleared it is shown as a rigorous and tortuous process for the character.

[3] This was a reference to actor, William Peterson's opinions on the concept of the spin offs which he refused to executive produce concerned that they would dilute the original.