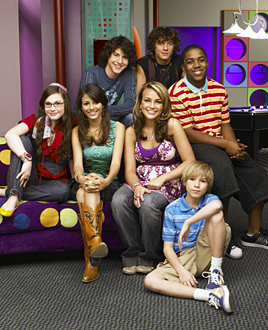 These days, it appears, people much younger than I am are using cell phones as if they were bodily appendages (recalling Marshall McLuhan's famous phrase and book subtitle, “extensions of man” to an extreme).1 College students I pass in campus hallways or teenagers I observe in shopping malls never seem to put down their cell phones, even while they're interacting with others in their physical proximity. I wonder, first, which and how many of the various types of cell phone-carried information are holding their attention. Is it just about talking to one another? Well, obviously not. I wonder, second and on a much broader scale, what combination of interactive and passive (or new and old) media technologies it takes to engage a contemporary teenager or pre-teen. Of course I'm not the only one to speculate about this; after all, this young person is the consumer media corporations wish to make money from over the coming decades.

While channel surfing recently I gained some insight into the minds of both the young people and those programming for them. I happened upon Nickelodeon's tween-targeted Zoey 101(2005-). It's a live-action program featuring a group middle school kids and starring famous little sister Jamie Lynn Spears in the title role (most fan sites assert that she's smarter and prettier than Britney, btw). I immediately was intrigued by the program's narrative premise: somewhat ethnically mixed (though all apparently affluent) kids working together to solve common teen dilemmas (both the slapstick sitcom variety and the real-life variety) using intellect, creativity, and humor. They're both nerdy and hip! The fictitious and quasi-fantastic setting for Zoey 101 is the Pacific Coast Academy (PCA), a posh (replete with a campus sushi bar) and newly coeducational boarding school overlooking a gorgeous California beach. Students there seem to exist in a world of their own, with adult authority figures appearing mostly as helpers (especially on the rare occasions when students need to be driven to or from campus) or comic foils. 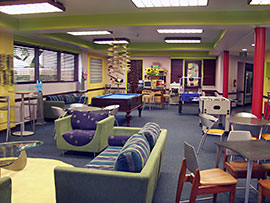 But what fascinates me more is how the array of everyday 21st-century technologies (cell phones, laptop computers, etc.) are combined with more esoteric inventions or concoctions, as the kids first get into difficult situations and then figure out how to extricate themselves. For example, in the “Little Beach Party” episode (originally aired in 2005), the nerdy Quinn (Erin Sanders) accidentally administers a sleeping potion to the ensemble. They must figure out how to get to the end-of-term beach party on their own, after they have dozed through the last bus departure. They do manage–with the help of a hired taxi. But upon finding themselves stranded at the wrong beach, a remote one, without transportation or even cell phone service, they must devise a solution. Immediate found materials including “inner tube, old rope, broken fishing pole, and sand,” clearly are of no use for transportation, so the kids decide to have a party, starting a fire and cooking a large fish but delaying efforts to get help. Then, just as everyone is getting tired and nervous, Quinn screams with delight, realizing that she can reconfigure components of one student's cell phone and another's laptop computer (conveniently brought along on the beach excursion) to create an extra-powerful cell phone. Help arrives soon thereafter, of course in the form of a “cool” teacher. Here a familiar adolescent dilemma narrative (reminiscent of older programs ranging from My Three Sons to The Brady Bunch to Saved by the Bell) readily absorbs the accoutrements of everyday adolescent life in the early 21st century. It just makes the show seem up-to-date, after all.

Much more fascinating to me still, though, is how the program's convergent technology-oriented narratives fit into the larger television “supertext.” Here I refer back to the term coined by Nick Browne in his classic 1984 article, “The Political Economy of the Television (Super) Text.”2

The television text, let us say, is a “supertext” that consists of the particular program and all the introductory and interstitial materials — chiefly announcements and ads–considered in its specific position in the schedule…. The most relevant context for the analysis of form and meaning of the “television text” consists of its relation to the schedule, that is, to the world of television, and second, of the relation of the schedule to the structure and economics of the workweek of the general population (588-589).

Clearly Zoey's individual program narratives are interwoven with the supertext that is the 2005-2006 Nickelodeon cable network schedule–not to mention the workweek of its era–in ways not imaginable to someone writing in a world of mostly broadcast network television (with a dozen or so fledgling cable networks, including Nickelodeon, just getting off the ground). Where kids of the 1980s (and their parents) were generally pleased just to see a fun (yet not offensively commercialized) age-targeted entertainment, the media-savvy adolescent of today demands something much more sophisticated.

Consider the supertext of the episode discussed above, as it was aired (as a rerun) on NickToo on February 5, 2006. There are three commercial breaks: before the start of the program, at the end, and in the middle. The middle break is the most revealing about the Nickelodeon supertext because, in addition to the usual tween-targeted commercials (mostly cereal and snack food), there is an in-house “Nickelodeon Presents: How to Be Well” PSA (a tongue-in-cheek nutrition-minded appeal to “beware of pie,” with black and white 1950s-style footage) and a Nick News with Linda Ellerbee segment on Rosa Parks. The previously mentioned spots point to Nickelodeon and its spin-off digital networks' uniquely defined marketing identity, hip and fun, yet still good for kids. I've discussed this sort of marketing identity in other work.3

Of more interest to me here and now is the fact that all other commercials during the episode, with the exception of the abundant food commercials, referenced media technologies other than television, most linked
directly to the program or the network. Websites were the most common, with Nick.com featured more than once (including several contests that required accessing the site to enter), but there were also DVD movies and a local commercial for Time-Warner Cable's RoadRunner high-speed Internet service.

Still, I could swear there were even more technology-integrated commercials running during Nick's teen- and tween-targeted shows a year or so ago. Further research would be needed to substantiate this, but if it is indeed the case, I attribute it to Nick's newly aggressive efforts to target its young audiences via multiple media platforms. The first stages in this effort are fairly well established. There are the digital networks Noggin/The N, NickGAS, and NickToo, where original Nickelodeon programs are recycled for viewing on different days and times. And there is the colorful and highly interactive Nick.com website (websites by now a standard and expected accompaniment to television programs, particularly children's programs). Among a plethora of other program-integrated features, Nick.com features the “Which Zoey 101 girl is right for you?” quiz, which allows users (presumably teen or pre-teen boys) to check personal compatibility with the show's female characters. And “Zoey101 Nerds No More,” which challenges online players to find the one appropriate combination of (movable and animated) clothing for a given character, involved in a given activity within a limited time (sort of a junior version of the popular program What Not to Wear).

Streaming video, however, seems to be the latest trend–both through the website and through Podcasts. Zoey reruns are among the first Nickelodeon programs available from the iTunes Store–and they are surprisingly viewable on the 1×1.5-inch screen of an iPod (or cell phone).4 In fact, with bright, colorful, and uncluttered sets and locations, as well as a preponderance of close-up shots, Zoey 101 easily might have been produced with tiny-screen viewing in mind specifically. Additionally, one of Nickelodeon's digital sub-networks, The N, just announced that it is introducing two new series meant to be watched both on television and on the Nick.com website–not for repeat viewing, but so that the televised episodes will be complemented by backstory from the website.5

Clearly Nickelodeon, with its young viewership, is at the forefront of accommodating the multiple-technology and multiple-platform entertainment that most in the electronic entertainment industries believe is the wave of the future. Time will tell whether or not, as the now-targeted youngsters age, more and more television or other multimedia outlets will adopt similar strategies–gambling on a future in which passive viewing is just … well … passé.

3. Megan Mullen, The Rise of Cable Programming in the United States: Revolution or Evolution. Austin: University of Texas, 2003.

4. As I have yet to purchase a video iPod (and my cell phone is not, yet, iTunes-capable), I have the tiny image superimposed on the Microsoft Word document I'm typing.