May 12, 2006 Yvonne Tasker / University of East Anglia One comment 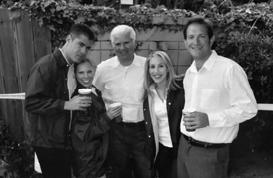 That families form a recurrent site of violence and disruption is a cliché shared by crime and reality television. Both come to mind when viewing LivingTV's Family Forensics, a UK version of the show originally produced for the Fox network by A&E. The show combines two familiar genres: crime shows driven by “expert” knowledge (forensics, profiling), and the confessional mode favoured by a number of lifestyle formats. US Crime drama (CSI reruns; Criminal Minds; Close to Home) and lifestyle shows (Extreme Makeover) are both prominent features of LivingTV's schedule, making the choice to adapt Family Forensics for a UK audience seem logical. I certainly wouldn't claim there is anything particularly new here, nor that Family Forensics is culturally central. What intrigues me about its particular form of genre hybridity is the ways in which it speaks to the connections between seemingly quite distinct programme traditions and pleasures.

The format unfolds as follow: each episode sees a family dispatched for the weekend while a team of experts pick over their home and possessions. The family are fingerprinted, must hand over their phones and provide samples of hair for comparison. Should partners/teens attempt to smuggle evidence out of the family home, now designated a “crime scene,” their bags are searched and personal items confiscated before they are packed off into a limousine. The home as crime scene is searched and the resulting “evidence” used to build a profile with which the family is confronted in the final part of the show, a perverse version of the “reveal” that serves as the makeover's climax. Interview inserts feature the participants commenting on their reactions to the experience and the experts' revelations. Ultimately it is suggested that revealing the family's hidden secrets is a healthy activity, the therapeutic rhetoric of self-discovery and openness presenting a rationale for voyeurism.

The Family Forensics team consists of a forensic scientist, a relationship therapist and a private detective, ensuring the effective combination of disciplinary regimes associated with law enforcement and the sort of public counselling familiar from talk shows. The show's revelations are banal more often than they are shocking, necessitating repeated teasers that rarely deliver: is the eldest son gay? (no, he isn't); has mum had an affair? (no, and the accusation is no secret); are the teens sexually active? (usually). Despite the state of the art mobile crime lab which appears on the scene like a removals truck, the most recurrent “crime” identified by the programme is the failure to communicate. Indeed that failure underpins the show's whole rationale since it depends on one member (typically the mother) nominating the family for scrutiny. One mum, who seems to realize pretty late in the day that the investigative process has implications for her too, explains that she “wanted them [her two teenage children] to be able to talk to me.” Since the children are not talking to their parents, Family Forensics offers enforced talk – on TV.

The iconic signs of crime television (the yellow crime scene tape; the suited up forensic expert; the detective sifting documents) are all mobilized to enforce talk. The awkwardness of Family Forensics, the gut-churning embarrassment as intimate webchats, mobile phone pornography and stained bedding are paraded not only in front of siblings and parents but on television, has to do precisely with this coerced intimacy. As Martin Roberts argues in relation to the BBC's What Not to Wear, the conventions of crime television (surveillance, line ups, seizure and confiscation) have already been effectively deployed in makeover shows. The combination of bullying and therapy that characterizes What Not to Wear lays the ground for a show like Family Forensics, the latter promising to uncover the truth in the name of both sensational entertainment (“Every family keeps secrets from each other, but in this show they're about to be exposed…”) and redemptive talk (the insistent offer of counselling at each episode's end).

The tropes of guilt, crime and punishment associated with crime TV might seem to be at odds with the successful lifestyle formula of consumption / surgery as redemptive. Yet lifestyle television in both the US and UK routinely brings the two together in a fantasy of disciplined family life centred on the perceived need to regulate public and private selves. Thus the investment in discipline which Laurie Oullette identifies as a defining feature of “Nanny TV” and which is manifest in the punitive subtexts of shows like Brat Camp and That'll Teach 'Em (in which contemporary kids are subjected to a 1950s style education).

Of course the teens featured in Family Forensics are talking, though not necessarily to their parents: revelations typically focus on text messages, video phone images and recovered online chat (for instance, the revelation that one teenage daughter had been engaged in late night webchats with someone describing himself as a 56 year old man). The process emphasizes the transitional status of teens: not children but not yet adults, they have no option but to sit and take it (younger children are either excluded from the process or asked to leave the room when particularly salacious revelations – such as the display of their parents' sex toys – are imminent).

Reality TV thrives on viewer/participant hierarchies, on our incredulity and delight at others willingness to reveal their vulnerability, weakness or even avarice on television's intimate public stage. The most immediate response to Family Forensics (as indeed other lifestyle shows) is to ask why anyone would volunteer for this show: the edge is of course that most of the participants have not volunteered. They think they are going on a holiday programme (the participating family does at least win/earn a holiday in the UK version). Like the kids on Wife Swap (a reality format which crossed the Atlantic in the other direction), the partners, children and teens forced to take part on Family Forensics are instead subjected to an unwelcome scrutiny. The contradictory imagery that sees “ordinary” families first designated as suspects and then rewarded with treats (champagne, family time at a spa or swanky hotel), represents a telling evocation of the trading of public humiliation for low level luxury items and experiences that characterise lifestyle television.

These conflicts are particularly acute in the final segment, which sees presenter Jayne Middlemiss and the team's relationship therapist confronting the family. The crime scene metaphor begins to give way to revelation and reflection, but the process is deeply uneasy, underlining the generic mismatch on which the show is premised. The teams “profiles” lead to embarrassment, comedy, emotion and explanations/new revelations. Part of the pleasure of these scenes stems from the participant's ability to defend themselves against normative moralizing (asked, “Do you like porn?” one participant replies with admirable understatement: “I'm a sixteen year old boy”). But these scenarios don't always bring the emotional closure so valued by lifestyle genres: what does a family do with a step-dad's admissions that he likes but does not love the kids sitting
next to him? Or how do we respond (emotionally, politically) to the way in which a mother's admission of her desire for a lesbian encounter leads to the revelation of her childhood experience of abuse? It is a notable feature of the episodes aired thus far that, as in this instance, the most significant revelations relate to the person who nominated the family for the process in the first place: it is mum who wanted to talk and be heard. The conventions and certainties of crime and investigation – profiling, questioning, evidence – and enforced talk here cede to the confessional. And as much as the family is portrayed as a site of disruption and stalled communication, the fantasy of connection and intimacy remains intact.