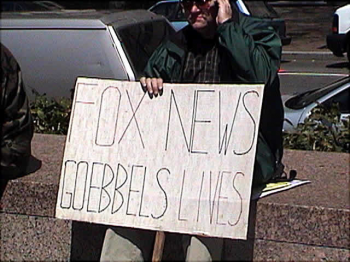 Routinely used — both in everyday talk and in academic argument, to indicate a kind of “bad communication”, related to “bad politics” — how helpful is the idea of “propaganda” for the development of our critical understanding?

Writers on “propaganda” tend to vary on the extent to which the term now carries an ineradicably negative meaning. They have also varied on what precisely it is about “propaganda” that earns the negative judgement. Many accounts reach back into history to the positive 17th century use of the term by the Roman Catholic Church in the formulation of strategies for world propagation of its message. For those who opposed the message, this helped give the word a negative slant too. Of course, many more recent examples of positive self-ascription can be found, including Dr. Goebbels and his Nazi Ministry for Propaganda and National Enlightenment. Again, it is not hard to see why a reactive, negative meaning was also thereby encouraged. Self-ascription still occurs today (interesting to see just which groups are prepared to do this) but is far less common. Calling yourself a publicist, a promotionalist or even saying you want to “propagate your message” may be OK but calling yourself a propagandist is decidedly unwise. And when in 1988 Herman and Chomsky chose to call their account of US media-political relations “The Propaganda Model”, they strategically deployed the condemnatory meaning to strong effect, essentially using the label that was widely used by Western governments to describe (and denounce) the political publicity and political news reporting of the Communist bloc.

Writers who, against the trend, still want to talk about the possibility of there being “good propaganda”, like for instance health awareness and road safety campaigns, put the emphasis almost entirely on the ends to which propaganda is employed rather than its nature as a means. As I noted, partly as a result of routine association with bad ends, this is now a very hard position to sustain. For those (many) others who regard it as inherently negative, this negativity can be seen to follow from the cynicism of its motives. But do we have to speculate about motives — doesn’t propaganda have some intrinsic ethical deficiencies as a communicative mode? 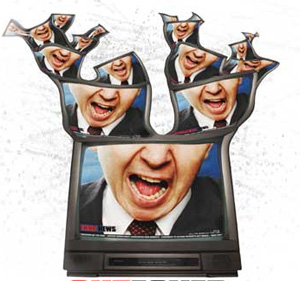 In looking at the very broad range of practices that have been described and (mostly) condemned as propaganda, we can identify key components.

1. Lying. The deliberate construction and circulation of false information. Although there is much argument that propaganda cannot be reduced to a matter of lying, it is a major element in a high proportion of cited examples. So “the truth” (conceived of with varying degrees of simplicity or complexity) is the chief standard against which “propaganda” is judged as deficient and bad.

2. Strategic selectivity. The deliberate omission from an account of important information that works against the viewpoint being promoted.

3. Exaggeration. This involves a distortive presentation either of positive or negative facts in a way that fits the case being promoted. What does and does not count as “distortion” will, of course, be open to dispute against other accounts.

4. Explicit or covert appeals to desire or to fear, seeking to exert persuasive force outside the terms of normative or factual argument.

More could be added but this is enough for my purposes here. 1 and 2 involve practices of deception. But 2 and 4 have become routine practices of promotionalism applied in a wide range of contemporary settings including commercial advertising and corporate and public sector publicity as well as in politics. 1 is often widely used too, but in many cases (e.g. advertising, employment law affecting false CV’s) is subject to legal constraints.

Given that examples of propaganda as cited in studies may involve all four features, do any of them, either together or in specified combination, constitute a sufficient case for description of what is produced as “propaganda”? It cannot usefully be argued that any of the practices is sufficient to use this description, since this would extend the idea of propaganda to cover virtually all forms of publicity and promotional discourse. It would thereby lose any definitional specificity as well blocking any sense of what are “bad” and what are “legitimate” practices within the complexity of current communicational ethics. In fact, only practice 1, lying, has firm enough discriminating potential to allow identification of a “bad” subgroup of promotional communication. And since lying itself is not necessarily propagandist, even if we take this route then 1 is only a necessary factor, requiring combination perhaps with 2 to provide the barest minimum conditions for such a category. Is this enough to firm it up as a term of analysis?

I think not. We may go on using the term to indicate communication with a level of strategic distortion that we find offensive to rationality and democratic deliberation but as a term it is low in analytic power. It risks some over-simplification and question-begging over both the origin and the nature of “bad communication.” As far the media are concerned, research has established a strong agenda about the kinds of framings, labellings, differential accessing of interviewees, pictorial cueings, narrative resolutions and evaluative moves that make up reporting. Application of the idea of “propaganda” here may mean missing much of the routine, subtle play of inequality and power over meaning that goes on. As for political discourse itself and its bid to win public acceptance if not agreement for policies and positions, well there’s certainly a lot of “propagating” around, but we might usefully put a sharper focus on the changing forms of political deceit. Political lying has been around for a very long time but we need to know more about its current conditions and practice. In short, then, we need to push past “propaganda” to some of the issues about the ethics of politics and journalism in a promotional culture that lay behind it. Issues that at the moment it has a tendency to either foreshorten or block from our view.