The Regeneration of Doctor Who: The Ninth Doctor and the Influence of the Slayer 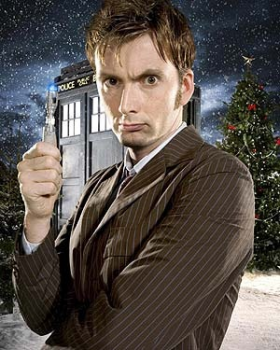 David Tennant as Doctor Who

On the 24th March I presented a paper at Reading University’s symposium, “British Television and US Imports: Aesthetics, Institutions, Histories” 1. The paper examines the new series of Doctor Who and the extent to which it has been influenced, both generically and thematically by US imports, specifically Buffy the Vampire Slayer. Given the international scope of Flow, and the timing, (the second season of Doctor Who aired Saturday 15th April on the BBC and the Sci-Fi network is half way through season one), I decided this would be an appropriate subject for my first column.

Doctor Who premiered on British television 42 years ago (due to start the night JFK was assassinated, it was postponed by a day), running for 26 seasons. The show was conceived as a family series which could be educational but which would be character driven. The more adult Quatermass stories had proved successful but the new (Canadian) head of drama was keen to fill the Saturday evening, teatime slot and had an interest in the sci-fi genre. (A slot previous Flow columnist Derek Kompare, suggested was unusual on US television).

The longevity of the show was in part due to a unique narrative device in which the Doctor was able to ‘regenerate’ when he died and inhabit another body, and conveniently another actor. These regenerations gave the show new character traits and were able to reach new generations of audience, each one able to claim ownership of ‘their’ Doctor. Likewise, the doctor’s travelling ‘companions’ could be conveniently written out of the show depending on the actor’s, or shows needs. In 1989 the BBC cancelled the show, however it continued in other formats, radio plays, or audio dramas, novels and the increasing merchandise surrounding the show.

New series, structure and narrative
After a 16 year gap, (the 1996 TV movie is not considered by all fans to be part of the canon) the show was re-commissioned by Controller of BBC, Lorraine Heggessy, a self confessed Doctor Who fan, amidst a media frenzy of speculation. Russell T Davies, also an original series fan, was given the task of bringing the show back as writer and producer. His experience and success of writing serial drama2 and knowledge of the existing Who canon have resulted in a highly popular, yet critically well received first (or 27th) new series and a ratings winner in the Saturday evening slot for BBC One. The ratings for episode one of season two suggest that the success is continuing.

The increasing prevalence of US television drama imports had influenced the new British shows and as the audience’s became accustomed to the US style and formats the genre developed. Neale (1990) suggests that generic verisimilitude, the genre’s conformity to the rules of the genre as well as the audience’s acceptance, and interaction, with the surrounding social cultural conventions displayed in the text, is “central to an understanding of genre” (p.45) and thus the audience’s role in a genre’s development and success is vital. The audience was also becoming accustomed to the US sci-fi series large special effects budgets which provided the genre with a mark of quality, stylistically similar to feature length cinema. This use of FX was becoming increasingly commonplace in British series and while the long running Star Trek, and its numerous spin-offs, has been influential in the genre, the increase in the number of hybrid sci-fi/fantasy/horror shows such as the X Files, Roswell and in particular Buffy the Vampire Slayer was having more of an influence.

The original series of Doctor Who followed a strict structure of long stories, broken down into smaller 25 minute episodes, ranging from two parts to, commonly, six part stories. This format was maintained throughout the entire 26 year run. However the new series of ‘hour long’ episodes of single stories in a 13 episode series, or season, were in the format which audiences had become familiar with through US drama series. This enabled the producers to immediately present the audience with familiarity, even if the Doctor was new. The changes in structure were not just apparent in the sci-fi series, but also in the British television schedule which were very much in tune with full and half hour slots as a result of increased imports.

The narrative in the new series also demonstrates the influence of the US drama series. Each new episode features a pre credit teaser sequence, a device used in US shows to capture the audience’s attention and interest before they go to a commercial break. The imports we receive retain the teasers but due to British broadcasting regulations do not have as many advertising breaks in the shows. As well as a pre credit teaser sequence the show uses a teaser for the next episode to encourage the audience to tune in again. The narrative in the new series was consciously developed to follow the US scheduling model: “The concept was given a very American kick up the arse.” “We built in ‘sweeps’ episodes — event episodes and two part stories placed strategically throughout the run to boost ratings. The last in the series quickly became the ‘season finale’.” (Russell T Davies 2006 in DWM, issue 367.)

It is interesting to me that the writers are very deliberate in the ‘importing’ of US techniques. The show has a long history on British television yet the writers are firmly engaged with the generic conventions and methods developed by the US models. By doing so the show has become highly successful, finding new audiences as well as retaining old ones.

The Doctor, the companion and the Slayer
The Doctor has changed with each new actor playing him, however the main characteristics of the, often dark, hero remain largely constant. The role of the companion has varied over the years, each filling a specific role. In the new series, the Doctor’s companion Rose, is largely his equal, demonstrated through skill, strength and, usually, her open-mindedness. She has more emotional attachments than previous companions, a boyfriend and mother left on Earth, which frequently feature in episodes. She is strong willed and more independent than many previous companions and is clearly designed to provide a strong role model for young women. J Shaun Lyon, author of the unofficial guide to the new series refers to an interview in which Davies refers to the character of Rose as a “Buffy-style female sidekick…a ‘modern action heroine.’ A screaming girly companion is unacceptable now…I don’t mean in terms of women’s rights — dramatically, we’ve got Buffy the Vampire Slayer now, so a screaming girly companion would be laughed out of the room.” (2005 p.72) He is conscious of the success of the character but also of the generic influence the show has had on audiences. To maintain the generic verisimilitude he has to emulate the character. 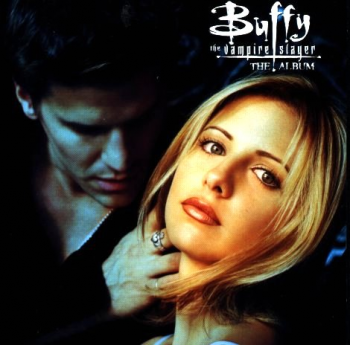 In her actions and attachments, the character of Rose is clearly reminiscent of Buffy from the cult US fantasy/horror series BTVS. Like Buffy, Rose’s family are important in her life and often play an important role in assisting the Doctor, though occasionally are the objects of peril themselves. The level of humanity this brings to the Doctor is different from the original series, and a reflection of Davies’ writing style. This is also, however a major theme in BTVS as the show’s demons were metaphors for real life issues.

The dialogue in DW has changed since the technical, educational jargon filled description which irritated John Pertwee. The ninth (and tenth) Doctor explains the workings of the TARDIS and alien plans in a modern language with dialogue full of witty retorts and quick exchanges (especially between Rose and the Doctor). The adaptation of dialogue to reflect societal change in TV is nothing new but in terms of sci-fi development it is not common in the genre. The influence of BTVS is again apparent as pop culture references have replaced the techno babble. The creators of DW have clearly been impressed by BTVS and often refer to it as a show they consider as important in the sci-fi/horror genre.

What struck me the most from looking at these shows, and was becoming more apparent throughout the symposium is the flow and mutual influence of television between the US and Britain. This ‘cultural exchange’ has existed largely since the beginning of television and often it is seems to influence one nation more than the other, but the reciprocity can only serve to better develop the quality and range of programs we all receive. All generic development comes from repetition and innovation (Born 1993) and in this case DW is combing the strengths of BTVS while retaining the unique nature and character of Doctor Who. This development will in turn enable the sci-fi genre to further progress with future shows.

Lyon, J. S (2005) Back to the Vortex: The Unofficial and Unauthorised Guide to Doctor Who 2005. Surrey: Telos Publishing.