Media reformers concerned about rising cable television bills and “indecency” advocates offended by cable’s titillating programs have joined forces in support of so-called à la carte cable which would allow subscribers to pay for only the channels they want to watch rather than pay set fees for packaged channels. This à la carte movement gained steam after the Janet Jackson reveal at Super Bowl 2004 when Nathan Deal, the Republican Congressman from Georgia, authored an amendment to a bill that would allow cable and satellite providers to offer channel subscriptions individually. The consumer advocacy groups Consumers Union and Consumer Federation of America joined the social conservatives from Concerned Women for America and Parent Television Council in a letter of support for the amendment. According to Consumers Union’s senior policy director Gene Kimmelman, à la carte would “help lower costs, increase incentives for quality fare, and give viewers the opportunity to not pay for channels they find objectionable or too expensive.” After failed efforts to reign in ownership alliances among cable systems and programming networks and unsuccessful attempts to reinstate rate regulations, Consumers Union turned to à la carte to stem cable rates that had risen 2.5 times faster than inflation since cable rates were deregulated in 1999. And cultural conservatives knew extending broadcast indecency rules to cable faced difficult legal hurdles, so à la carte emerged as an option to keep the heretical MTV out of the households that didn’t want it.

Most cable providers strongly opposed these efforts to tamper with their profitable, vertically integrated business models and editorial powers to bundle as they see fit. Other media conglomerates that did not own cable systems such as Disney also opposed à la carte because they made huge profits by using broadcast retransmission consent rules (Disney owns major market TV stations) to demand large fees and prime channel positions for its cable networks such as ESPN and the Disney Channel. But cable networks focused on African American and Latino-themed programming also vocally opposed the amendment supporting à la carte, fearing that their channels would be the first to perish under such a scheme. In April 2004 Alfred Liggins, chairman of TV One, the cable network targeting African American adults, wrote an op-ed in the Washington Times arguing against à la carte. A month later Debra Lee of BET, Jeff Valdez of Sí TV, Kent Rice of the International Channel, Mike Hong at Imaginasian TV and Rudy Ibarra from Outstanding Latin Entertainment wrote letters to the House Committee on Energy and Commerce stating that under à la carte their networks would never have launched without the guaranteed access to viewers needed to attract startup capital. At this time the Congressional Black Caucus joined these programmers in opposing à la carte.[1] 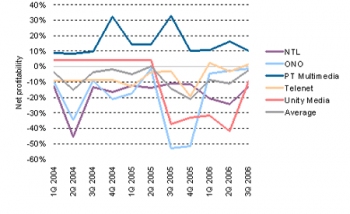 In reaction to this opposition the House Committee abandoned the amendment and asked the FCC to study the potential impact of à la carte. In the spring and summer of 2004 a host of civil rights organizations representing communities of color implored the FCC to dismiss the idea that they argued, in the words of the Leadership Conference on Civil Rights, “could diminish what little diversity is currently on cable and put minority and women programmers at risk.” Other civil rights organizations opposing à la carte included the League of United Latin American Citizens, the NALEO Education Fund, Allianza Dominicana, the National Hispanic Policy Institute, the Hispanic Federation, the NAACP, the National Urban League, the National Conference of Black Mayors, the National Coalition of Black Civil Participation, the National Congress of Black Women, the Minority Media and Telecommunications Council, and the National Asian Pacific American Legal Consortium. Women’s organizations also united in opposition, including the Sexuality Information and Education Council, the Global Fund for Women, the Feminist Majority, American Women in Radio and Television Inc. and the National Council of Women’s Organizations. Geraldine Laybourne, co-founder of Oxygen, strongly opposed the measure. Contrary to social conservatives who supported à la carte as a means to insulate families from television sex, fiscal conservative organizations such as Citizens for a Sound Economy, the Cato Institute and the Heritage Foundation invoked diversity issues in their opposition, but relied principally on neo-liberal dogma to oppose any government regulations. As the Cato Institute put it in its FCC filing, “this debate really comes down to the question of whether government should preempt an industry’s preferred (and quite successful) business model.”[2]

In July 2004 Booz Allen Hamilton released a report commissioned by the National Cable & Telecommunications Association that supported these groups’ assertions that mandated à la carte and themed tiers would reduce program diversity and raise subscription rates for those who purchased nine or more channels. Under the laissez faire ideologies of then FCC Chairman Michael Powell, it was not surprising that the FCC supported these findings that warned against government mandates. The Report’s conclusions were also partially supported by the US General Accounting Office’s October 2003 study. However, the social conservatives in the House Committee, and the vocal à la carte supporter Senator John McCain, who chairs the Senate’s Committee on Commerce, Science and Transportation, strongly encouraged the FCC to continue studying the issue. Lending momentum for further study was Powell’s announcement in January 2005 that he would resign, and three months later Bush’s appointment of Kevin Martin to the Chairmanship, an FCC Commissioner who had made opposition to indecency a cornerstone of his television policy. So the FCC’s Media Bureau went to work on the issue, but instead of conducting additional research it merely revisited portions of the Booz Allen study and identified “problematic assumptions” and “biased analysis.” For example, the Bureau argued that the Booz Allen report mistakenly assumed that under à la carte, viewers would watch less TV and that diversity would not necessarily decrease because advertisers would likely find niche channels with paying subscribers more valuable. But the Bureau’s report seems most enthusiastic about saving money for “mainstream” audiences and increasing ratings for the most popular channels. Consider the classical economic supply-demand reasoning of this passage that compares current practices of channel bundling to à la carte:

Not only is the report unconcerned about the loss of “non-mainstream” programming, it embraces it:

“Finally, in its discussion of efficiency in the marketplace, the First Report fails to note that bundling may result in the production of programming for which the consumer value is less than the cost of production, leading to an inflated supply of programming. If a switch to à la carte eliminated such programming, the result would not be a blow to program diversity, as the First Report suggests, but rather a restoration of programming to an efficient level, more consistent with consumer value…. The marketplace will thus be able more quickly to shed unpopular networks in favor of popular networks under à la carte than under bundling and in the process become more responsive to consumer demand for better programming.”

So programming diversity is measured by the optimal number of “mainstream” channels rather than a broad array of niche channels? What this says to the civil rights organizations and “niche” channels such as Sí TV and TV One that are mostly produced and watched by historically underrepresented groups is that a properly “efficient marketplace” that is more responsive to “consumer demands” would mean a weeding out of these “over-valued” networks. As Patricia Williams has demonstrated, this invocation of the abstracted and culturally neutral individual consumer in neo-liberal justifications for policy decisions has continued to suppress the interests of historically marginalized communities under the guise of a “neutral ‘mass’ entertainment.”[3] Rather than define a mainstream culture that is oblivious to its dominant status across class, gender and race, against a ghettoized cultural “other,” as Williams argues, we need “a view of a market in which there are not merely isolated interest groups, of which the ‘mass market’ may be one, but in which ‘mass’ accurately reflects the complicated variety of many peoples and connotes ‘interactive’ and ‘accommodative’ rather than ‘dominant’ or even just ‘majoritarian.'” Indeed, it is channels such as Sí TV that might not have launched in an à la carte environment, a channel that reaches across cultures with English language programming such as Breakfast, Lunch and Dinner which provides diverse perspectives on issues such as prisoner rights and gay marriage – a recent peak at their Website revealed a discussion forum celebrating Cesar Chavez Day during this critical period when immigration reform is being debated.

But waiting for cable giants like Comcast (which owns TV One) and Time Warner (which owns Sí TV) to decide what constitutes diversity and how much we should pay for bundled programming does not solve the structural issues of vertical integration, the radically unequal distribution of advertising dollars for programs that include the perspectives of communities of color, and the class biases of subscription television in general. And while à la carte offers no solution to these structural barriers, the way in which the issue is framed can have implications for how we build networks and campaigns to address them. When the progressive Consumers Union and the Free Press support à la carte in opposition to a broad spectrum of communities of color, and they do so by framing the issues using the classical economic language of individual consumer choice (the title of a Consumers Union report supporting à la carte is, “Let the Market Decide”), we risk reproducing the abstracted, universalistic discourses of consumer choice and neutral markets that have reinforced current structural arrangements rather than invoking the cultural rights of historically disempowered groups and the necessity that we all interact broadly with cultural difference instead of walling off our television viewing through personalized channel subscriptions.

[1] For a narrative of these early developments see Public Integrity.

[2] For a list of comments from à la carte opponents see MediaZone.