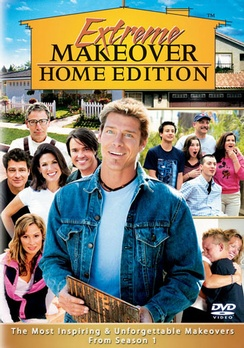 On January 16, 2006, The New York Times declared a positive trend in reality television. Amidst the “mean-spirited, bug-eating shows,” do-good programs had appeared to provide housing, healthcare and help to the needy. The article focused on Miracle Workers, a new ABC series that intervenes in the lives of “seriously ill people who lack the contacts or the money for treatment.” A team of doctors and nurses provided by ABC steers people to the “latest medical breakthroughs” while cameras “capture the drama of patient-hood, from consultations to surgery to recovery.” The TV network also pays for medical treatments not covered by health insurance, as was case in an episode featuring the Gibbs family of Florida, whose father and son underwent procedures to remove brain tumors that cost more than $100,000. Besides footing the bill for the surgeries, ABC’s medical team “asked the questions they did not know to ask, held their hands, made the arrangements,” said The Times. According to Mr. Gibbs, who described his family as “average people,” it was the TV show that got them through the ordeal.

What can explain ABC’s foray into the helping culture? After all, TV (particularly in the United States) isn’t required to do much more than maximize profit. The erstwhile notion that it should also work for the betterment of democratic society has been more or less obliterated by neoliberal policies. As Disney CEO Michael Eisner put it in 1998, “We have no obligation to make history; we have no obligation to make art; we have no obligation to make a statement; to make money is our only objective.” And yet, Stephen McPherson, president of ABC’s entertainment division, worked hard to convince The Times that a TV show like Miracles is more than a “toaster with pictures,” to use the idiom coined by former FCC chairman Mark Fowler. Although it is being packaged as reality entertainment, McPherson played up its educational and humanitarian dimensions, insisting that “whatever the rating,” ABC had done a good thing by providing “knowledge and access” to unwell people who lack the “wherewithal to get the best treatment” on their own.

McPherson didn’t dwell on how quickly ABC would pull the plug in the event of a less-than-desired rating or any number of business factors, from lackluster sponsor interest to the “wrong” audience demographics. Such is the fate of all television produced within the rationality of the free market. However, we shouldn’t dismiss McPherson’s statement as entirely disingenuous, either. In fact, I’d argue that he summed up a new mentality of public service that can be seen operating across much network and cable television, particularly reality and lifestyle programs.

Historically, attempts to regulate the use of commercial broadcasting for the so-called public good have focused on the cultural and intellectual fortification of the public sphere: By preparing the TV-viewing citizenry for its role in the affairs of the nation, the community and civil society, broadcasters would earn the “right” to conduct business on the airwaves, went this reasoning. The new mentality of public service, which is voluntary on the part of the TV industry, emphasizes the individual’s ability to care (or not) for her/himself. In other words, political sovereignty on TV has been severed from the electronic town square and rearticulated to a market model of citizenship that values choice, personal responsibility, self-sufficiency and empowerment–the basic characteristics of George W. Bush’s “ownership” society. McPherson’s definition of “do good” TV as that which provides the technical knowledge that consumers need to navigate a plethora of options and make the best choices in the service of their own well-being is an example of this shift.

Much TV is about demonstrating the duties, techniques and pleasures involved in the care of the self, whether that means the body (The Biggest Loser), the senses (Sex Inspectors), the psyche (Starting Over), the family (Wife Swap) or the home (Clean House). But television also acknowledges, in its own warped way, that no amount of technical knowledge can empower people who lack fundamental resources (“entitlements” in the maligned language of the downsized welfare state). Hundreds of thousands of people now apply directly to TV programs not just for medical care, but also for decent housing (Extreme Makeover: Home Edition, Town Haul), college tuition (The Scholar) and other forms of material assistance, from food to money for speech therapy to relocation help in the aftermath of Hurricane Katrina (Three Wishes, The Gift, Renovate My Family). This isn’t a new phenomenon: In the 1950s, TV programs like Queen for a Day and Strike it Rich showered “deserving” contestants with cash prizes and consumer goods provided by sponsors. But today’s “do good” TV is more pervasive, more legitimated, and more clearly aligned with political reforms and discourses.

ABC, with its high-profile “transformational” reality TV lineup, is the leader of the pack. In adopting the role of the private charity/social service provider in “real life” dramas of human hardship and suffering, ABC programs like Medical Miracles help to mediate the ideological contradictions of neoliberalism. But “do good” TV is ultimately more about television’s move into complex new bureaucratic roles and relationships than it is about ideological positioning in any simple sense. For Miracles, TV producers formed networks with patient support groups, hospitals and health care professionals, and through these “partnerships” became directly involved in the social work (screening, evaluating, outreach, testing, counseling) of the medical establishment. In classifying “deserving” individuals and redistributing the surplus of informational capitalism in a manner of its own choosing, TV also drew from an arrogant philanthropic logic that can be traced to Robber Baron industrialists. The difference is that TV has fused charity work with the rationality of the market, so that there’s no distinction between public service and cultural product. Finally, if TV stepped in to fill some of the gaps left by the unraveling of the welfare state, it did so with reformist zeal, implementing an extreme version of the “risk management” strategies practiced by HMOs and private insurance carriers (only surgeries with at least a 90 percent success rate were considered for funding by Miracles).

To understand the emergence of programs like Medical Miracles, we also need to know something about ABC’s ties to public and private agencies charged with the privatization of public service. Disney was one of the corporate sponsors of the 2005 National Conference on Volunteering and Service (Home Depot, which also sponsors ABC’s Extreme Makeover: Home Edition was another funder). The event was put together by The Corporation for National and Community Service, The Points of Light Foundation and the USA Freedom Corps, the agency created by Bush to foster a culture of citizenship, service and responsibility, and to help all Americans answer the President’s Call to Service.” In typical corporate liberal fashion, leaders from the public and private sectors met to strategize ways to develop a
culture of “volunteer service” (a term used to describe everything from corporate giving to bake sales) to meet America’s “pressing social needs.” U.S. Department of Health and Human Services Secretary Mike Leavitt spoke to the group about “economic goodness,” and a motivational closing plenary was delivered by Mark Victor Hansen, author of the self-help book Chicken Soup for the Soul. 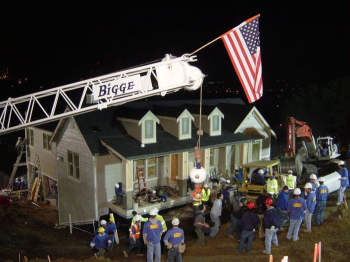 The ABC “do good” brand has emerged within this climate of cooperation among politicians and private corporations with a common interest in the privatization of welfare. Popular reality is the network’s favored venue for the new ethos of charity and volunteerism. Stephen McPherson, head of entertainment, spearheaded ABC’s Better Community Outreach program, which seeks to bring TV viewers “pro-social programs and messages” and give them the “tools they need” to “help build a better community one family, one house, one donation at a time.” Besides “partnering” with ABC programs like Home Edition to promote volunteerism on air, the outreach program aims to develop four qualities in American life: compassion, volunteerism, learning and environmentalism. If the rationale for doing this sounds a lot like the rhetoric surrounding the ownership society, web links to organizations (also called “partners”) from the Better Business Bureau to the Points of Light Foundation a virtual network of privatized care.

Home Edition receives over 15,000 applications every week from families hoping to improve their living conditions in some way or another. As it turns out, the process of applying to the show is not so unlike a visit to the paternalistic welfare office. Applicants are drawn into relationship of scrutiny and surveillance. To be considered, they must answer detailed questions about household income, education, debt, involvement in lawsuits and prior conviction of a crime, whether as “simple as a driving violation or as serious as armed robbery” (Be honest: We will find out sooner or later through our comprehensive background checks, warns the application). They must agree to provide three years worth of tax forms if selected, and they must explain in detail why their case is unique, what extraordinary circumstances have led up to their need, why they more than others “deserve” help. The families are also required to produce a short video, using a provided shot list and following guidelines such as “dress as if you were attending a formal lunch” and “women should wear light makeup.”

The most “deserving” of the applicants, as determined by the casting department, are then offered home makeovers in a “race against time on a project that would ordinarily take at least four months to achieve, involving a team of designers, contractors and several hundred workers who have just seven days to totally rebuild an entire house – every single room, plus exterior and landscaping.” The venture doesn’t cost ABC anything. Local businesses are solicited to donate services, and corporate sponsors from Sears to Home Depot provide the finishing touches. The catch to this spectacular fusion of business efficiency and corporate good will is that only a handful of families with “extraordinary” reasons for seeking outside help (e.g. a child with leukemia, a father who lost a limb in Iraq) will have their lives “transformed” by the program. “We just can’t help them all even though we wish we could,” says ABC.

Boldly claiming to change the “lives of the lucky families forever,” ABC nonetheless plays up the magnitude of Home Edition‘s humanitarian outreach to needy “others.” At a time when low-income housing programs are strapped for funding and welfare as we know it doesn’t exist, the program epitomizes television’s literal (not merely symbolic) role in the privatization of social services. The Home Edition web site is, incidentally, looped back to ABC’s Better Community project, where TV viewers are encouraged to become more compassionate by visiting nonprofit organizations (also described as “partners”) like Habitat for Humanity and Home Aid and by purchasing the new Home Edition DVD (ABC will donate one dollar for every product sold). George Bush must be proud.

This essay draws from my forthcoming book with James Hay, tentatively titled Television for Living (Blackwell).