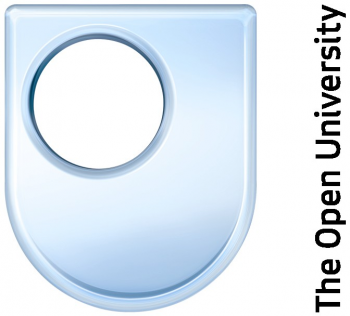 I’ve spent much of the last three years putting together with colleagues a new undergraduate media course for The Open University. Many US readers of Flow will be familiar with this British institution. Its mission is to provide part-time higher education for anyone who wants to pursue it in the form of supported distance learning. Yes, anyone. Thought up in the heyday of European social democracy by Harold Wilson’s Labour government, it goes without saying that this mission was enormously unpopular with Britain’s famously inegalitarian press when the university started up in 1970. Yet somehow the OU has survived newspaper scandal, Thatcherism and even, so far, the galloping onset of marketisation and audit culture in British universities. And it’s a non-profit, state-funded, public institution.

Why’s all this relevant to Flow? Well, the OU has had quite a role to play in the development of media studies. Even in the USA, it quite often gets a mention alongside the usual and now-tedious invocations of Birmingham cultural studies. The OU’s Mass Communication and Society (1977-1982) and Popular Culture (1981-7) courses were hugely important in Britain. Many well-known media-studies names authored teaching materials: Tony Bennett, James Curran, Stuart Hall, John Hartley and Janet Woollacott, to name some contrasting examples. Dozens more cut their media studies teeth teaching the courses at the OU’s summer schools and local centres in the 1970s and 1980s. Literally thousands of students took the courses as part of social science, humanities and other programmes. And hundreds of thousands watched the OU’s television programmes on the BBC. Communication, film and television studies barely existed in Britain before the early 1980s so these courses filled a huge hole for many who wanted to engage with the media and popular culture.

The most recent OU contribution to undergraduate media and cultural studies was Culture, Media and Identities, launched in 1997 and chaired by Stuart Hall. By the 1990s, the Open University was producing some of its teaching materials with publishers such as Sage, Routledge and Blackwell. The ‘Walkman book’ which introduces Culture, Media and Identities, and Hall’s own edited collection on Representation, have become well-known beyond the OU, along with other books in the associated series. The course also introduced the much-cited ‘Circuit of Culture’ really a development of Hall’s earlier encoding/decoding model.

People often ask how the OU system works. The short answer is: painstakingly. Courses (which usually form one-sixth of an honours degree programme) are produced by teams of dozens of people, including OU and external academics, local tutors from around the UK, professional editors, TV producers, website designers, technicians and others. This course team system of production is very intensive and the fact that it’s survived decades of managerialist drives for greater efficiency in the UK public sector is a minor miracle of academic autonomy.

In order to ensure that the distance learning materials are clear, cogent and academically rigorous, members of course teams read each other’s work in a number of different drafts — at least three – and make comments on these drafts at a series of meetings. And often in writing too. I remember with particular agony email exchanges of many hundreds of words about one sentence. (In defence of those of us involved, it did happen to be a sentence about Adorno and Horkheimer). To sit listening while a number of very bright people make detailed criticisms of your work is a process that is probably best described as character-building. If I said that no-one ever fell out and that each meeting began and ended with a group hug you wouldn’t believe me, and you’d be right. The process is wonderfully stimulating but unless you have a vast and impermeable ego, at times it’s also pretty terrifying.

For those of us charged with the responsibility of developing a new Open University media course, its earlier achievements in media and cultural studies were hard acts to follow. One of the most interesting aspects of working on the course (which, typically for the OU, has a less-than-thrilling title: Understanding Media) has been to observe the ways in which it has ended up reflecting shifts in the field of media analysis and shifts in the big wide world beyond it.

The mandate of the Understanding Media course team was to provide a secure foundation in media analysis for a new generation of OU students – and for others reading our published textbooks. One of the major dilemmas we faced was whether, in an introductory course, to stick with the production-texts-audiences trio which is at the heart of most ways in which the field is pedagogically carved up — including Hall et al.’s circuit of culture — or whether to try to innovate beyond it, as, say, Simon Frith does in his essay on ‘Entertainment’ in Curran and Gurevitch’s Mass Media and Society. With some trepidation – we were worried that it was becoming stale through familiarity — we played safe and opted for the trio as the basis of the structure of the course.

But in other respects, we have departed significantly from what a media studies course in the 1990s would have looked like. For many years, well-rehearsed tensions between political economy and cultural studies have divided the field; and, for better or for worse, to say that this division is ‘boring’ will not make it go away. Equally important in my view have been fissures deriving from the troubled legacy of post-structuralism. All this has led to real difficulties on some undergraduate media courses in bringing these various approaches and positions into dialogue with each other. In many universities, at least in the UK, the compromise has generally been that particular modules would be taught by critical realist/political economists; others by post-structuralists and constructionists; and others by popular culture academics. Or, worse, entire courses or programmes would in effect pursue one approach, with only tokenistic recognition of competing lines of thought.

For many amongst a new generation, whatever their own preferences, an adequate grounding in media critique needs to take serious account of cultural studies, post-structuralism and of the Marxian approaches that were sometimes portrayed as a thing of the past in the 1990s. Rather than advocating a particular approach, the Understanding Media team encouraged its authors to put different critical perspectives on particular topics into dialogue. In the fourth book in the Understanding Media book series, for example, the constructionist approaches that have tended to dominate textual analysis are rubbed up against critical realist positions. Across the course, our goal was to avoid caricature and un-necessary simplification so that students gain a real understanding of the different approaches on offer. This does not, however, mean a bland relativism: the preferences of individual authors shine through in their presentation of competing perspectives.

The course reflects changed political priorities too. For all kinds of understandable historical reasons, many cultural and media studies teachers in the 1990s, like much of the left, were overwhelmingly concerned with the politics of difference and identity. The political role of ‘culture’ itself, arguably sidelined for so many decades, became central – and indeed in some accounts the realm of culture in effect came to be equated with the social, or with politics. This was the aftermath of 1989, the period where political debate was dominated by conflict in the former Yugoslavia, and by the continuing struggle for gender and ethnic recognition.

To put it another way, though, this was the world before the WTO protests, before 9-11 and Afghanistan, before the second Gulf War. The politics of identity and difference remain key in the new course, but I suspect there is much greater attention to issues of social inequality, class and imperialism than there would have been if we had been producing the course ten years earlier. And the issue of market liberalism keeps coming back like a chorus in a pop song – especially in the book on Media Production, but not just there. For many years, consumption was where the action was felt to be in cultural and media studies, and was often understood as the privileged site of cultural creativity. Understanding Media’s book on audiences has a different inflection, and is centrally concerned with the experience of living in nations penetrated by transnational media flows. Here too, neo-liberalism, in its many guises, is a spectre haunting the teaching material.

In trying to create a media studies course for the first decade of the twenty-first century, we’ve tried to draw upon the widest possible range of critical media scholarship. Readings from over 70 authors are integrated into the textbooks, hundreds more are cited. And now that we’ve finished it seems to me that there is actually a tremendous body of critical media work to draw upon in meeting the challenge of teaching the media to new audiences. As for whether the Understanding Media course team has drawn upon this work successfully – that’s for others to judge.