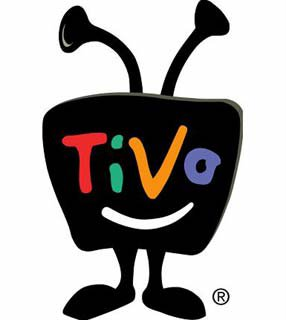 Like most people, it usually bugs me when I am wrong. However, this time I draw some comfort from what I now think may have been an erroneous conclusion. You see, I was afraid that the world was slipping mindlessly into boorishness. Perhaps because I have now lived in the South for a quarter of a century, I set significant store by manners. You really do open doors for others male or female. You say “please” and “thank you” always. Someone may set every nerve in your body on edge, bless their heart, but you smile and ask how they are. I am not, however, foolish enough to believe that my adopted region of the country is any less intolerant than the rest of America. But here in North Carolina, when regrettable human inclinations do rear their ugly heads, they are usually expressed far more gently and with greater grace than I was accustomed to in my native Midwest, the brusque environs of the Northeast, or the rustic West. The New South gilds the rank lily of social discord.

So I was distressed to note, over the last few years, what seemed to be a decline in that tradition of gentility. I teach a large undergraduate class in Communication and Technology about two hundred students. At the beginning of each semester we talk about the fact that we don’t have much time together, and that disruptive behavior deprives their classmates of the opportunity to absorb content that is, a) of important to their education and will, b) in their eyes, more importantly, be on the test. I tell them if they cannot resist the urge to chat among themselves to just not come to class. I don’t want them there. It is a strategy that drops attendance, but increases the quality of my interaction with the students who show up ready to shut up and pay attention. This semester there seems to be a heightened disconnect between those instructions and class behavior. They come, but still chat among themselves with no semblance of restraint, let alone shame or remorse. They do not see their behavior as aberrant.

“Rude, foolish undergraduates,” I thought. And then I went to my graduate class. Seventeen students, most over thirty years old, most employed, adults, you know what I mean? Even in that group there are several that see nothing wrong with striking up “parallel conversations” during class. “Very weird,” I thought. And then I went to a faculty meeting — twenty or so PhDs, all of whom are deeply invested in the business being conducted. But they, too, feel entitled to address issues of concern with the colleague sitting next to them, regardless of whom actually “has the floor.” “What the hell is going on!?” I thought, “Is civility dead?”

Then I realized it may have nothing to do with manners, it is all about TiVo, technology, and the fracturing of interpersonal time and space. Think about it. TiVo is not about the digital recording of video. That is only part of it. TiVo commercials tell us that TiVo is all about being able to “pause live TV.” We can be watching something unfolding “in real life,” — a hurricane striking the coast of Mississippi and Louisiana, or the Hurricanes playing hockey — and then a parallel real life” intrudes. Your spouse needs help, a child cries, the dog scratches at the door, the phone rings, whatever. No problem, you hit a button and the “live event” on the TV screen freezes. You then tend to the more immediate reality. Afterwards you return to the screen, hit a button, and resume the frozen reality.

It is an increasingly common scenario with very uncommon implications. The notion of the “here and now,” that usually seems so solid, just got a bit strange. The question of “Which ‘real life’ do you mean?” is no longer the sole property of philosophers or absurdist playwrights, it has wiggled its way into our living rooms and our classrooms, into the coffee shop and the faculty meeting.

Here is what I think is happening. Reality now flows around us in a variety of different streams. There is the physical reality of my location and the events unfolding in that location, but there are also the parallel realities outside that location that are now in accessible electronically, digitally. My computer, my cell phone, my pda, my Blackberry, my iPod, my Bluetooth prosthesis, all let me select a preferred experience from among those intertwining realities. And TiVo goes one step further, letting me choose which time to designate as “live.”

The power to select from a rack of potential realities makes the designation of “here and now” an idiosyncratic option. I choose my reality on the fly, and utilize the communication protocols appropriate to that choice. The results are not always polite. When varying individual realities share the same physical space there is inevitable friction. 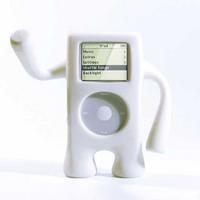 Consider the person standing next to you at the metro stop who has chosen the reality of their hands-free, ear-bud cell phone. He cradles his hands in his face moaning, “Baby, how can you say that? She means nothing to me.” You sidle down the platform a bit and sit beside a suit enmeshed in Blackberry. Her fingers flicker over tiny keys while she mutters phrases that sound, at the very least, confrontational — in a language you do not understand. You move again, and find yourself the unwilling partner of an iPodded youngster, moving in what you can only hope is sympathetic rhythm to the music in his head. And, as Sonny and Cher asserted decades ago, the beat goes on.

Social norms and mores, of which manners are an irrefutable part, have one primary function in human society — to smooth the inevitable conflict between personal inclinations and the comfort of the group. The current 21st century technology-enabled environment gives us unparalleled personal power to pick and choose the reality of the moment. It advantages the unique reality of the individual. It inclines me to “suit myself.” That invites conflict with the more social, group-centered norms of the 20th century — norms that emphasize social cohesion and personal restraint, norms with which most folks over 30 were socialized. The resultant friction is both uncomfortable and unnecessary.

What we need is a conscious reconfiguration of communicative etiquette for the 21st century. Increasingly we focus on the mechanical efficiency of digital communication systems, but at the expense of human sensibilities. We need a set of guidelines for respectful interactive behavior in an increasingly complex — from both an existential and a technological perspective — world. We need new social conventions that will simultaneously acknowledge and employ the increasing communicative power of our interactive environment, while retaining the grace of softer times. I do not know what that should look like, but I strongly advocate one guideline: courtesy. Acceptable communication in the 21st century, mode notwithstanding, should attend to the comfort of the other, every bit as much as it champions the choices and expressions of the individual.

Thank you for your kind attention.