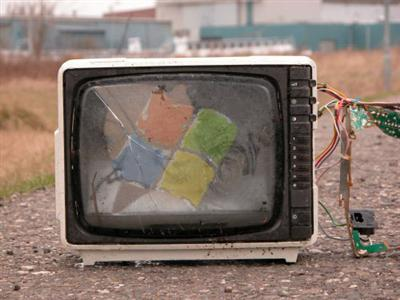 With the dust of spring semester settling upon textbooks and prime-time shows alike, it seems an appropriate time to look back at the past scholastic year in television and the many ways it has been unpacked on Flow. This journal began humbly in the beginning of the academic school year, hoping to provide television scholars with a place to raise current issues of relevance as well as to incite discussion among those that rarely have such an immediate forum in which to do so.

Over the course of the past several months, column topics on Flow have ranged from global development through media to digital technology’s infiltration into our daily lives, from alternatives to mainstream media to the importance of Laguna Beach as a barometer for “emotional realism.” Columns have been written by those who are pioneers in the field as well as those just beginning their academic journey. These authors, topics, and conversations have all been presented on equal footing, and displayed in the same arena. Out of this, real discussion has begun to occur. Media scholars, cultural critics, and those with only a momentary curiosity have come together from all across the world to create a space for discussion on hundreds of different issues from as many different viewpoints.

And the need for this type of dialogue couldn’t be more important. Shaima Rezayee was seen as the face of the new generation in Afghanistan. Rezayee — a veejay on Hop, a program broadcast on Tolo TV, Afghanistan’s version of MTV — was the only female presenter at the station. Rezayee had adopted Western clothes and attitude to go along with the Western programming shown on her program. For this, and other offenses that would seem benign to American audiences, Rezayee was eventually fired two months ago. Last month, on May 20, she was found shot to death in her home by unknown assailants, presumably as a result of her actions on television. In light of situations such like these, and many more across the globe that occur as a result of the production and broadcast of television, the value of a forum such as this one becomes uniquely clear.

In this issue of Flow, columnists continue the ongoing discussions that began in the past few issues on the state of Media Studies today. Horace Newcomb comments further on the McChesney/Fiske debate that began in Issue 5. Henry Jenkins argues for the potential of a participatory media culture and discusses its various approaches. Michael Curtin argues for structural diversity within media, while Robert Schrag dispels the illusions of our digital world. Cynthia Fuchs takes a look at the show Medium and its relationship to television as medium, and Anna McCarthy looks at The Benny Hill Show and its recent revival. Eric Greenfeld explains the legality of reality television and its eerie similarities to movies of the week.

Please feel free to participate in ongoing discussions or start up discussions of your own by commenting at the end of articles. After all, Flow was created as a resource for precisely this reason.