The Loss of Value (or the Value of Lost) 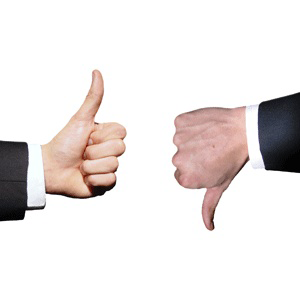 Flow offers a valuable space for exploratory writing, falling between the formal precision of traditional publishing and the casual off-hand remarks of an online discussion or blog. This format allows scholars to try out ideas which may not be quite ready for prime time. Likewise, it offers a forum for presenting controversial ideas and generating discussion, building a more collaborative model of scholarly community than typically found in print publishing.

In that spirit, I wish to make a claim that may be the most controversial position as yet argued in Flow‘s brief but vibrant first year:

Lost is the best show on American broadcast television.

Some readers might harrumph at my claim because they disagree. I invite such debate — offer up rationales as to why other programs may be better than Lost, positing the comparative value of Amazing Race, Arrested Development, Alias, or even shows further down the alphabet. I’ll offer my specific arguments for valuing Lost in my August column, as I am reluctant to articulate a position before seeing the season finale (which has yet to air as of this writing).

But the more dramatic disagreement I expect to provoke in this column stems from the assumption that television scholars are not supposed to write such evaluative statements. Somewhere in the short history of our discipline, evaluative claims have been nearly eradicated from scholarly discourse, marginalized to the function of television critics and scholars of questionable merit, noted by their lack of theoretical rigor or overtly celebratory tone. It is not as if we are completely banned from the act of judging in our scholarship — we regularly evaluate television programs on their political merits, their social impact, their economic motives, their effect on the television industry, or even their appeals to popular tastes. But while we may proclaim the various merits or flaws a show might offer on these grounds, it is seemingly off-limit to reflect on whether we think the program is ultimately any good or not.

Or at least not in explicit terms… We dare not acknowledge that we’re writing about Buffy the Vampire Slayer, The X-Files, Star Trek, or The Sopranos because we think these shows are great, but it’s not coincidental that the programs that seem to be most explored within television studies also seem to be the ones that television scholars most enjoy. Why not be honest about it? I’ll out myself here–I wrote about The Simpsons, Soap, and Dragnet in my book at least partly because I love these programs and wanted to immerse myself in studying great television that gives me pleasure.

Television scholars (or at least the circles I run in) value television quite a bit — recently at the Society for Cinema & Media Studies conference in London, I spent a good deal of great times connecting with old comrades via discussions about our televisual tastes. Over hearty pints of bitters, we debated the comparative values of various seasons of Alias, the questionable merits of 24, and the generic pleasures of reality TV. These discussions might start with an observation of personal taste, but we quickly slipped into arguments about value, quality, and aesthetics, concepts that only appear in our scholarly writing as discourses, protected by the conceptual prophylactics of “quotation marks” or ‘inverted commas.’

Yet if we look deeper at our assumptions and foundations, are our own values of aesthetics and taste any more contingent than our political beliefs? Cultural scholars learn from Pierre Bourdieu and his followers to reject aesthetics as nothing more than a manifestation of class privilege, but don’t we find a way around this strict constructivism for political judgments? We can argue for or against textual representations of gender, race, or nationhood as grounded not in absolute transhistorical universals, but via our contingent and contextualized notions of justice and equality. Can’t we do the same for aesthetics, recognizing that while taste is not universal, it is more than egalitarian personal opinion?

Media studies, as growing out of the model of cultural studies, eschews the elitist impulse that has marked academic analyses of popular culture, from Matthew Arnold to Theodor Adorno and beyond. But is it any less “elitist” to impose ones political values via interpretive criticism (which is commonplace in TV studies) than offering aesthetic judgments via evaluative criticism (which is not)? In both instances, we assert a level of expertise that elevates the argumentative force of such evaluations, not necessarily based on appeals to absolute universals or rarified tastes, but hopefully via clearly laid out contextualized criteria, detailed close analyses, and both rational and emotional appeals.

After reading Susan Douglas’s Where the Girls Are, my students are usually swayed by her claims about the ambivalent gender politics of Charlie’s Angels — not because she’s intrinsically “right” but because she makes a good case. But after screening an episode, my students always comment about how “bad” the show is, with simplistic narratives, lack of suspense, wooden acting, and bland visual style. Per the unstated boundaries of media scholarship, the only acceptable responses are “well, we’re all entitled to our opinions,” or “what cultural hierarchies are you endorsing by valuing suspense, complex writing and acting, or visual vibrancy?”

But value is neither simply opinion nor just social oppression. Those of us who teach or engage in media production know these pitfalls well, as any form of creativity might be seen as having equal merit in the eyes of the young producer bucking for a good grade and/or personal validation. But creative choices are not all created equal, as we regularly teach our media production students to justify their formal choices and place them within a context of established norms and conventions. No choice is inherently better or worse on its own, but they must be justified (implicitly or explicitly) in the context of broader creative practices. Can we apply the same rationale to the act of consumption and criticism?

I believe we can, and a few voices in cultural studies are asking similar questions. Most notably, Simon Frith’s Performing Rites is a vital call for the value of evaluation in cultural scholarship of music — alas Frith’s approach has not been widely adopted within cultural studies since its publication almost a decade ago. When it has, like in Michael Bérubé’s recent collection The Aesthetics of Cultural Studies, television is not on the agenda as an object of evaluation (although Bérubé does tackle televisual evaluation on his fabulous blog) — perhaps a residue of the still prevalent devaluation of TV as a medium. The only exception I’m aware of within contemporary television studies is Charlotte Brunsdon, who regularly asks us to consider “quality” not just as a discursive construct, but also as something that matters and warrants discussion.

Why has television studies been arguably more lacking in evaluative scholarship than other media? Partly it’s a matter of academic history — as other popular forms like films or novels became integrated into the academy, they entered into an evaluative tradition through analytical modes like authorship and formalist criticism. Even as these methods were supplanted with other critical modes, the tradition of evaluation shapes film studies enough that nearly every class focuses on “quality” examples of the issues addressed, whether it be national cinemas or gender representations. How many of us who teach television studies acknowledge that one worthwhile goal of teaching media is cultivating appreciation, exposing students to examples that expand their horizons and tastes? (Again, I’ll out myself — I regularly show students television that I think is great, with the partial purpose of cultivating their tastes for shows like Alias, Six Feet Under, Arrested Development, and Homicide.)

Another reason for television studies’ disengagement with evaluation stems from a comparative thinness within the realm of popular critical analysis of television, with few sites of sophisticated evaluative critique as compared to the numerous publications and practices dedicated to evaluating film and popular music. Aside from the rare television critic whose voice rises past the space next to the TV listings in local papers, like Ken Tucker, Heather Havrilesky, or David Bianculli, the only long-standing influential model of evaluation that has been regularly applied to television is the outright dismissal common to Frankfurt School critique, mass communications research, and Postman-style medium theory. With little tradition of sympathetic evaluation to build upon, television scholars have yielded this terrain to journalists looking to move up the critical ladder and academics skeptical of the medium as a whole (although arguably online TV criticism is starting to fill this void). Thus film, literature, and music scholars can turn away from evaluative critique while still maintaining its place within the larger constellation of each discipline, but if television scholars don’t add evaluation to the mix of our writings on the medium, then there is little space for a positive assertion of the possibilities of the medium which I, for one, value.

The importance of asserting evaluation has been driven home to me recently in discussions surrounding the publication of Steven Johnson’s account of the cognitive value of popular culture, Everything Bad is Good For You. Johnson has been roundly critiqued in a range of sites, from Postman-ite hang-wringing on various blogs like StayFree! to Flow‘s own Allison McCracken questioning the cultural assumptions underlying Johnson’s claims. In all of these critiques, it seems that it is still viewed as suspect for an intellectual (especially on the left) to assert the positive value of television. While certainly I’m not suggesting that television scholars should neglect the cultural, institutional, political, and social questions that tend to motivate our teaching and research, we need to open the big tent of television studies to allow for aesthetically engaged evaluative arguments about the medium and its programming, positing the creative legitimacy of television which is seemingly forever under attack.

In August, I’ll attempt to model such analysis, arguing for the value of Lost (after I’ve spent sufficient time enjoying and reflecting on its powerful first season). In the meantime, I welcome your comments, debates… and evaluations.

Links:
An Unofficial Lost Fansite
I Like To Watch
Michael Berube
StayFree!
Television Without Pity
Teevee.org – We Watch So You Don’t Have To
Wanderlist – Favorite Television Shows