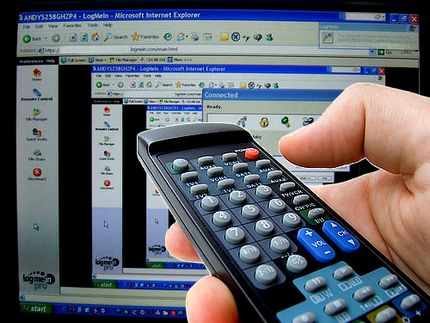 Welcome to the first issue of Flow Volume 2.

Pimp My Ride. The Sarbanes-Oxley Act. Flat Screen TVs. The Food Network. Flow has covered a lot of unexpected ground in its first six months, and that’s exactly what we hoped it would do.

Where does Flow go from here? In the next few weeks, you will see some changes. First, as you might have noticed, the look of Flow has changed to a more streamlined and, we hope, more visually pleasing format to help present our expanded roster.

Second, we are adding a couple of new regular columns. Starting this week we introduce Pass the Remote, a collaborative column in which, over the course of each two-week issue, three writers exchange a series of open letters on a topic of their choice. Pass the Remote is an experiment in emergent critical exchange, a sort of slow-motion (and perhaps more thoughtful) panel discussion. Natalie Cannon writes the first letter, asking about people’s responses to HBO’s Carnivale‘s inversion of good versus evil through its valorization of the freaks over the normals.

Finally, starting this week, each issue will be introduced with a short column written by a couple of our student editors. The introductions will take on the challenge of linking the weeks’ entries into the larger weave of the months-long discussion on Flow. Needless to say, this will be an exercise in creative thinking and we’re looking forward to discovering the surprising and unexpected connections the editors make from the raw material of Flow.

In fact, a couple of our columns even seem quite opposed to one another (though our columnists did not compare notes beforehand). On the one hand, Michael Curtin continues to advocate for TV reform that engages audiences as citizens first and provides a space for politics to be contested and deliberated. Implicit in Curtin’s argument is the idea that the commercial media’s privileged forms, namely the myriad entertainment genres that reduce politics to personal struggles, cannot stir up such conversations, due to their underlying commercial imperative and willingness to exclude publics that have little discernable consumer potential.

Henry Jenkins, on the other hand, argues that it is precisely television’s ability to make the political personal, or more precisely, the national familial, that makes it ideal for engaging with the discursive focus on the family that has been popularly adopted by Republicans and Democrats alike. Jenkins points to the proliferation of programming that rely on discursive constructions of either progressive nurturing parents (The West Wing) or protective strict fathers (24) and advocates for more series like Lost and Jack and Bobby, that explore the merits and limitations of both sets of national parenting skills, in turn opening up popular sites for the nation’s majority purple citizenship to actively engage with complex and multifaceted individuals and society’s that must work together to find middle ground.

Curtin also believes that TV reform must be popular, but he sees this possibility in multiplexing PBS so as to appeal to multiple audiences rather than trusting privately-owned for-profit media to cover all the requisite bases. How this will provide for the debate and deliberation Curtin clamor’s for instead of just creating even more segmented enclaves of public intellectuals is an important question in need of further investigation. Jenkins also seems hopeful that programming that incorporates diverse political discourses disguised as parenting strategies will generate public conversations that seek middle ground (should Kate choose Jack or Sawyer?). Making the waters muddy however doesn’t necessarily encourage people to debate environmental pollution. Some people just like to play in the virtual mud. Now, if only viewers could vote characters off the island on Lost…

The more time spent thinking through these columns, however, the more apparent the connections became, both topic-wise and at a meta-level. Cythia Fuchs’ discussion of embattled, conflicted, beloved, and dreaded authoritarian vigilante cops on cable reveals one of the great hypocrises of popular culture when placed alongside Melissa Click’s discussion of public responses to Martha Stewart and her post-prison televised efforts to reinvent herself. What’s good for the gun-toting goose ain’t for the non-gender conforming gander. Where Mackey is complicated, Martha’s just a bitch (Bernardi makes a similar point regarding the ways advocates of pornography’s gender and sexual complexity seem purposefully oblivious to the ways these representations are often constructed at the expense or through the absence of race).

Fuchs’ discussion of out-of-control cops who police society but often seem in great need of being policed (a variant on Jenkins’ parental hybrid perhaps — one that both valorizes and villifies the strict parent) also compliments Anna McCarthy’s questioning of whether the pleasures of watching reality TV really have anything to do with the supposed lessons on policing oneself that critics habitually attribute to them. Moreover, McCarthy’s provocative questioning of whether the neo-liberal DIY-or-perish culture often promoted on reality TV actually provides viewers with potentially alternative visions of governance by so-called experts, contest judges, and telephone voting feeds back onto Curtin’s call for television that provides space for different forms of political engagement — though not necessarily in the way Curtin intended.

On a meta-level, all of our columns this issue seem concerned with questions of expertise and ways that audiences engage with and position themselves in relation to so-called experts. Schrag bemoans the professionalization of digital art technology at the expense of allowing users to explore and experiment. Bernardi questions the logic of selective scholarly discussions of porn that seek to polarize conversations about the genre in terms of pro and anti-feminist positions, implying that such dichotomies privilege discussions of gender at the expense of race. Jenkins argues that audiences regularly engage with discourses of parental expertise in their television viewing, while Fuchs investigates the appeals of conflicted authoritarian figures on cable cop shows. Natalie Canon also questions the appeal of inversing hierarchies of expertise on Carnivale by privileging the Carnie code over the manipulations of the clergy while Melissa Click suggests that Martha Stewart’s status as an expert on the business of domesticity has engendered a complex, often reactionary response from her detractors, who seem uneasy with her traversal of gender roles and her blurring of public and private boundaries. Perhaps Anna McCarthy, however, is the most explicit in her assertion that the pleasures of reality television rest precisely in the ways viewers are able to fashion themselves as experts alongside the show’s stand-in judges and advisors.

A similar question might, in fact, be asked of media scholars in general. Part of the reason for the creation of this journal was a desire to define our roles as ‘experts’ differently, to be more engaged and involved with one another and with a larger public, to encourage more complicated relationships (for ourselves, for our readers, and for television viewers writ large) between pleasure and expertise, legitimating critical reading strategies and media literacy as not just important, but enjoyable. Have we succeeded in this endeavor? Or, have we further justified our own social positions as academic experts who get to decide what America’s next top model for television should be?

We would like to take this opportunity to thank our columnists from the first volume, all of whom took a flyer on a speculative project. We’d also like to thank Flow’s senior editors and column editors. Their constancy and enthusiasm for Flow has been remarkable, even as they endured the difficult fits and starts of a complex enterprise like ours. Without them, this journal wouldn’t budge, much less flow.