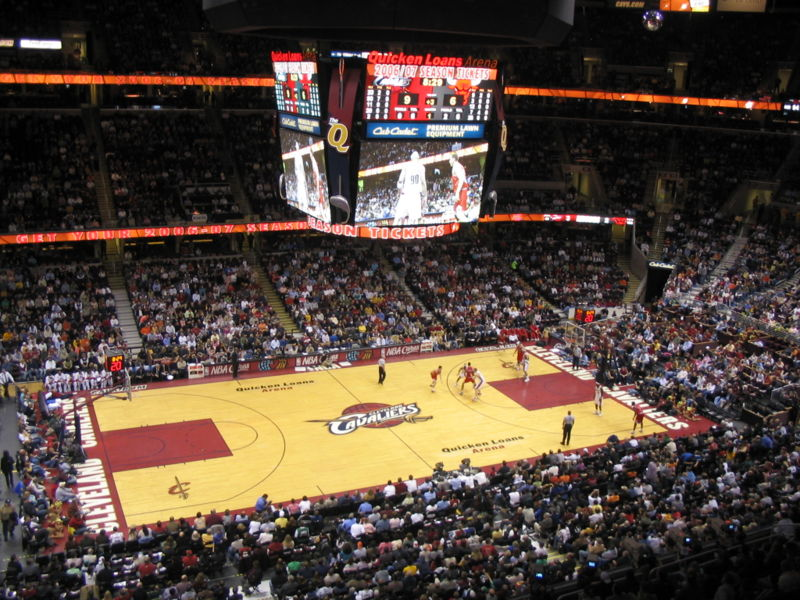 This issue of FLOW publishes in the midst of the season when our relationship with television is at its most strained. It is the end of the semester when we ought not to be watching any television and, yet, spring also features a number of attractive televisual events. April is a boom month for networks and cablers alike; from new episodes of our favorite reality, sitcom, and hour-long dramas, to sporting events and presidential “news conferences,” springtime offers a veritable bouquet of viewing options.

Two sporting events have captured the authors’ recent attention: the NFL Draft and the beginning of the NBA playoffs. The former offers a unique case study in fandom, viewership, and obsession. NFL fans throughout the country tune in to ESPN and ESPN2 for the sixteen-plus hours of coverage with rapt attention. Following their teams’ picks, speculating on the impact of new players, criticizing commentators, GMs and coaches, fans welcome new beginnings and forget the failures and successes of the past in favor of hope springing eternal. The draft offers fresh perspective to all 32 franchises and signals the beginning of another sporting year. Soon the youngsters will be brought into the fold to learn, practice, work, lift, hit, run, catch, succeed, fail, and eventually play on the gridiron.

Similarly, the start of the NBA playoffs marks the beginning of a new season for hoopsters and their devotees. Such annual events are, in our opinion, one of the best reasons to own a television. The joy and pain of playoffs in any sport is unmatched in our televisual realm of experience. The drama therein captures our attention, drawing us into the competitive fold, at times at the expense of more tangible commitments. Compounding the problem of the distraction created by the playoffs is the fact that sports are always more rewarding when shared with friends. We share our passions for the games we love with those we love.

The pleasure we take in the NBA playoffs and the NFL Draft is at least as much about our local and satellite communities of basketball and football fans as it is about the Spurs playing for another championship or Alex Smith being the top overall pick. In both cases television viewing is, for us, also about community building and shared emotional experience. We can connect with our home town team and its fans from afar; we can revel in the glory that is professional sport and vicariously experience the successes and failures of millionaires; we can build and strengthen our social bonds through communal televisual experiences.

The contributors to this issue of FLOW address the various pleasures and pains associated with watching television, as well as the variety of relationships, both real and imagined that television facilitates, or, in some cases, diminishes.

Both Mimi White and Douglas Kellner consider the relationship between the media (especially television) and the Bush administration. White ponders the role of God in CBS’s Joan of Arcadia, wondering what exactly “God” is supposed to represent in the show and how the program fits into the current “faith-based” political climate. Kellner, examining television coverage of the deaths of Terri Shaivo and Pope John Paul, argues that the handling of these stories illustrates the degree to which conservatism is emerging as “the hegemonic discourse of the corporate media.” In short, the relationship between corporate television and the religious right (represented by the Bush administration) is a close one indeed.

Megan Mullen worries that rapidly advancing cable technology designed to more efficiently connect advertisers with the “right” audiences, will serve to further segregate audiences, especially according to class distinctions. She notes that when television consisted of three networks broadcasting nationally, television represented “something to share.” She sees this function of television eroding in the current television environment, which promises to give viewers ever more “choice,” but denies these privileges to those who cannot afford to enjoy them.

Thomas Streeter argues for a rethinking of the discourse of media reform, suggesting that the division between policy and textual analysis needs to be bridged. Streeter argues that media can be an outlet for self-expression and connection to others and that reform discourse would benefit from attention to these possibilities.

Jill Dolan also attends to the ways in which television can provide connections to others, although her focus is on the important role that media portrayals play in the lives of those who have been historically underrepresented in the media. She explains that Showtime’s The L Word provides pleasurable recognition of her own experiences, as well as a sense of belonging to the community that the program represents.

Finally, Mary Beth Haralovich and Trudy L. Hanson consider the ways in which television can bring folks into conversation through education. On the one hand, Haralovich reviews this year’s Academy Awards broadcast, arguing that the Academy missed a wide range of educative opportunities with the adoption of its new streamlined format. Rather than providing clips of film shorts the average viewer is unlikely to see elsewhere or explaining the technologies that are advancing the craft of filmmaking, this year’s awards presentation opted for surface “hipness.” On the other hand, Hanson, in dialogue with Henry Jenkins’ recent treatment on FLOW of programs such as The West Wing, argues that The West Wing educates viewers about the political process and creates shared knowledge amongst viewers that allows them to enter into political discussion with others.

Clearly, television serves myriad purposes, not the least of which is the shaping of a wide range of relationships.

We hope you enjoy this issue of FLOW and that it sparks conversation and contributes to the relationships in your lives. We also hope the Spurs win another championship, Matt Jones takes the Jaguars to the SuperBowl, and that we can watch all of the games with the people who make fandom a social pleasure.