by: Will Brooker / Richmond University 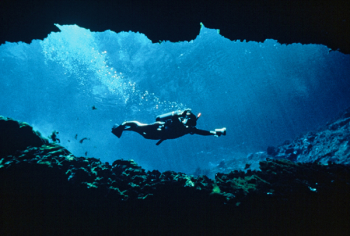 In an article from 2000, seeking a word to describe the cross-platform convergence of early 21st century popular culture – the spilling from one type of screen to another, the alliance of TV or cinema texts with interactive websites where the fiction opens up into interactive simulations – I fixed on “overflow” as an update of Raymond Williams’ 1974 coinage, “flow”. Williams was describing the disruptive, dreamlike experience of watching American television, with its constant flash-forwards of promised shows to come and flashback reminders of stories gone before; its snatches of teaser-trailers for current affairs sliced into the middle of drama series, and its lack of obvious distinction between commercials and programmes. Glossaries of cultural theory suggest two other common uses of the same term, from Deleuze and Guattari (1983), describing subversive energies that are repressively channelled and structured by bourgeois society, and Manuel Castells (1997), discussing the transit of wealth, information and finance in contemporary communication networks.

There is, however, another definition of “flow”, distinct from yet in some ways relatable to Williams’ use of the term. It is the central concept in Mihaly Csikszentmihalyi’s work, and according to Csikszentmihalyi it provides nothing less than the key to human fulfilment. Flow, in this context, is the pleasurable sensation of losing oneself in an activity – work, a game, a physical or mental challenge – and becoming immersed, with everything perfectly meshing in a harmonious state where goals are set and satisfyingly met. Flow, or “optimal experience”, involves a paradoxical balance between structure and release, between control and surrender, between heightened awareness of self and a sense of connection with others, between concentrated focus on a goal and a feeling of automatic effortlessness; time contracts or stretches and the individual merges with the activity, totally absorbed.

This sense of immersion, where the everyday is transcended and the participant enters a different state of being, a form of communion with a text, a process and sometimes with other participants, seems to offer a fascinating approach to the experience of watching television: in particular the more intense viewing practiced by fans with their favoured shows. When a devotee of 24 unplugs the telephone and disconnects the doorbell ten minutes before the programme begins; when Twin Peaks cultists prepare coffee and cherry pie for a group screening; when a viewer of Dawson’s Creek wears her Capeside High t-shirt during the episode and plays one of the show’s soundtrack CDs afterwards while participating in the virtual community at Capeside.net, these viewers are engaging in a ritual experience that aims for, if not a total absorption in the diegesis, then at least partial immersion and a liminal state of existing between the real and the fiction, temporarily removed from time and place. The sensations described by Csikszentmihalyi’s research subjects, from mountaineers through chess and basketball players to dancers – “that’s all that matters” (p.58), “it becomes your total world” (p.58), “your concentration is very complete” (p.52), “the concentration is like breathing – you never think of it” (p.53), “your comrades are there, but you all feel the same way anyway, you’re all in it together” (p.40) – could surely apply equally to the TV fan at the moment of closest engagement with his or her favoured show.

The only obstacle to applying this fascinating model to the experience of TV fandom is Csikszentmihalyi’s attitude to television. He doesn’t merely fail to mention TV viewing in his discussion of flow activities; he deliberately excludes it, denying it any such potential and only referring to it as a negative example, a contrast to more worthwhile practices. “Dance, theatre and the arts in general” are dignified as the category of mimicry, “in which alternative realities are created” (p.72); pretending or dressing-up as someone else, connecting with another identity, is praised as “stretch[ing] the limits of…ordinary experience”, and compared with tribal masking rituals. (p.73) Reading is “the most often mentioned flow activity around the world”, and studying a work of art can transport the viewer symbolically to “a separate reality” (pp.118-119) Sex and eating can be transformed from biological urges into flow experience with the right kind of discipline and discrimination. (p.101, p.114) Even trench warfare and criminal activity such as vandalism or joyriding are, according to Csikszentmihalyi’s respondents, potential sources of flow (p.68). The audience at a live concert is in a prime situation to experience flow through joint participation; yet Csikszentmihalyi allows that listeners to recorded music at home can also reach a state of flow through active engagement. These sophisticated listeners “begin by setting aside specific hours for listening. When the time comes, they deepen concentration by dousing the lights, by sitting in a favourite chair, or by following some other ritual that will focus attention.” (p.111)

This is, of course, precisely the kind of ritual that TV fans regularly engage in to prepare themselves for the experience of participatory immersion, whether as a group or solitary activity, in a visual text. Yet Csikszentmihalyi refuses to discuss television viewing as anything but a passive, brainless, numbing act – rejecting all the well-known research into active viewing and viewers’ abilities to construct their own meaning from television shows, and clinging to surprisingly primitive, old-fashioned and shamelessly unsupported prejudices about the medium. Television is like a drug, keeping “the mind from having to face depressing thoughts” (p.169) “The plots and characters of the popular shows are so repetitive that although TV requires the processing of visual images, very little else in the way of memory, thinking, or volition is required.” (p.30) “While people watch television, they need not fear that their drifting minds will force them to face disturbing personal problems.” (p.119) “Watching TV is far from being a positive experience – people generally report feeling passive, weak, rather irritable, and sad when doing it…” (p.169)

Csikszentmihalyi’s unapologetic hostility towards television is, on one level, frustrating, because his theories of flow would otherwise seem to offer productive insights into the experience of immersive viewing. However, other researchers have, equally unapologetically, drawn selectively on his work and subjected it to a “negotiated reading”, taking what works and ignoring what doesn’t. Roger C. Aden’s 1999 study, Popular Stories and Promised Lands, for instance, refers frequently to Csikszentmihalyi’s model of flow, modified in turn through Victor Turner’s use of the theory. Turner applied Csikszentmihalyi’s concepts to the experience of pilgrims visiting the religious site of Lough Derg (p.137-8), arguing that their involvement in structured ritual and the loss of self in community chanting clearly echoed the pattern of Csikszentmihalyi’s non-religious flow activities. Aden uses the same definition of “flow”, but relates it to “symbolic pilgrimage” – including the practice of watching The X-Files.

“Scully and Mulder’s adventures are envisioned as releases into the liminoid flow of an alternative world…The X-Files offers a sacred place where ‘real’ time and space are excluded, much the same way in which pilgrims experience the liminoid of communitas ‘as a timeless condition, an eternal now…'” (pp.160-162) “The deep sense of involvement these fans report,” Aden goes on, “is also similar to the ‘flow experiences’ reported by pilgrims. These experiences are moments of ‘ordered existence’ that are ‘relatively lasting and totally absorbing'”. (p.164) These last quotations are directly from Csikszentmihalyi, Aden apparently seeing no problem in citing an author who pointedly kept TV viewing off his extensive list of potential flow experiences.

Turner, as we saw, brought his study of religious pilgrimage to bear on Csikszentmihalyi and convincingly showed that “flow” could apply to religious communitas. Aden’s work on symbolic pilgrimage echoes both Turner’s research into physical journeys and Csikszentmihalyi’s notions of flow through reading and music, arguing that individuals can experience a pilgrim’s transcendence of time and place, the same sense of travel into liminality, without even leaving the room. Csikszentmihalyi, on the basis of his 1990 work Flow, would resist this latter use of his own theory, but his contempt for television and denial of its role in flow experience seems unsupported by any survey of viewer activities, whereas Aden provides interviews from his ethnographic research to illustrate his assertion that The X-Files can enable an immersive ritual experience.

Further investigation of this kind could explore the flow experiences associated with various television texts, asking for instance how a group viewing differs in this respect from individual involvement, whether science fiction and fantasy genres offer particular opportunities for symbolic pilgrimage to altered states, how repeat viewing of a beloved, intimately familiar text differs from the first, suspenseful encounter with a brand new episode of a show, and how the experience of television flow relates to that of home movie viewing and the more obviously “active” process of playing video games.

It remains to be asked whether the use of Csikszentmihalyi’s ideas to elevate and celebrate the potential of television would be in any way unethical or inappropriate, whether the benefits of applying the “optimal experience” model to a medium Csikszentmihalyi clearly scorns outweigh our duty to the original author’s beliefs and intentions, and whether we have the right to contradict and correct his cultural prejudices in expanding the limits of flow.

Mihaly Csikszentmihalyi. Flow: The Classic Work on How To Achieve Happiness, London: Rider, 2002.