Set Your Cathode Rays to Stun(ning)

I’m coming out … and I’m doing it on FLOW. I suppose that, in some ways, I’ve always known that I was a bit “different.” But the real signs started to emerge in high school, where I was frequently teased by other students. It was my taste in media, fashion, academic interests, and career aspirations that gave me away. Despite years of attempting to “project” otherwise, the truth is I am a bona fide flaming … nerd. What can I say, I loooove the sci fi, think space suits are sexy, enjoy reading about physics, astronomy, and mathematics, and desperately wanted to grow up to be an astronaut. Not long after I “graduated” with my wings from Space Camp in 1984, I quickly earned the nickname, Astro-Ott. Although I hated it at the time, in retrospect, I think it’s kind of a clever pun. So, today, I proudly announce and embrace my nerd-dom. In that spirit, this column is about what I like to call, “The best damn three hours of television in the known galaxy.” That’s right, the Sci Fi Channel’s Friday night lineup of Stargate SG-1, Stargate Atlantis, and Battlestar Galactica. 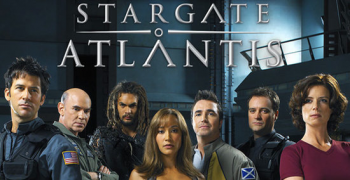 Science fiction (not unlike myself in high school) frequently takes a beating from “popular” critics. When Stargate Atlantis premiered last season, New York Times critic Virginia Heffernan described the pilot episode as “tedious” and “dull,” adding that it is destined to become “nothing more than a relic of our own unenlightened time” (p. E22). Ouch! That hurts more than a Wraith bite or a Goa’uld Zatn’kitel Energy Pistol blast. Ok, I’ll admit that some of the criticisms of science fiction are well-grounded: the “science” is often not very scientific, the plotlines are as improbable as they are formulaic, the dialogue is filled with ridiculous techno-babble (though I am still determined to build a phase-converter), and the acting is frequently wooden. Heck, William Shatner owes much of his status as a cult-celebrity to his “unique” acting style. “So … perhaps it is …time … for us sci fi nerds to … activate … our own … self-destruct … buttons.” Not!!! No, instead, I’m going to try to make a few converts … and without the aid of my brainwashing device, the neural neutralizer. My love of science fiction is pretty simple: I believe that it stages contemporary social and political concerns in a manner that allows for critical self-reflection better than any other television genre.

Despite its spectacular spaceships, exotic aliens, and dazzling special effects, science fiction is about the present, and in particular, the social and political concerns of the present. Take Stargate SG-1, for example, a series that will soon surpass The X-Files as the longest running sci fi series in television history. The “Welcome” on the official SG-1 website reads, “Step through the Stargate with General Jack O’Neill (Richard Dean Anderson) and his SG-1 team of soldier-explorers as they travel instantaneously to other planets–meeting aliens, forging diplomatic ties, establishing trade … and best of all, kicking intergalactic-terrorist butt!” (See Stargate on SciFi). Sound like the foreign policy of any nation you know? The U.S. deploys its soldier-explorers (read: just soldiers) around the galaxy (read: globe), meeting aliens (read: anyone who is not an “American”), and kicking terrorist butt (read: sanctioning and sometimes bombing those who reject American ideology). By “staging” contemporary foreign policy in a fictional intergalactic setting, Stargate SG-1 allows us to reflect on the ways we name and respond to “cultural difference.” It raises questions about when and if we should become involved in the affairs of other worlds (read: nations). You may not agree with the policies of Stargate Command every week, but you can’t help but reflecting on U.S. policy as you watch. 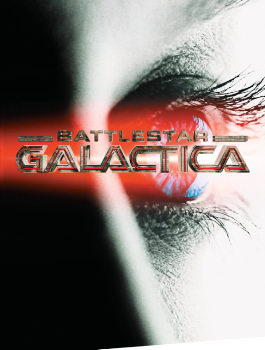 Still not compelled to release your inner nerd? Let’s reflect for a moment on the Sci Fi Channel’s latest venture, Battlestar Galactica. This program is not so much a staging of current U.S. foreign policy as it is a staging of current U.S. fears about global politics. On the surface, the series appears simply to be a re-hashing of the short-lived 1978-79 series by the same name. Although both versions story a clash between humans and robotic Cylons, their narratives differ markedly. In the original series, the Cylons were obviously mechanical; they symbolized the fear of losing our humanity to technology (at a time of rapid technological innovation no less). In the new series, by contrast, the Cylons “look” human — a fact that viewers are reminded of at the outset of every episode. Describing the premise of the new series, Ned Martel writes, “The Cylon attack is sudden, in violation of a shaky truce, and perpetuated by sleeper agents. The eerie onset of cataclysm on the various planets … deliberately evoke[s] Sept. 11 horrors” (p. E10). In the new series, the whole of humanity is threatened by a few Cylon sleeper agents (read: terrorists and insurgents) who “look” human (read: but aren’t “really” human). Battlestar Galactica, then, is a symbolic “working out” of social fears, namely the fear that a network of not-really-human agents could suddenly and without warning destroy us and our world. But as Commander Adama (played brilliantly by Edward James Olmos) intones in the premiere episode, “We still visit all of our sins upon our children”–a statement that Martel interprets as a warning to viewers about the dangers of “colonialism or any paternalistic form of arming future enemies” (p. E10). Now that’s a message worth reflecting on–one that resonates, I hope, as something “more than a relic of our own unenlightened time.”

So, yes, Stargate SG-1, Stargate Atlantis, and Battlestar Galactica do rehearse the tired conventions of science fiction. But chief among those generic conventions is the staging of contemporary social and political concerns. Star Trek storied the Cold War, The Matrix storied anxiety over simulation and network culture, and the Sci Fi Channel’s Friday night lineup stories contemporary global politics. So, I watch. Not because of some childhood dream of blasting into outerspace, but because I want to better understand how our culture expresses its concerns, fears, and feelings about the world and “our” place in it. And it is why I urge you to watch as well. As Captain Kirk might say, “Set … your cathode rays… to stun(ning).”