Why Fox News is a Good Thing 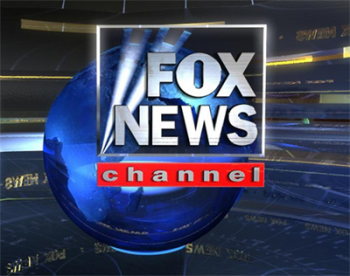 For many liberals, centrists, and leftists, the Fox News Network is a whipping boy, a monstrous example of what happens when deeply politicized, fiercely partisan media mavens rule the roost. And in many ways, this is an accurate diagnosis. Fox News operatives described the Taliban as ‘rats,’ ‘terror goons,’ and ‘psycho Arabs’ during the 2001 conflict, for instance, and the network accompanied 2003 anti-Iraq war protests in Manhattan with a ticker-news crawl taunting the demonstrators. When The Simpsons, a program on its network cousin, mocked this with ‘Do Democrats cause cancer? Find out at foxnews.com,’ Fox News threatened the creator with legal action. As the noted CNN foreign correspondent, Christiane Amanpour, told CNBC after the war: ‘television and, perhaps, to a certain extent, my station was intimidated by the administration and its foot soldiers at Fox News. And it did, in fact, put a climate of fear and self-censorship, in my view, in terms of the kind of broadcast work we did.’ She was immediately derided by Fox as ‘a spokeswoman for Al Quaeda.’

It can be no accident that Fox News Channel, which employs few journalists and staffs only four foreign bureaux, has the most pundits on its payroll of any US network — over fifty in 2003. There has also been a malign Fox-effect on other networks. Despite Fox’s claim that it is less liberal than CNN, each delivers pro-Bush positions on foreign policy as if they were organs of the Pentagon. During the invasion of Iraq, both MSNBC and Fox adopted the Pentagon’s cliché ‘Operation Iraqi Freedom’ as the title of their coverage. Viacom, CNN, Fox, and Comedy Central all declined to feature paid billboards and commercials against the invasion. Fox News Managing Editor Brit Hume said that civilian casualties may not belong on television, as they are ‘historically, by definition, a part of war.’ But CNN instructed presenters to mention September 11 each time Afghan suffering was mentioned, and Walter Isaacson, the network’s President, worried aloud that it was ‘perverse to focus too much on the casualties or hardship.’

So what is the difference? CNN and Fox market themselves differently — the former to urban, highly educated viewers, the latter to rural, less-educated viewers. One functions like a broadsheet, the other like a tabloid, with CNN punditry coming mostly from outsiders, and Fox punditry as much from presenters as guests. CNN costs more to produce and attracts fewer routine viewers (but many more occasional ones). It brings in much higher advertising revenue because of the composition of its audience, and because its fawning and trite business coverage addresses high-profile investors and corporations in ways that Fox’s down-market populism does not.

Does all of this amount to Fox being a disgrace? Let us rather say that it is breaking the boundaries in its routine denunciation of the other media as ‘elitist,’ and its rabid partisanship — but that it is effectively no less tied to the Washington line than are its competitors. Perhaps something good can even come of the Fox-effect. Imagine a scenario in which, as applies in virtually every wealthy, highly-educated democratic nation, the media declare themselves politically (think of the Guardian versus the Daily Telegraph in Britain) and then go out and do actual reporting — not chasing tornadoes or screaming opinions, but compiling stories about the conduct of governments and corporations. It would surely be better than endless, tired fights over objectivity that inevitably lead to more and more punditry and less and less research, more mavens and fewer journalists.

Let’s take the sting away from Fox by acknowledging that it is correct — there is a consensus in television news; it is mildly liberal, but wholeheartedly endorses the Bush Administration; and Fox is more wholehearted in its endorsement of the Administration that its competitors. Then let network news and the cable “specialists” actually go forward and find stuff out, rather than throwing punditry at the viewers, night after night, day after day. That would be journalism worthy of the name, and it could come from competing for stories rather than competing for noise.