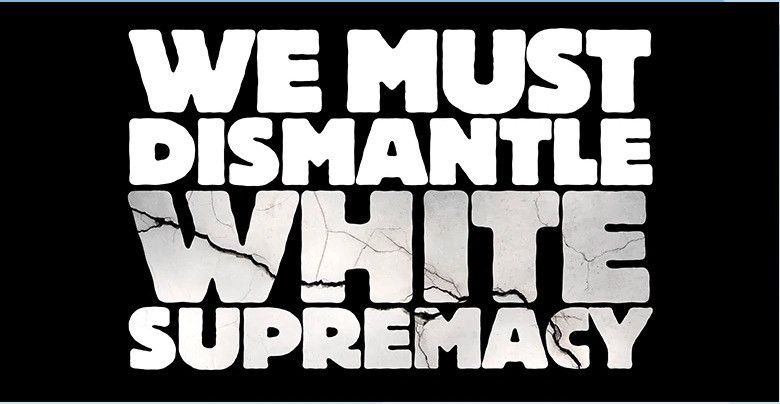 By now we have all been inundated with “Black Lives Matter” statements from every company, institution, and organization that we have ever patronized. Organizations ranging in size from the majors like the NFL and Walmart to smaller ones like local restaurants and elementary schools have made sure to share via social media, business websites, and email their sentiments supporting black lives, denouncing racism, and committing to diversity. This all comes in response to the ongoing protests of the murders of George Floyd, Ahmaud Arbery, Breonna Taylor, and others who have recently lost their lives to police violence. However, in a sea of public statements, Ben & Jerry’s managed to stand out in comparison to other corporations. Their statement directly addressed systemic racism, offered suggestions for national reform, and promoted additional articles from their website for further education on topics related to the Black Lives Matter movement. In the midst of an abundance of public conversation discussing racial reform, I question what role—if any—do corporate public statements play in the fight against white supremacy? Is verbally saying you support black lives enough when capitalism in itself has been so intertwined with the systems that perpetuate racism in the first place?

Ben & Jerry’s statement, titled “Silence Is NOT An Option,” was shared on all their social media platforms on June 2, 2020—one week after protests began in Minneapolis, MO. It states,

“The murder of George Floyd was the result of inhumane police brutality that is perpetuated by a culture of white supremacy. What happened to George Floyd was not the result of a bad apple; it was the predictable consequence of a racist and prejudiced system and culture that has treated Black bodies as the enemy from the beginning. What happened to George Floyd in Minneapolis is the fruit borne of toxic seeds planted on the shores of our country in Jamestown in 1619, when the first enslaved men and women arrived on this continent.”[ (( https://www.benjerry.com/about-us/media-center/dismantle-white-supremacy.
))]

It goes on to call out the racism perpetuated by Donald Trump and urges Congress to pass a bill to study racism in order to assess the appropriate remedies. What makes their statement standout in comparison to other public statements is the fact that they called out police brutality, named the source—white supremacy—and actually suggests actionable items that need to take place to address racial injustice. 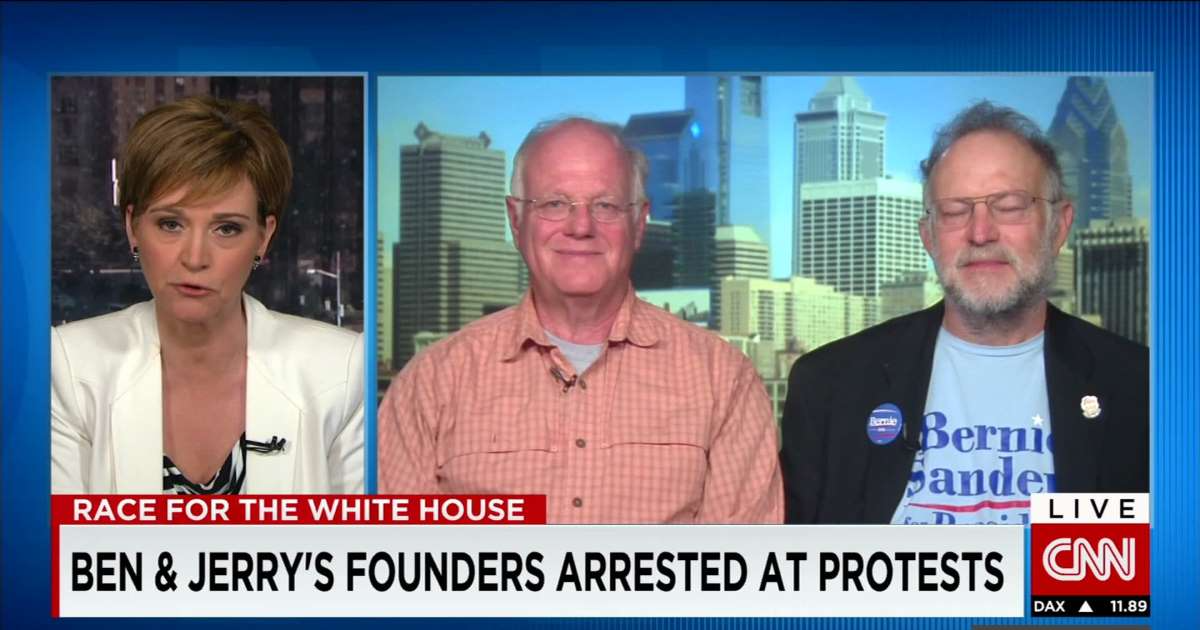 Corporations using social causes as a branding strategy is not a new phenomenon, but rather a strategy that continually transforms over time. Corporate Social Responsibility (CSR) emerged as a tactic in the 1970s as a means for corporations to “align themselves with social causes to bolster their reputations as good citizens.”[ (( Mukherjee, R., & Banet-Weiser, S. (2012). Commodity Activism: Cultural Resistance in Neoliberal Times. NYU Press. p. 11. ))] This has historically been done through donating business proceeds to a particular cause, fair business practices, community engagement, environmental consciousness, sponsored public service announcements, etc. The goal of this ultimately isn’t to be good, but to look good and in turn, earn consumers’ loyalty. However, in the age of online movements like #blacklivesmatter and #metoo, the latest iteration of CSR is corporations “using their platform” to make public statements about causes. This is done through social media posts, email blasts, press conferences, and native advertising. Corporations are using all their available tools to brand themselves as socially conscious and social justice-centered.

What is interesting is that this moment heavily focusing on the murder of George Floyd is starkly different from the last major protests that occurred in August of 2014 in Ferguson, MO that started as a result of the murder of 18-year-old, Mike Brown, when very few corporations released public statements supporting the Black Lives Matter movement. What we are seeing is that corporations now realize that consumers want to buy from organizations that care about social justice and racial equity. According to a 2020 study by the Pew Research Center, 67% of Americans state they support the Black Lives Matter movement[ (( https://www.pewsocialtrends.org/2020/06/12/amid-protests-majorities-across-racial-and-ethnic-groups-express-support-for-the-black-lives-matter-movement/. ))]; that number has grown from 43% in 2016.[ (( https://www.pewsocialtrends.org/2016/06/27/4-achieving-racial-equality/. ))] Moreover, according to a 2018 study by the Shelton Group, 86% of consumers believe companies should take a stand for social issues, and 64% of those consumers are very likely to purchase from a company that makes a pledge.[ (( Brands & Stands: Social Purpose is the New Black. (2018). The Shelton Group. Retrieved June 18, 2020, from https://sheltongrp.com/insights/brands-stands-social-purpose-is-the-new-black. ))] As consumers’ concerns shift, corporations’ CSR efforts shift with them. 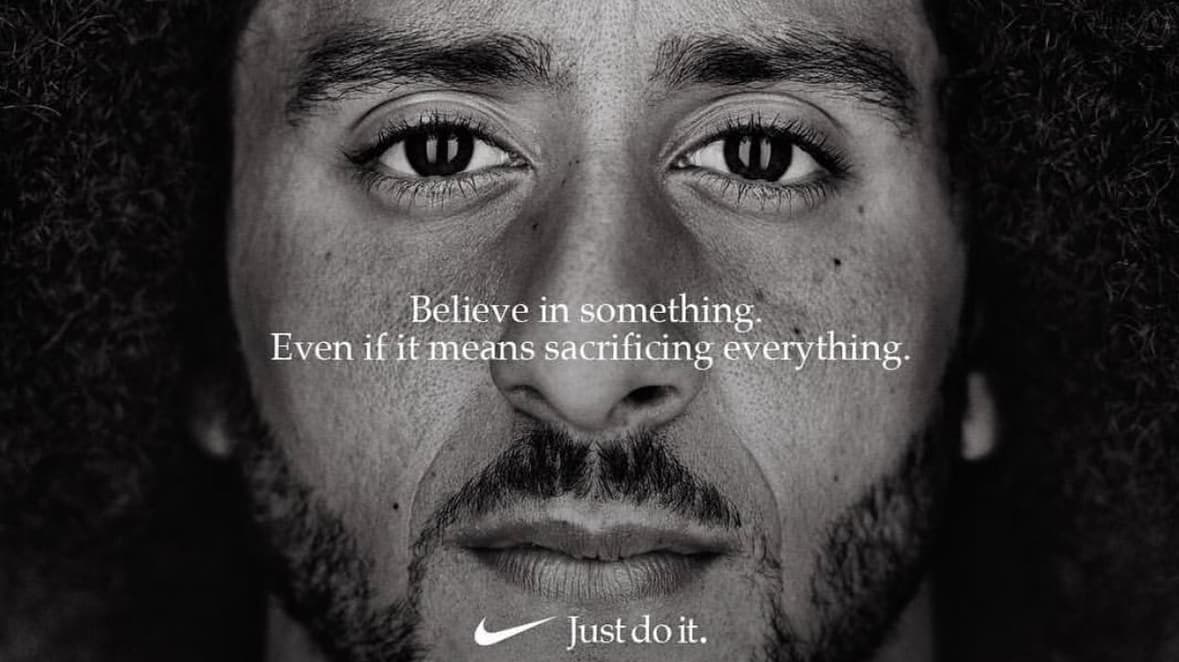 We saw an example of this in 2018 when Nike backed Colin Kaepernick in their “Dream Crazy” ad where they seemingly supported the former quarterback who was allegedly blackballed from the NFL for protesting police brutality by kneeling. By hitching their wagon to Colin Kaepernick, Nike was able to brand themselves as also being against the police brutality he was protesting. While the ad received a ton of initial controversy, ultimately Nike reached the audience they were interested in appealing to—young social justice minded consumers, and sales went up.[ (( https://time.com/5390884/nike-sales-go-up-kaepernick-ad/. ))] In an article on Vox, scholar Sarah Banet-Weiser situates consumer’s desire for socially aware corporations as commodity activism—the practice of merging social and political activism with marketing commodities.[ (( https://www.vox.com/first-person/2018/9/7/17831334/nike-colin-kaepernick-ad. ))] Banet-Weiser states that, “whether challenging police brutality or questioning unattainable beauty norms, branding in our era has extended beyond a business model: It is now both reliant on and reflective of our most basic social and cultural relations…Individual consumers act politically by purchasing particular brands over others in a competitive marketplace, where specific brands are attached to political aims and goals.” By purchasing from social justice oriented organizations, consumers feel as though they are contributing to the greater good through their purchase decisions.

In a moment where cancel culture is prevalent, lack of racial sensitivity is a marketing faux pas (see Starbucks, H&M, or Gucci). By releasing public statements in support of racial equality, organizations attempt to signal to their stakeholders that they are invested in racial reform so consumers will continue to patronize their businesses. For Ben & Jerry’s, this strategy has been effective because consumers see their previous social justice efforts, along with their business practices, in conjunction with the overall ongoing vocalness of the founders. On June 5, 2020, one consumer posted on Facebook, “Today I learned that Ben N Jerry founders were arrested at protests. Not only that, the reason their ice cream is so overpriced is because they hire ex-cons and pay them $16+ which is OVER the minimum wage. LETS BUY THAT OVERPRICED ICE CREAM FROM NOW ON! UPDATE: I forgot to add, the extra money they make each year is DONATED TO HELP OTHERS. THIS A COMPANY.”[ (( https://www.facebook.com/marche.lawton/posts/2687043534732853. ))] This post got 38 thousand likes and 126 thousand shares, which works as great word of mouth marketing for Ben & Jerry’s. Similarly, after their public statement was released, many on Twitter tweeted in support of Ben & Jerry’s and vowed to support their business because they support the Black Live Matter movement. This is how commodity activism works: consumers feel empowered in their business decisions. 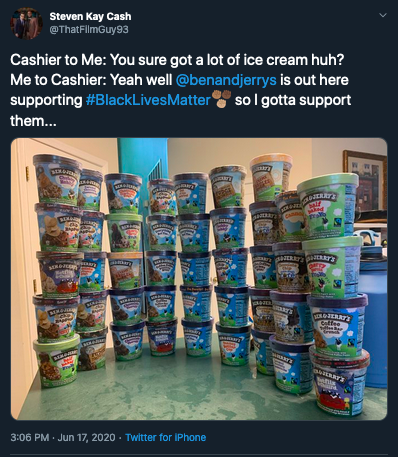 Not every company has received the same support as Ben & Jerry’s for their public statements, though. Some companies’ statements have been viewed as hollow, performative, or dancing around the real issues. The NFL, for example, has released three public statements denouncing racism since protests began because many feel their words don’t match their actions. Each statement they release stating that they support black lives is met with criticism for the way they allegedly blackballed Kaepernick for protesting the very same police brutality they now claim to be concerned about. Additionally, employers and higher education institutions around the nation are flooded with comments under their “diversity and inclusion” social media posts from people who have suffered racism within these organizations. I believe the disconnect lies in a lack of accountability from corporations on their contributions to existing systemic racism and stating actionable items of how exactly they intend to dismantle it.

Systemic racism is the foundation of America’s capitalistic economic structure. Going back to slavery, black bodies were used as literal capital and the afterlife of slavery is visible in the present day in the way black consumers are disproportionately undervalued, underrepresented, underpaid, culturally appropriated, underfunded, and police violence and mass incarceration fuel prison labor that is used by many major corporations. Corporations must take into account how capitalism has quite literally oppressed black people in America to boost their bottom lines. Corporations must be accountable for the ways in which white supremacy is the foundation of American commerce beyond just acknowledging that systemic racism exists and stating that they have always been “committed” to equality.

A statement by American Studies Association President, Scott Kurashige, asserts that, “Every institutional statement rightly expressing remorse or outrage at the death of George Floyd and other victims of racist violence must include substantive steps that institutions will take to confront antiblackness and white supremacy in admissions, hiring, retention, research, curriculum, fundraising, alumni and community relations, and athletics.”[ (( https://www.theasa.net/about/news-events/announcements/asa-presidents-statement-black-lives-matter-rebellion-2020?fbclid=IwAR2NKacU0PBtD5YTr2raV8ocmYfFZWdEgq3sGsEAM-4xzv5_tnk-ntubQ44. ))] Though this statement is primarily directed at institutions of higher education, the takeaway message rings true for corporations too: public statements must go beyond lip-service but address systemic racism at every level of their organization. Moreover, instead of simply denouncing racism as “bad”, they must list clear, measurable steps to eradicate it both within their organizations and within the communities they serve. This needs to be an ongoing process and not just a reaction AFTER situations of extreme racism, like police brutality, occur. This does the work towards dismantling white supremacy in addition to functioning as positive branding for organizations wanting to keep up with consumer’s desire for social awareness.

The public statements by Ben & Jerry’s and others reflect the ways politics and social justice are integrating with public image in the digital age. Ben & Jerry’s epitomizes Banet-Weiser’s concept of commodity activism. Their use of “social good” as a marketing technique is just that, a technique to make them more money. They have mastered this technique as their brand image and it is bringing them in hundreds of millions of dollars annually, making them one of the top-earning ice cream brands. However, while capitalism goes hand in hand with racism, through our purchase decisions we as consumers have the power to push corporations to at least make efforts towards racial equity via their business practices. It appears that Ben & Jerry’s is attempting to do the work by using fair trade ingredients, donating to several causes, partaking in civic engagement, responsibly using their platform to draw attention to issues, utilizing fair employment and hiring practices—their recent public statement is just the cherry on top of the sundae. Black Lives Matter is more than just a public statement, but a call to action.