Let’s Get Small: The Year When the Record Industry Broke and Listeners Became Crazy, Mixed Up, Downloading, File-Sharing Freaks 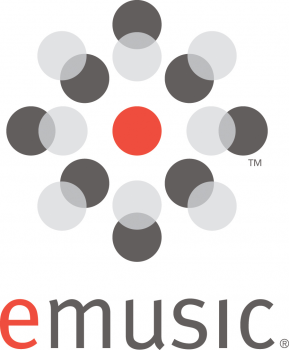 Like so many teachers, the end of the year for me is a time to catch up. Many of you may be catching up with unviewed programming, unopened letters or unread books you started in September but had to put down once the midterms, students and committee obligations rolled in for the next 10 to 16 weeks. For me, that means looking at end-of-the-year best of lists, particularly for popular music. Compared to film and television, trends in popular music move at light speed. The relatively low amount of investment capital it takes to produce a quality set of recordings has meant that significant aesthetic movements like local music scenes and subgenres can rise and fall without making an impact on the charts or popular consciousness. What this means for someone like me, someone who doesn’t get out to live music as often as they once did or has the free time to simply explore pop music with friends and music lovers alike, is that I play catch up when I can and my month-long holiday break truly becomes that most wonderful time of the year.

And Lord knows I need that time to catch up. To paraphrase Robert Christgau, unless you are obscenely wealthy or a professional music critic you probably aren’t going to have enough time and money to follow the vast set of genres and artists that constitute contemporary popular music. Furthermore, because social networks tend to depreciate and/or stagnate in terms of variety and numbers as one ages, an inverse relationship between your age and you’re your knowledge of contemporary popular music quickly develops. Put simply, the older you are, the less likely you will know or care to know who Young Jeezy is and why he is a “Soul Survivor.” So, in finding the time to read my issues of Spin, troll the web and have some old-fashioned discussions with my local hip baristas about “what I should be listening to”, a number of issues arose. While I finally had the time to listen to those Antony and the Johnsons, Bloc Party and Clipse records that had piled up, the story of 2005 lied not so much in what one listened to, or even in the fact that there was as much good music in 2005 as I can remember. The story of 2005 didn’t even reside in how one listened to music, but in how the listeners got those recordings. In other words, as I went about my days of reading, writing and grading, the kids had not only bought new music, but there were new ways of buying music. As illegal file sharing sources such as Kazaa and WinAmp were effectively slowed down, more and more legitimate distribution networks were established. In 2004 iTunes could claim a million song catalogue and by 2005 emusic, which specializes in independent music distribution, also met the million song mark. As one Major Label A&R person told me late in the year, “We finally plugged the holes in the system.” Furthermore, not only did those iPods get smaller and smaller, more and more listeners had gone from being curious about iPods in 2004 to finding them absolutely essential only one year later. But the most important story of the year wasn’t the iPod Nano, it was that an effective infrastructure of legal file distribution was finally in place. As a result, the music industry can put a stake in the heart of disk distribution. The combination of legal networks and a significant portion of the audience walking around with 60GB hard drives meant that, sometime in the last 12 months, both audiences and industry alike uttered a collective “iacta alea est” and crossed a “technological” Rubicon.

Just like any gamble, what exactly the outcome of all of these new organizations and their effects will be on listening and production is not clear. What is clear are the numbers. And the numbers tell us that audiences are buying significantly fewer and fewer pre-recorded discs. As the radio industry website fmqb.com noted in an end-of-the-year article (December 30, 2005):

“While there’s still two more days for cash registers to ring in 2005, sales of albums in the U.S. should come in around seven percent behind last year, according to Nielsen SoundScan, however, digital downloads have more than doubled in the past twelve months.”

There was even more bad news for the disk-oriented portion of the industry, which was already in a slow, but steady decline. With the exception of the less-than-outstanding 1.9% rise in number of CD units shipped in 2004, according to the RIAA the years of 2001 (-6.4%), 2002 (-8.9%) and 2003 (-7.1%) confirm the diminishing importance of pre-recorded music. Compare this to the rise of legal downloads skyrocketing between 2004 and 2005 and one certainly does not need a crystal ball to notice that the 148% upward trend (134.2 million to 332.7 million) speaks volumes. And less than 10 days into 2006, Billboard reports that, “In the seven-day stretch between Christmas and the new year, millions of consumers armed with new MP3 players (primarily iPods) and stacks of gift cards gobbled up almost 20 million tracks from iTunes and other download retailers.”

Again, the key is not to confuse consumption with distribution. Despite what Ken Tucker claimed on a December 20th, 2005 interview on Fresh Air, it isn’t consumption that changed. People may not be buying discs, but they are buying laptops and digital music players. Lest we forget, an iPod is little more than a small but powerful record and playback device. And while “podcasting” and “TIVOing” of television may be a radical change for television and radio, concern about “time shifting” performances began to dominate the music industry beginning in the 1930s. By the late 1940s, when long play and magnetic tape recordings began to outstrip sheet music in terms of sales and industry importance, time shifting had effectively become the rule of thumb for musicians and listeners alike. This isn’t to say that the musicians thought that time shifting was good idea. In fact, they vehemently resisted in the form of two national recording bans, but that’s another story (Anderson 2004). 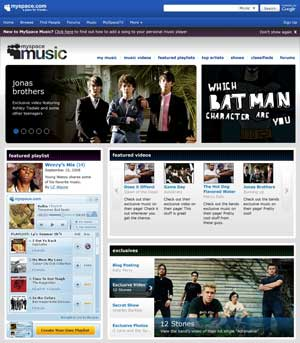 What is interesting is that artists such as Clap Your Hands Say Yeah and Annie may be the first two critically revered pop music acts to rely more so on the distribution capabilities of the internet not simply to outflank broadcast radio, but in a direct-to-listener micro fashion that effectively grants music and bands a “personalized” aura. In fact, while major labels still aim for the distributive potency of radio airplay (it’s still the only way to move a million units or more), more and more artists are utilizing various computer and Internet networking techniques for viral marketing opportunity. And these techniques are effective. For example, while my students rarely speak about radio stations, they do talk about the songs they hear through their peers online playlists and personal sites such as those found on MySpace.com. And just like a virus that you can catch simply because you briefly connected with a fellow traveler, popular music is no longer something that we need to go some specific place to hear or purchase.

(a) Clap Your Hands Say Yeah (b) Annie

What this has meant for someone like myself is that assignments I used to give in popular music classes regarding music purchasing no longer have the pedagogical impact that they once did even 5 years ago. Because more and more of us no longer go to record stores (or even frequencies on the dial), a specific musical geography is dissolving around us as the music industry has adjusted to make bricks and mortar. Over 18 months have passed since Virgin shut down a number of its US-based megastores, leaving my city of Columbus, Ohio with second tier acts such as FYE to fill the bill as a local catalogue store. At the end of December part of that second tier began to fall as Media Play, a chain associated with FYE through the holdings of Trans World, announced it would, close the doors to all 61 of its stores, including the four in the Columbus area. If poor fourth quarter reports slammed the doors of the chain shut, the poor Christmas season of 2005 was the equivalent of Snidely Whiplash throwing the chain’s possessions into the cold with one hand while changing the locks with his other. And while this Christmas season was bad for many retailers, for many music retailers it was simply beyond the pale. According to the same article,

“The biggest drop during the season was in music sales, which were down 15 percent. However, sales of electronics and other equipment were up 3 percent, he said.
The soft season comes at a time when many entertainment retailers are struggling. And the trade newspaper Billboard reported that U.S. album sales were down 10 percent in 2005, although digital sales tripled in the 53-week comparison.
Rocky Roy, owner of Music Shack in Colonie, can empathize. He said the CD and music store saw holiday-season sales decline 15 percent in December from a year ago.
I get the feeling, based on the sale of iPods, that’s going to continue,” he said.”

Indeed, that loss will continue and we should recognize that we are at the beginning of one of those unique cultural moments, a moment where we end one mode of distribution and begin another, a moment that cuts both ways. I assume I will miss my catalogue stores, look forward to my trips to San Francisco, Phoenix and New York so I can visit Amoeba, Zias and Towers, and continue to frequent a number of smaller used and specialty shops. But I can’t say this kind of longing for a media space has any place in my student’s lives. While the extinction of the large, well-stocked, colorful, multi-genre record store is inevitable in all but the most hip, urban American centers does not exactly signal the demise of a overly centralized system of control, it does make it clear that many of the centralizing forces of geography have been effectively removed. And while I may mourn the loss of the record store as an element central to the popular music experience, it is something that I hope artists and producers will continue to organize around. If we no longer have to press as many physical discs let alone pieces of cover art, then maybe our investments can get so low that we won’t have to worry so much about making a video or paying for the airplay that is so persuasive that when we see or hear it we are forced to get up, leave our houses, drive to our local Sam Goody and plunk down $15 to $19 on a CD with only two good songs. Maybe this will be one of those moments when the music industry can become, for lack of a better phrase, “fun” again, something it hasn’t been in years. And as bottom line excessive as capitalism wants us to become, perhaps we can find some time at the beginning of the post-disk era to explore what it would mean to live in a pop music world where artists and producers need not deal with those excesses that so many of us believed had become part and parcel of the music industry. Maybe we will get a chance to, like punks in the late 1970s and hip hop of the early 1980s, once again see what it means to get really small together.

Work Cited:
Anderson, Tim J., “Buried Under the Fecundity of His Own Creations: Rethinking The Stockpile, The Standing Reserve and the Recording Bans of the American Federation of Musician, 1942 to 1944 and 1948,” American Music, Summer 2004.

3a. Clap Your Hands Say Yeah